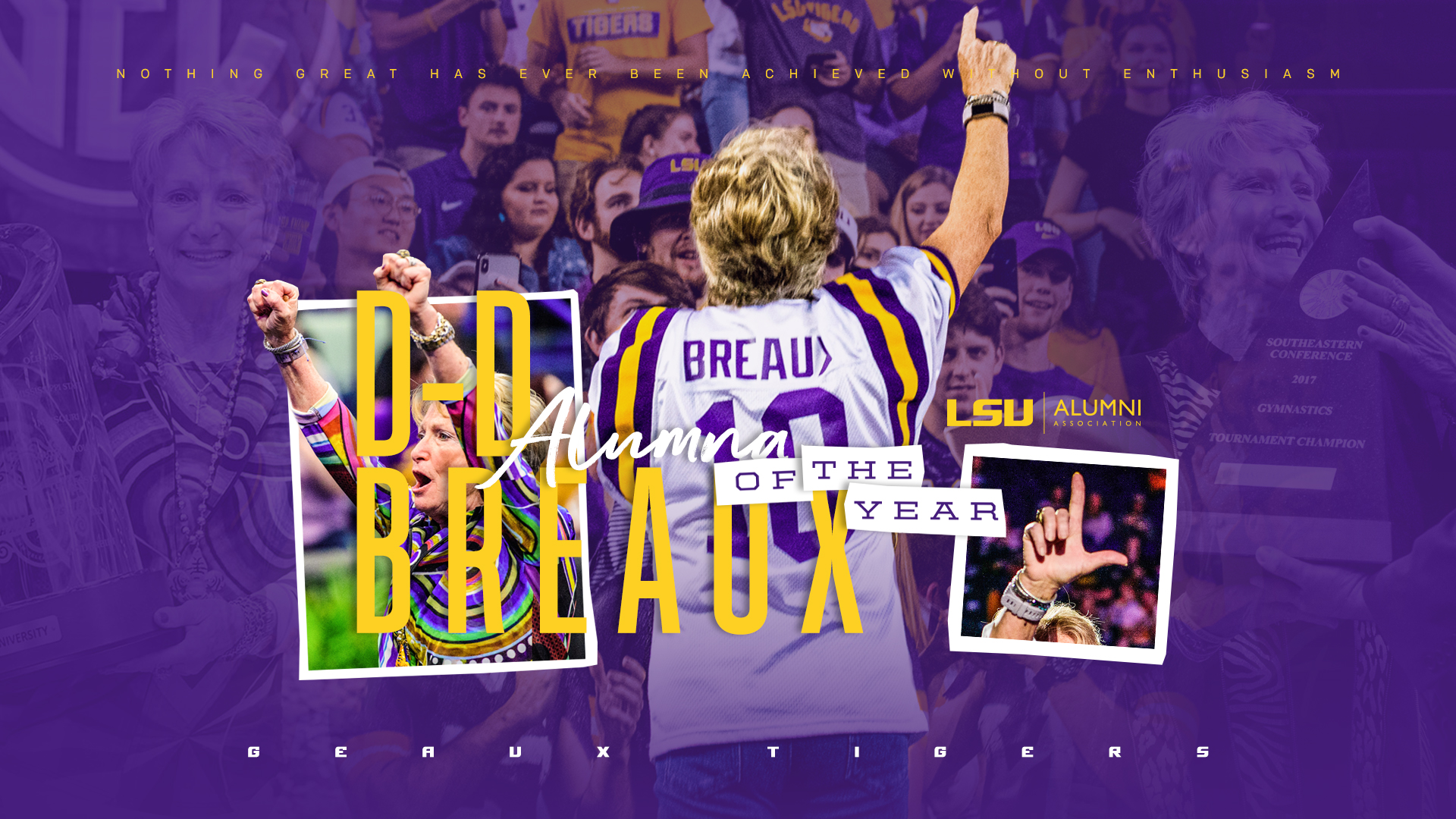 “This award considers all of a recipient’s contributions to LSU as a whole, Breaux said. “It transcends athletics and my career as a coach and recognizes my work as LSU’s representative in the community. The award acknowledges efforts on behalf of all of the LSU Athletic Department support units. It represents all of the student-athletes, the assistant coaches and the “village” of people who have worked hard throughout my career to support LSU Gymnastics.

I am blown away by this honor.  Thank you to the Alumni Association for allowing me to be part of a group of outstanding individuals who love LSU. I will always bleed purple and gold. Forever LSU”.

Breaux will be honored alongside Jordan Davis, the Young Alumnus of the Year, on Friday, April 1, 2022. The 2022 LSU Alumni Hall of Distinction also includes Cate Heroman, a veteran teacher, administrator, advocate, consultant, coach, author, and Knock Knock Children’s Museum volunteer; Gil Rew, a dentist in private practice in Mansfield, La.; and Ivory Toldson, president and CEO of the QEM Network, professor of counseling psychology at Howard University, and editor-in-chief of The Journal of Negro Education.

Breaux, the longest tenured coach of any sport in SEC history, built the LSU program into a national powerhouse during her forty-three seasons. As the “Dean of Coaches,” she represented the university at the highest level in the gym and in the community, dedicating her life to LSU and the more than 200 gymnasts she coached over the years.

“The LSU Alumni Association annually recognizes alumni who have distinguished themselves and the university through their careers, their personal and civic accomplishments, their volunteer activities and their loyalty to their alma mater,” said Gordon Monk, association president and CEO. “These individuals have excelled in all of these areas and exemplify the essence of a true Tiger.”

The first LSU Alumnus of the Year award was conferred in 1966; the Young Alumnus of the Year Award was established in 1999 to recognize alumni who have attained professional prominence early in their careers. Including the 2022 inductees, the LSU Alumni Association has recognized 324 individuals representing a cross-section of LSU graduates.

Gymnastics Moves Up To Eight In Rankings

Gymnastics Moves Up To Eight In Rankings