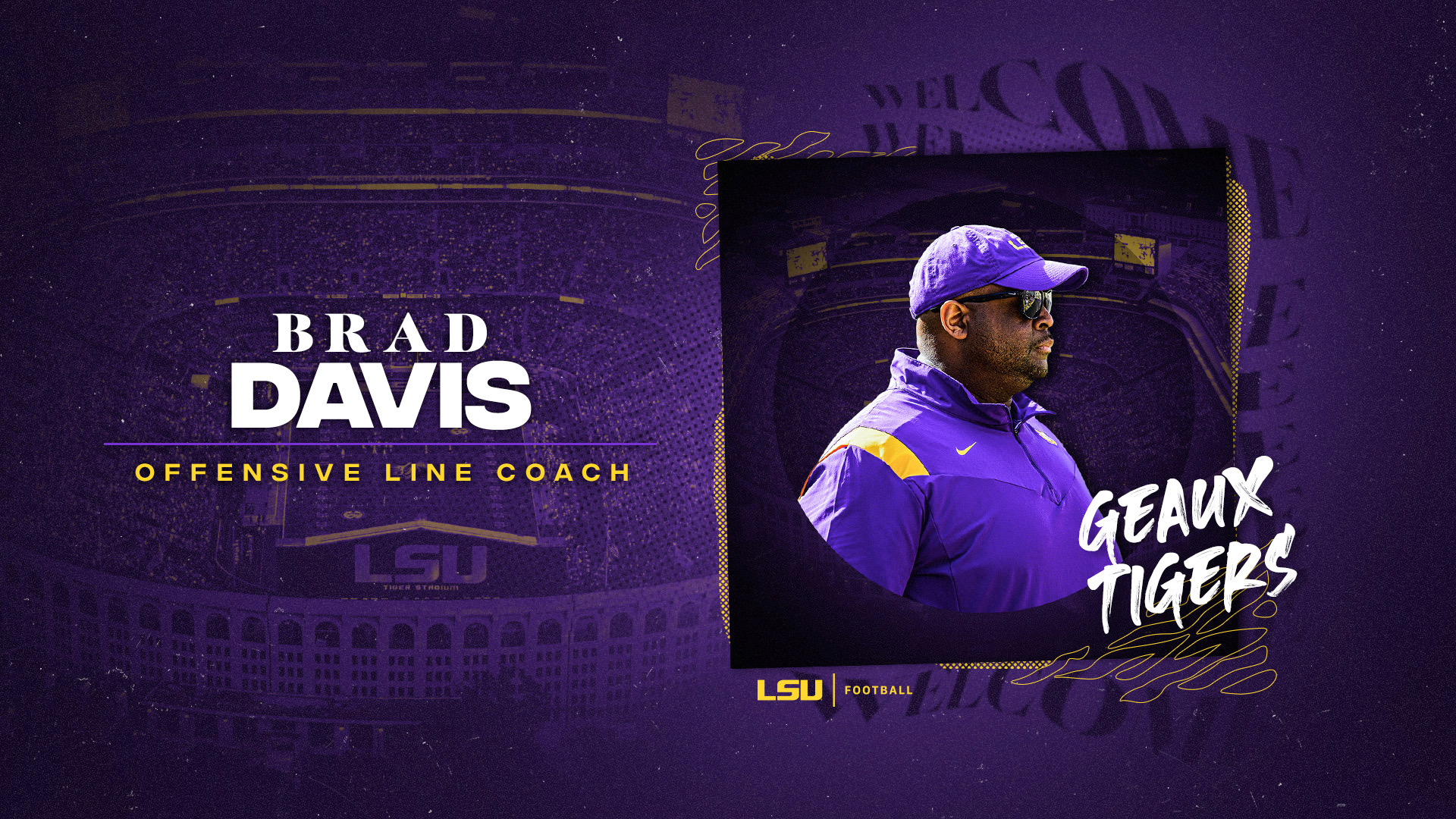 Davis, a Baton Rouge native who is currently serving as LSU’s interim head coach for the Texas Bowl, is in his first season with the Tigers. He joined the LSU staff in June after one season at Arkansas.

“Brad Davis is an exceptional teacher of the game and leader of young men, and his passion and dedication to this university and this community are second to none,” Kelly said. “Our offensive line has made tremendous strides under his leadership this season, and his expertise and technical knowledge of offensive line play will remain vital to our program. We are thrilled he will continue to recruit and develop elite student-athletes at LSU.”

“As a Baton Rouge native, I’m extremely grateful to represent LSU, and I remain fully committed to helping Coach Kelly and this staff win championships,” Davis said. “I’m going to continue to work as hard as I can to give our student-athletes the best opportunity for success and to make our fans proud.”

In his first year with the Tigers in 2021, Davis developed an offensive line that improved each week of the season. Despite starting 11 different players on the offensive line, the most of any school in the nation, Davis’ group played its best football during the final month of the regular season.

LSU’s 2021 offensive line featured All-SEC guard Ed Ingram along with Shanahan and senior tackle Austin Deculus, who has appeared in more games (60) than any player in school history. The line also helped pave the way for 1,000-yard rusher Ty Davis-Price.

A member of Oklahoma’s 2000 national championship team, Davis returned to his hometown over the summer after spending one year helping turnaround an Arkansas program that won eight games this season.

Davis’ last five years have been spent in the Southeastern Conference as he coached the offensive lines at Florida (2017), Missouri (2018-19) and Arkansas (2020).

During his coaching career, Davis has had 15 of his offensive linemen earn all-conference honors.

Prior to joining the Florida staff in 2017, Davis coached the offensive lines at North Texas (2016), East Carolina (2015), James Madison (2014), and Portland State (2009-13). At James Madison, Davis also served as the co-offensive coordinator for a Dukes team that finished 9-4 and earned a spot in the FCS Playoffs.

In addition to his college coaching experience, Davis was part of the NFL’s summer internship program, working with the Jacksonville Jaguars in 2011 and the Seattle Seahawks in 2012.

The Baton Rouge native prepped at Belaire High School and later went on to an outstanding playing career at Oklahoma. A 2003 graduate of Oklahoma. Davis was part of two Big 12 championship teams and the 2000 national championship team. He was named the team’s Most Valuable Offensive Lineman in 2002.

Davis and his wife, Anecia, have two sons, Bradley and Brayden.