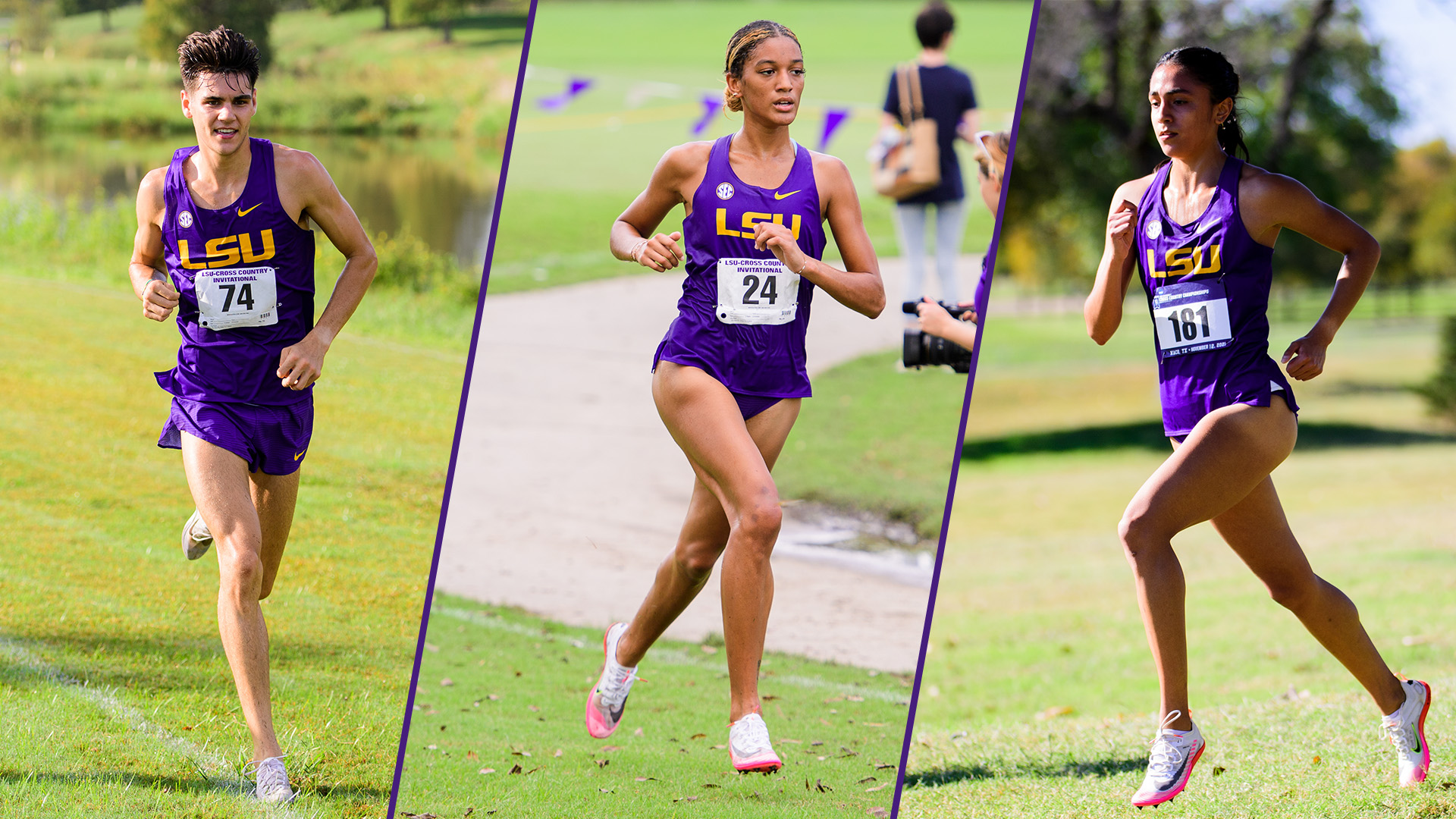 Baton Rouge, La. – Seven representatives from the LSU cross country program were awarded with end of the season honors from the Louisiana Sports Writers Association on Tuesday afternoon.

McDonald became LSU’s second runner to ever earn a bid to the NCAA Championships after she placed sixth at the NCAA South Central Regional. The sixth place finish at the regional meet matched the best showing in school history. McDonald was LSU’s top finisher at every meet she competed at and won the second individual cross country title of her career at the LSU Invitational with a 5k time of 17:56.8.

Bove competed at all five meets for the Tigers this season and placed as LSU’s highest finisher at each race. He won his first career cross country race at the Arturo Barrios Invitational with an 8k time of 23:28.6, and he earned a runner-up finish at the LSU Invitational with a 6k time of 19:09.6. Bove earned all-region honors after finishing 25th at the NCAA South Central Regional.

Rangel opened her cross country career this fall with four scoring performances at LSU meets. She placed 16th at the NCAA South Central Regional to earn all-region honors with a career best 6k time of 21:16.1. Rangel was the second best finishing freshman at the regional meet, and she was named to the All-SEC Freshman squad after placing 53rd at her first conference meet with a 6k time of 21:50.2.

Franks led the women’s squad to its best finish in program history at the NCAA South Central Regional. The Tigers finished fourth at the NCAA South Central Regional meet with a team score of 76 points as McDonald and Rangel led the way with all-region performances. He also guided McDonald to the NCAA Championships, marking the second time in program history that a woman from LSU qualified for the national meet.

In addition to the four award winners listed above, Ashley LaJocies, Eric Coston, and Jackson Martingayle were named to the All-LSWA teams; these selections were based off the quickest 6k and 8k times of the year in competition. A full list below of all the award winners can be viewed below.