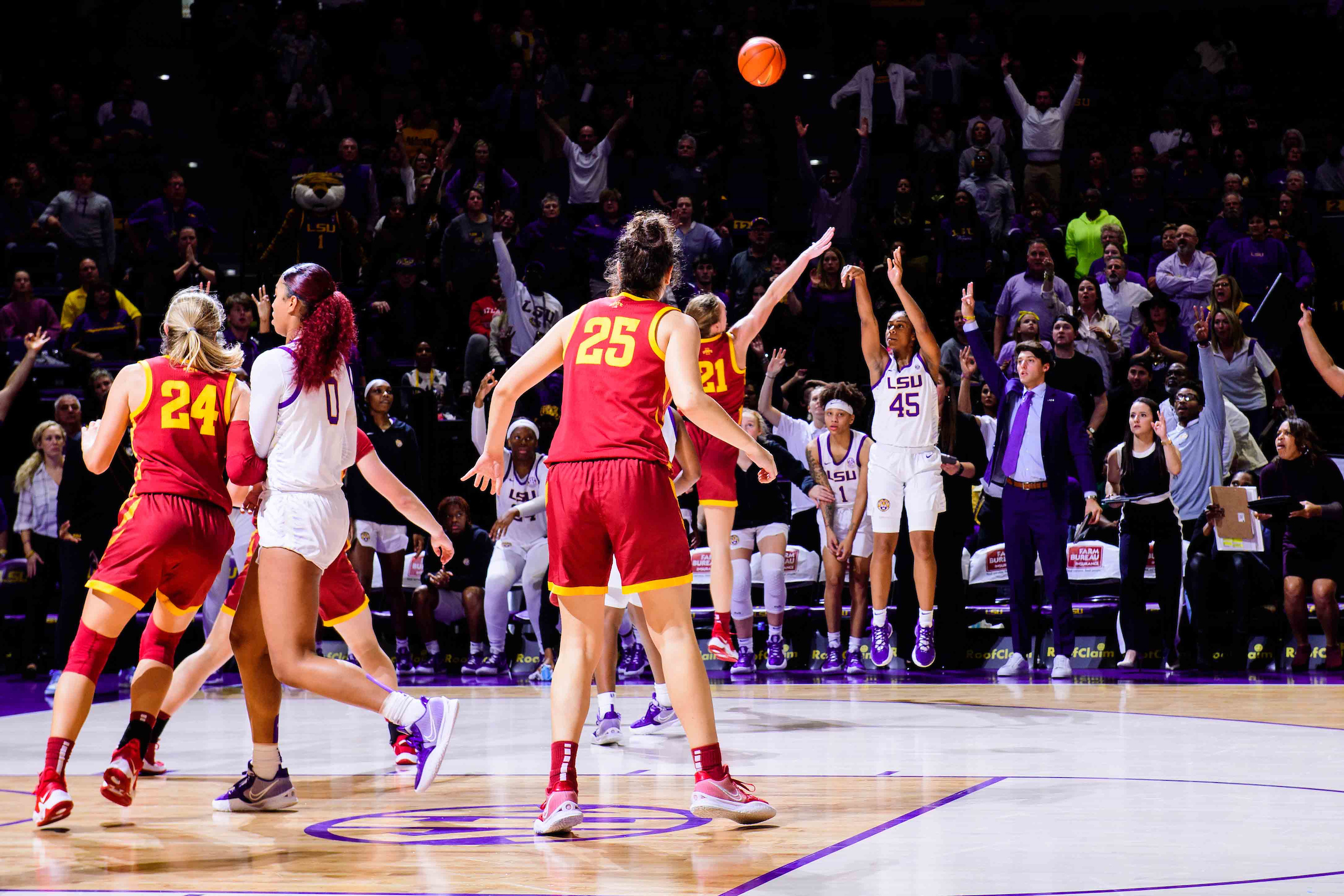 BATON ROUGE – LSU’s Alexis Morris earned Player of the Week Honors from the Louisiana Writers Association on Monday after leading LSU to a 69-60 win over then No. 14 Iowa State last week.

Morris dropped a career-high 25 points in the win and set career marks with nine made shots and five made threes, playing all 40 minutes. She helped set the tone in the game for the Tigers going 4-for-4 (2-for-2 from three) in the opening quarter with 10 points.

The Tigers only trailed for 58 seconds during the first half, but Iowa State came knocking in the second half. Every time the Cyclones looked to mount a run, the Tigers responded and never lost the lead in the second half. After Iowa State had brought the game to within three in the third quarter, Morris knocked down a triple directly in front of the LSU bench to help propel the Tigers to a 69-60 victory.

The Beaumont, Texas native has been playing good basketball since being ruled eligible after transferring to LSU from Texas A&M prior to the season. She has dropped double-digit points in every game she has appeared in and is the Tigers’ second leading scorer, averaging 14.0 points per game.

With Thursday’s win the Tigers have now won five in a row and appeared as the No. 24 team in Monday’s AP Poll, marking the first time LSU has been ranked under Coach Mulkey.

With exams this week LSU has a break of games until suiting up on Sunday at 1 p.m. CT to take on Texas Southern in the PMAC.