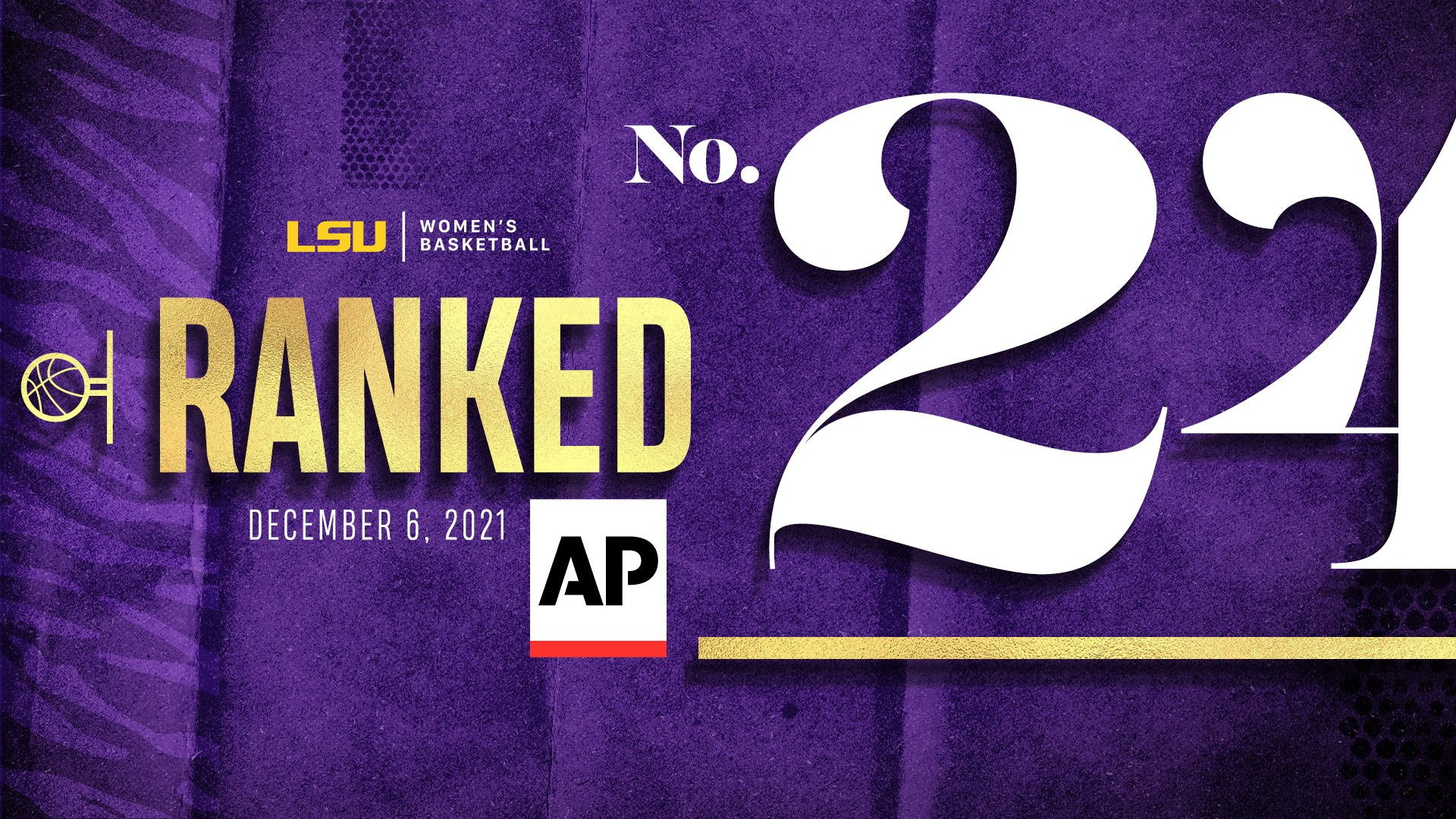 BATON ROUGE – The LSU Women’s Basketball team (6-1) came in as the nation’s No. 24 team when the AP Poll was released Monday afternoon.

“It is great to be recognized in the polls,” said Head Coach Kim Mulkey. “We know it is only someone’s opinion, but it is welcomed. Our season is just beginning, and we know what lies ahead with SEC competition.”

The Tigers have won five consecutive games and are fresh off a win over No. 14 Iowa State last Thursday and now LSU is ranked for the first time under Coach Mulkey. Alexis Morris had a career-high 25 points and Khayla Pointer added 20 as the LSU backcourt duo combined for 45 in the Tigers’ 69-60 win over the Cyclones.

LSU received votes in the Preseason AP Poll, but after winning the season opener against Nicholls, the Tigers fell to Florida Gulf Coast in the second game under Coach Mulkey. Since dropping the game, LSU has reeled off five wins in a row against UL-Lafayette, Tulane, New Mexico State, Missouri State and Iowa State – the latter two came against a Missouri State program that has been to back-to-back Sweet Sixteens and an Iowa State program that is consistently one of the top teams in the Big 12.

The Tigers played exceptional during the Iowa State game, both offensively and defensively, to hand the Cyclones their first loss. LSU shot the ball 45.2-percent (28-62) from the field and went 7-10 from beyond the arc. Iowa State entered the game averaging 82.6 points per game, but the Tigers limited them to just 60 and forced 16 turnovers with 10 steals. Ryann Payne had five of those steals, tying a career high. LSU led most of the game, surrendering the lead for just 58 seconds combined in the first half. The Tigers never trailed in the second half, responding with points every time the Cyclones attempted to mount a run.

The Tigers will resume play after exams wrap up when they host Texas Southern on Sunday, December 12 at 1 p.m. CT in the PMAC.