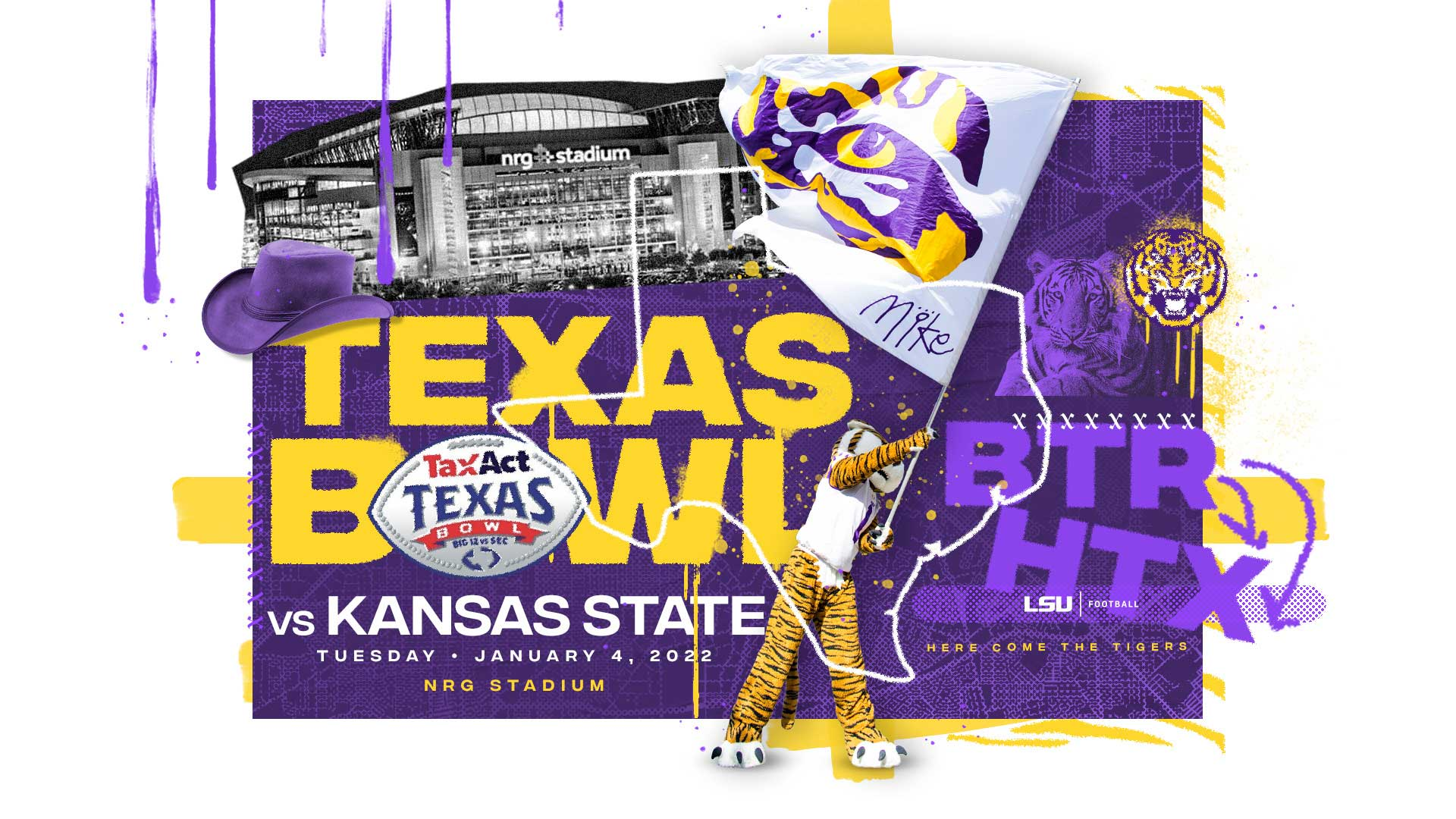 BATON ROUGE – LSU will play in a bowl game for the 21st time in 22 years as the Tigers have been selected to face Kansas State in the 2022 TaxAct Texas Bowl, the Southeastern Conference announced on Sunday.

The TaxAct Texas Bowl – played at the home of the NFL’s Houston Texans in NRG Stadium – will be held on Tuesday, Jan. 4. Kickoff is scheduled for 8 p.m. CT and the game will be televised on ESPN.

LSU enters the contest riding a two-game winning streak and with a 6-6 overall record. The Tigers became bowl-eligible with a 27-24 win over Texas A&M in the season finale.

“Our football team fought hard down the stretch of the regular season to qualify for bowl competition, and we are proud they will be able to extend their season at the Texas Bowl,” LSU Director of Athletics Scott Woodward said. “We know our fans will be excited to see the Tigers back in NRG Stadium, and our players will be eager to take the field for a primetime matchup on national television.”

LSU will appear in the Texas Bowl for the second time as the Tigers beat Texas Tech, 56-27, in its other appearance in 2015. Overall, LSU has played in 52 bowl games, which includes a pair of games in the College Football Playoffs in 2019, and has an overall mark of 28-23-1 in postseason games.

The Kansas State matchup will be just the second meeting between the teams with LSU leading the series 1-0. LSU beat the Wildcats, 21-0, in the second game of the 1980 season in Tiger Stadium. Kansas State, a member of the Big 12, is 7-5 overall.