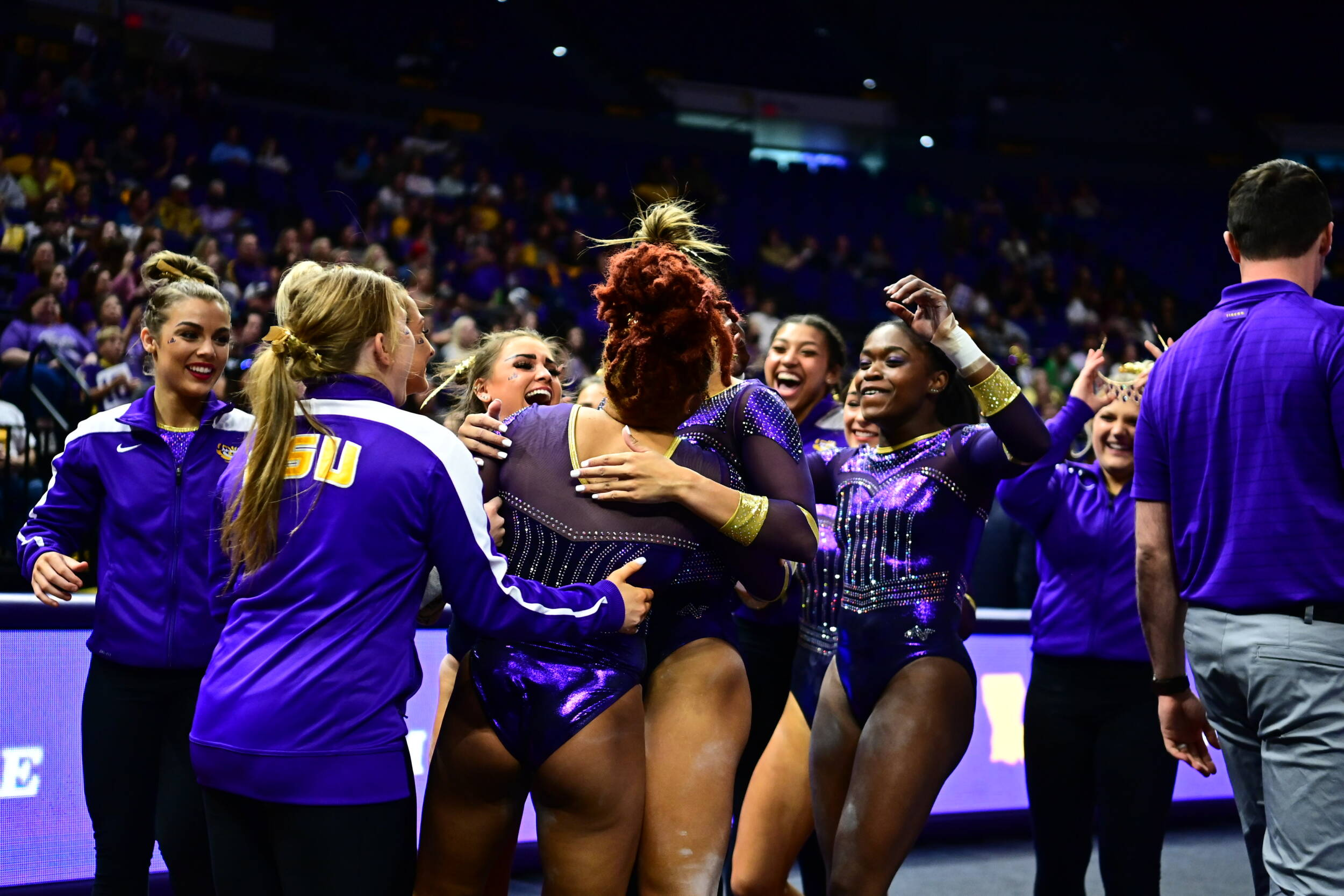 BATON ROUGE – The LSU Gymnastics team showed 33 routines in front of more than 3,000 fans for the annual Gym 101 Showcase Friday night inside of the Pete Maravich Assembly Center.

“Wow what a night for this team and fan base,” head coach Jay Clark said. “I am really proud of what they did tonight and the progress made this fall. This is probably the best Gym 101 we’ve had in the 10 years since I have been here.”

LSU’s vault lineup was impressive on Friday night under first-year assistant coach Garrett Griffeth. Kai Rivers returned to the lineup for the first time after rupturing her Achilles last fall. Haleigh Bryant, the reigning NCAA vault champion picked up where she left off with a perfect vault.

“I am especially proud of Kai tonight because she is so important to this team,” Clark added. “She doesn’t do as many numbers as everyone else but she works every single day. The value she provides to her teammates and this program in everything we do cannot be overstated.”

On bars, Kiya Johnson led off with another impressive bars performance. Aleah Finnegan made her debut as a Tiger and Kamryn Ryan also performed on bars for the first time in the PMAC. Rivers also gave another strong set on bars in her return.

On floor, the lineup showed the explosive choreography under first-year assistant coach Courtney McCool Griffeth. Sarah Edwards, KJ Johnson, Elena Arenas, Alyona Shchennikova, Finnegan, Bryant and Sierra Ballard all showed off their new routines. Each gymnast performed two of three passes in routine and showed their last pass at the end of the night.

LSU continues its training in the final stretch before the season in preparation for the season opener on Jan. 7. The Tigers will open the 2022 season against West Virginia inside the Maravich Center.