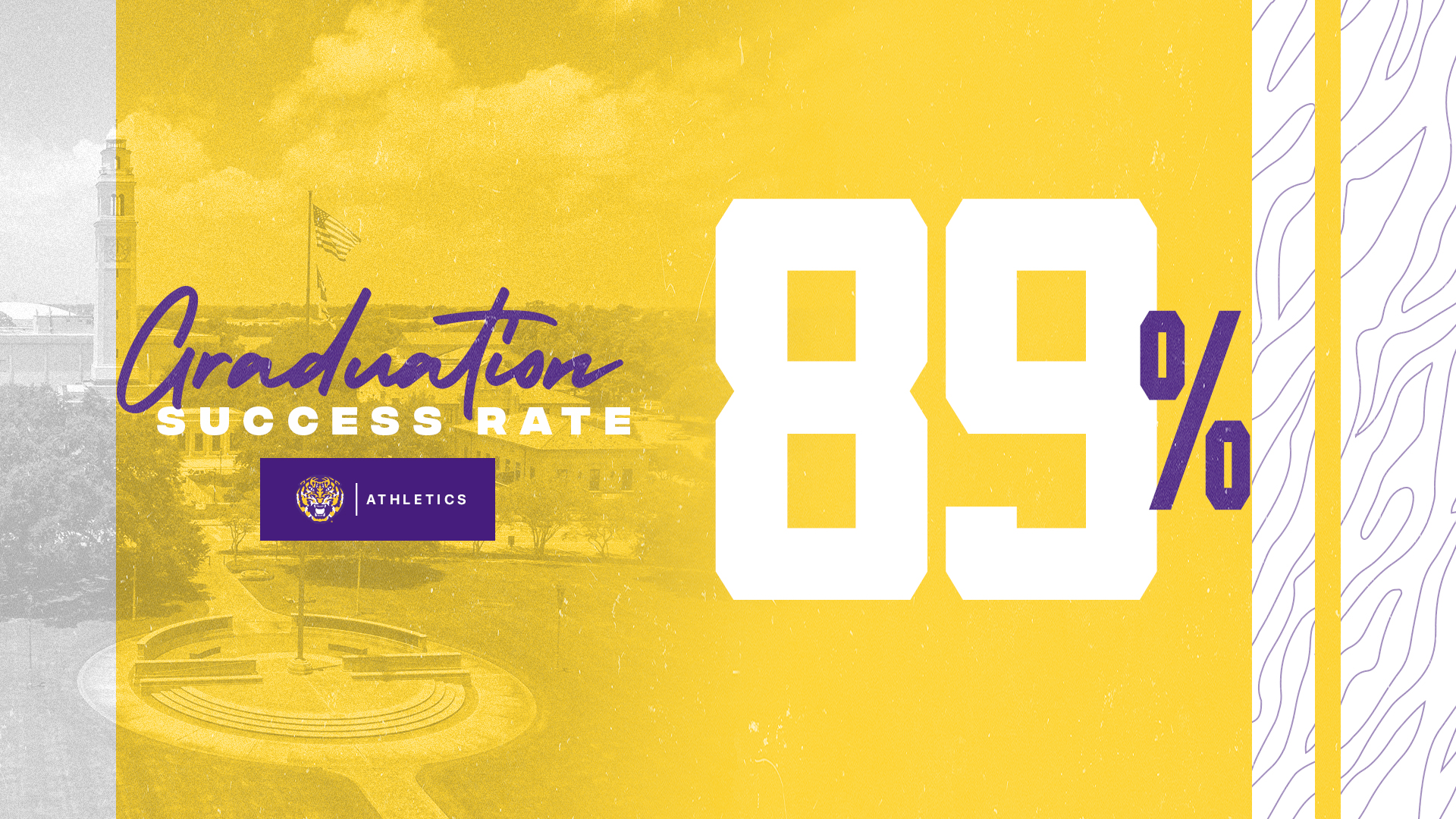 BATON ROUGE – The accomplishments of LSU’s student-athletes in competition have been well documented, however the Tigers continue to be just as successful in the classroom as the school’s Graduation Success Rate remained near an all-time high at 89.

The Graduation Success Rate (GSR) – developed by the NCAA to more accurately assess the academic success of student-athletes – was released by the NCAA today and LSU’s score of 89 ranks just one point shy of its record score of 90 set in 2017.

LSU is one of only four schools in the Southeastern Conference to score an 89 or higher each of the past five years. LSU is joined by Vanderbilt, Alabama and South Carolina as the only schools reach a score of 89 in the GSR since 2017-18.

“All of us at the Cox Communications Academic Center for Student-Athletes are very pleased that LSU’s overall graduation success rate for all student-athletes is at 89 percent for a fourth consecutive year,” Walt Holliday, Executive Director of the Cox Communications Academic Center for Student-Athletes said. “This tremendous accomplishment can only happen when all stakeholders are on the same page. Our collective approach to student-athlete development sets the expectation from the point of recruitment to matriculation to graduation.

“All of this happens by design. It is not accidental. During the recruiting process we tell all prospective student-athletes that the full measure of success at LSU is Graduation and Championships. Both are expected and attainable. We accept nothing less than excellence.”

LSU had nine sports earn a perfect score of 100, six on the women’s side and three men’s teams.

The men’s teams scoring a 100 are golf, swimming and diving, and tennis.