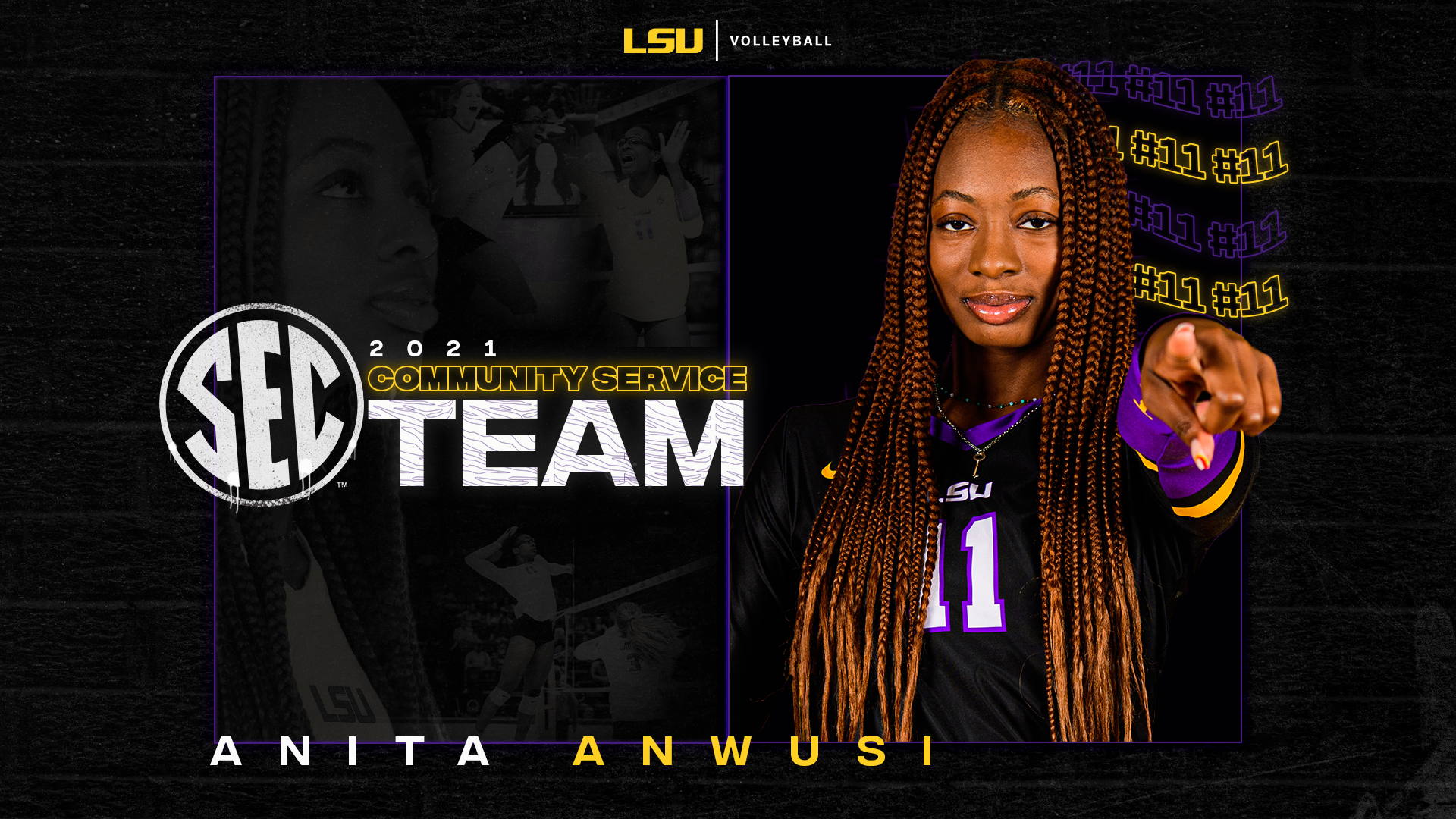 Anwusi has completed several community service projects during the 2021 season, including the BHM Read & Greet, TopGolf – Mentor/Mentee Meet Up, and helped assists over 3,000 students at the Women’s Basketball Field Trip Game.

On the court, Anwusi led the team with a .346 hitting percentage that ranks No. 10 in a single season in program history. She also ranked ninth in the SEC with 1.16 blocks per set and totaled 148 kills and a team-high 102 blocks.