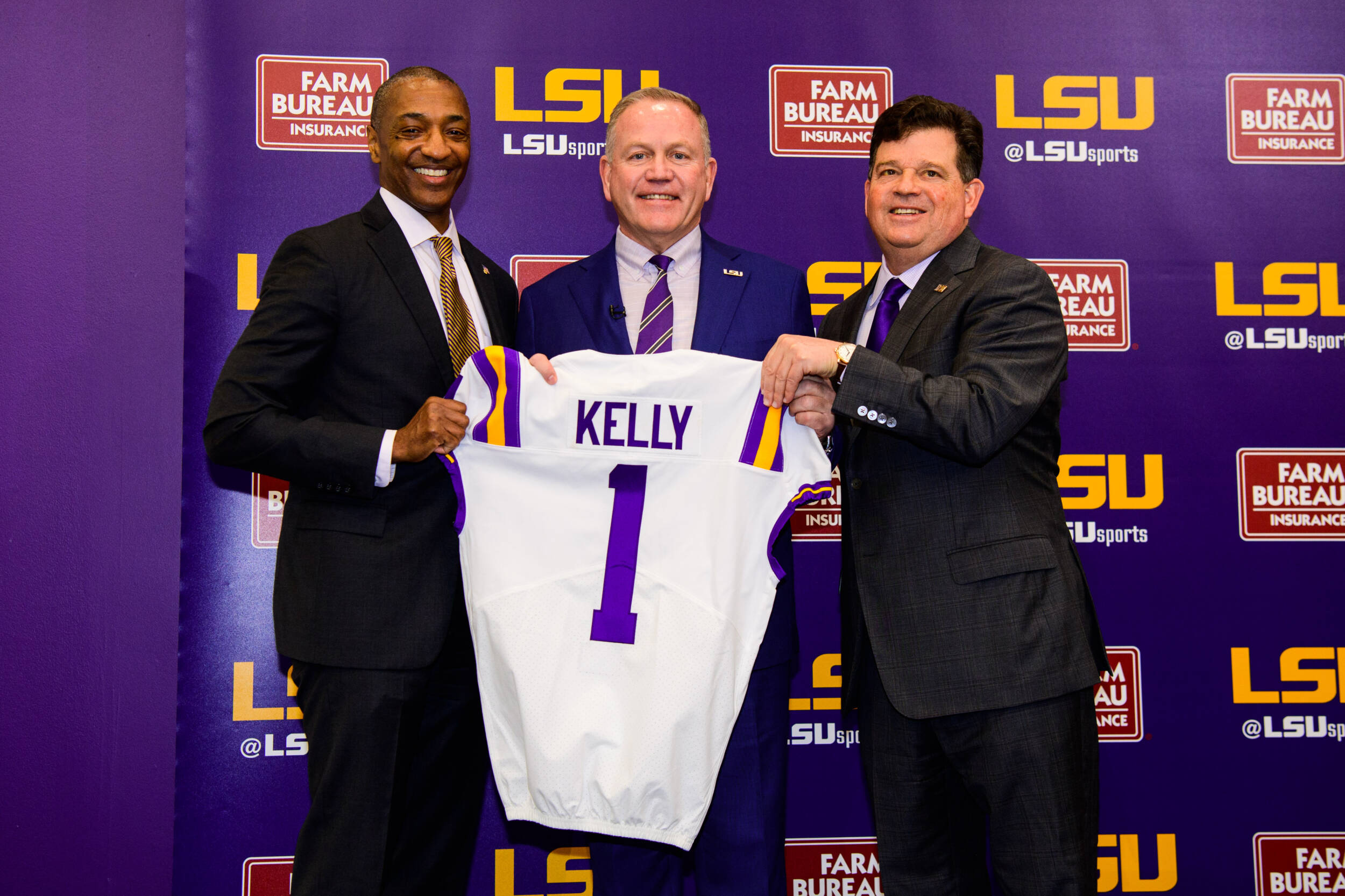 Brain Kelly saw an alignment of excellence at LSU.

From the university, to athletics, to the cohesiveness of the administration – the vision was clear, and so was his decision. It was an opportunity he couldn’t pass up.

On Wednesday afternoon inside the Lawton Room at Tiger Stadium, Kelly was introduced as the 34th head coach in LSU football history, the most accomplished one of all, with a résumé few in the sport can replicate.

“I came down here because I wanted to be with the best,” Kelly said. “The resources here are outstanding. You’re looked at in terms of championships here. I want that. I want to be under the bright lights, I want to be on the Broadway stage. That’s what my passion is.”

All he does is win. But winning is a by-product of what Kelly really enjoys: the process. He loves developing football players – physically, technically, tactically, mentally. It drives him to the core. Success will be in the process and outcomes will take care of themselves.

“I get a chance to coach LSU football players, the best in the country, that have the best resources, that have an administration that is aligned to that end,” Kelly said. “Why wouldn’t I be here?”

LSU fans love a winner, and that’s why they’ll love Kelly. He understands success in football requires success in the classroom and in the community. He understands how to sustain success, not just taste it. And even with the résumé he touts, he believes his winning days are just getting started.

“Success follows him everywhere he goes,” said Director of Athletics Scott Woodward. “All he does is win … Frankly put, his résumé is unrivaled.”

This is Kelly’s fifth coaching stop. He knows the complexities and the important pieces necessary to get through a transition. There’s work to be done, though. There’s a sense of urgency. Especially, now, at a place that requires championship football every year.

“This is just the first meeting of many opportunities where we’ll build trust,” Kelly said he told the team. “It’s not going to happen today, but we’re going to trust each other, and that trust will take time, and you’ll see it with my deeds, my actions, how we interact on a day-to-day basis, and we’ll get to that point where these meetings will be very, very productive and we’ll get a lot accomplished.”

Another challenge excites Kelly: getting familiar with Louisiana’s culture. Going from freezing winters in South Bend, Indiana, to humid summers in Baton Rouge, Louisiana isn’t going to be the only adjustment. The food, the people, the dialect – he’s excited to embrace it all. Luckily for Kelly, it doesn’t matter where you originate, once you embrace Louisiana, it embraces you back.

The learning curve began Wednesday as Kelly put an “L” in the air with his right hand as he addressed the media, saying he didn’t know what it meant 24 hours ago, but he does now. The Midwest lifer, wearing an LSU pin and a purple and gold tie, was starting to feel at home.

“We’re going to immerse ourselves into the culture of Louisiana,” Kelly said. “We’re not here to change anything, we’re here to get changed by it.”

Culture is a fancy word for standards, Kelly says. It’s hard work. It’s habits. It’s a way of life. Kelly’s teams have always reflected good habits and traits with discipline and accountability as the backbone. It’s all a reflection of their head coach, and although it won’t happen overnight, LSU’s football program will be no different under his leadership.

That drew him to Baton Rouge. Sure, playing in the SEC, the best of the best in college football, is just the icing on the cake in making this a can’t miss opportunity, but Kelly admitted he would’ve been interested in LSU even if it was in another conference.

“It’s this university, that happens to be in the SEC, that matters to me the most,” Kelly said. “When you get this university – LSU – with the leadership that it has, and the cohesiveness of leadership, and it’s in the SEC … ding, ding, ding! For me, it made it an incredible opportunity.”

For LSU, Kelly checked every box. He’s a winner through and through.

For Kelly, LSU checked every box, too. The resources. The championship culture. The administration’s vision for the university. The stars were aligned.

It’s that alignment that has Kelly, the most accomplished hire in the history of the program, excited to be the Tigers’ next championship football coach.