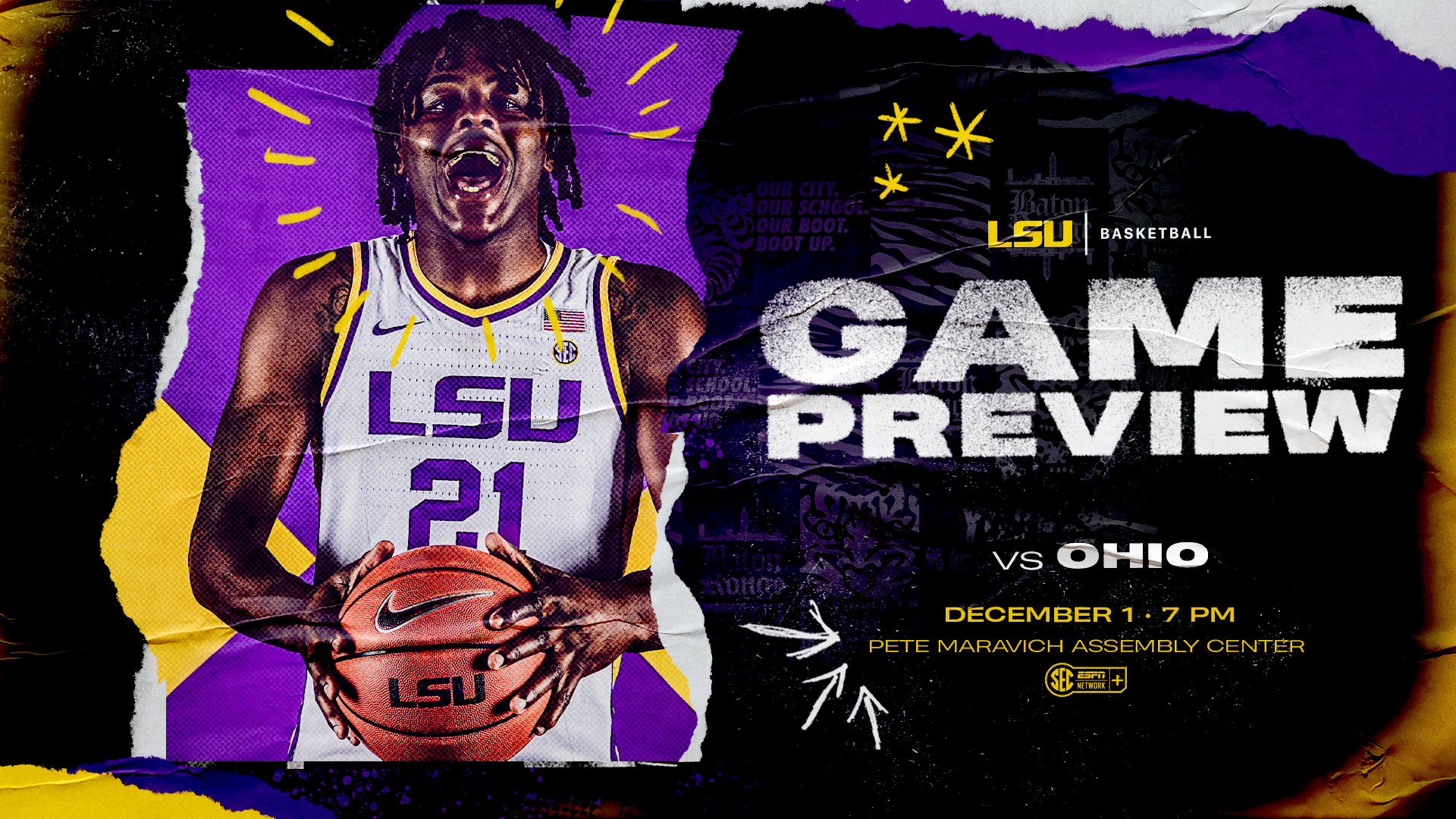 BATON ROUGE – The LSU men’s basketball team, back from Florida with the Emerald Coast Classic crown, puts its 7-0 record on the line Wednesday night at 7 p.m. as the Tigers host the Ohio Bobcats in the Pete Maravich Assembly Center.

Tickets for the game are available in the 300 levels for $1 general admission online at LSUTix.net and available at the upper level concourse ticket windows beginning at 6 p.m. Wednesday at the Maravich Center.

The game will be broadcast on the affiliates of the LSU Sports Radio Network with the Voice of the Tigers, Chris Blair, and former LSU head basketball coach John Brady on the call. They will also be available on the simulcast streaming broadcast on the SEC Network+.

As announced earlier, new football head coach Brian Kelly is expected to make an appearance at halftime of the basketball game.

Ohio is 5-1 on the year with their only loss a 77-59 loss at Rupp Arena to Kentucky but it was a game that the teams played evenly for some 30 minutes. Mark Sears leads the team at 16.3 points a game with Ben Vender Plas scoring at 15.0 points a game and Jason Carter at 14.8 points a contest.

This is the first meeting between the teams. Ohio was selected to finish second in the MAC Coaches Preseason Poll.

The Tigers, one of 20 unbeaten team remaining out of the 358 in Division I as of the start of play on Tuesday night, defeated Penn State, 68-63 in overtime, and Wake Forest 75-61 to win the Emerald Coast Classic in Niceville, Florida. It was LSU’s first regular season bracketed tournament since the 2004 LSU Louisiana Invitational.

Tari Eason and Darius Days were chosen for the all-tournament team. Days continues to lead the team in scoring average at 16.6 points per game with Eason at 13.9 points and center Efton Reid at 10.4.

LSU has had a good start and the Tigers are in the top 6 in the NCAA in five statistical categories including 2nd in total steals (89), fifth in field goal percentage defense (34.3%) and sixth scoring defense (54.1), scoring margin (+27.3) and turnover forced (20.4).

This will be the final game before LSU takes a nine-day break for final exams before resuming play on Dec. 11 at the Holiday Hoopsgiving event in Atlanta where LSU will take on Georgia Tech.