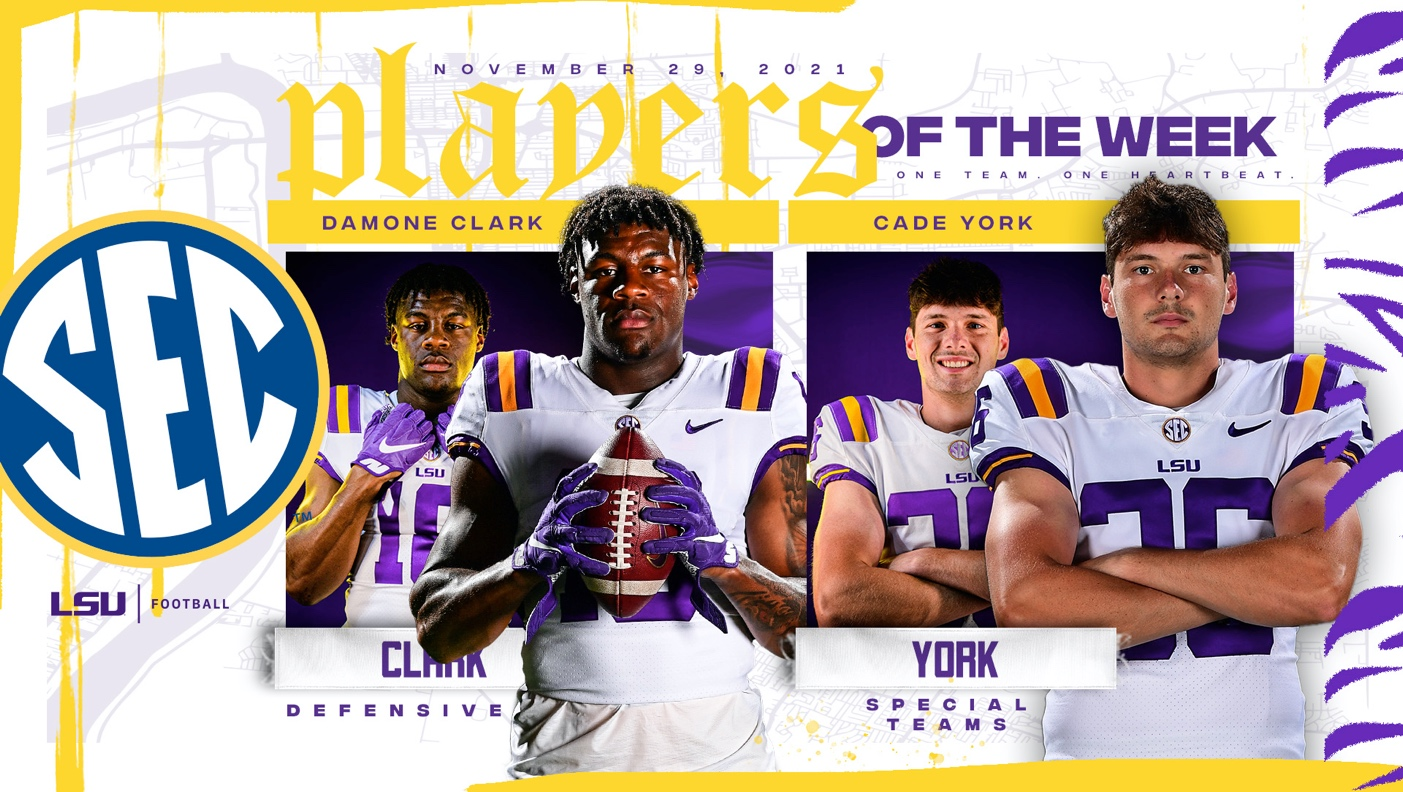 BATON ROUGE – Senior linebacker Damone Clark and junior placekicker Cade York have both been named SEC Players of the Week for their performance in LSU’s upset win over No. 14 Texas A&M on Saturday in Tiger Stadium.

Clark, a local product from Southern Lab, was named SEC Defensive Player of the Week, while York, from McKinney, Texas, is the league’s special teams player of the week.

In the win over the Aggies, Clark led the Tiger defense with 10 tackles, including 3.5 tackles for loss and 2.5 sacks. He added a quarterback hurry as the Tigers held Texas A&M to season lows for rushing yards (54) and total yards (296).

With LSU leading 27-24 and less than 30 seconds remaining in the contest, Clark sacked Texas A&M quarterback Zach Calzada on back-to-back plays to end the contest.

As a unit, LSU recorded four sacks and held Texas A&M’s 1,000-yard rusher Isaiah Spiller to only 27 yards on 11 carries.

The honor is the second of the year for Clark, who leads the SEC and ranks No. 2 in the nation in tackles with 135.

York kicked field goals of 50 and 47 yards and added three point-after touchdowns in the LSU victory. His nine points moved him into second place on LSU’s career scoring list with 326 points. He also extended his LSU record for career 50-yard field goals to 15.

York has now made a school record 118 consecutive PATs. For the season, York has converted 15-of-18 field goals and made all 39 of his PATs.

The SEC Player of the Week honor is the first for York this year and the third of his career.