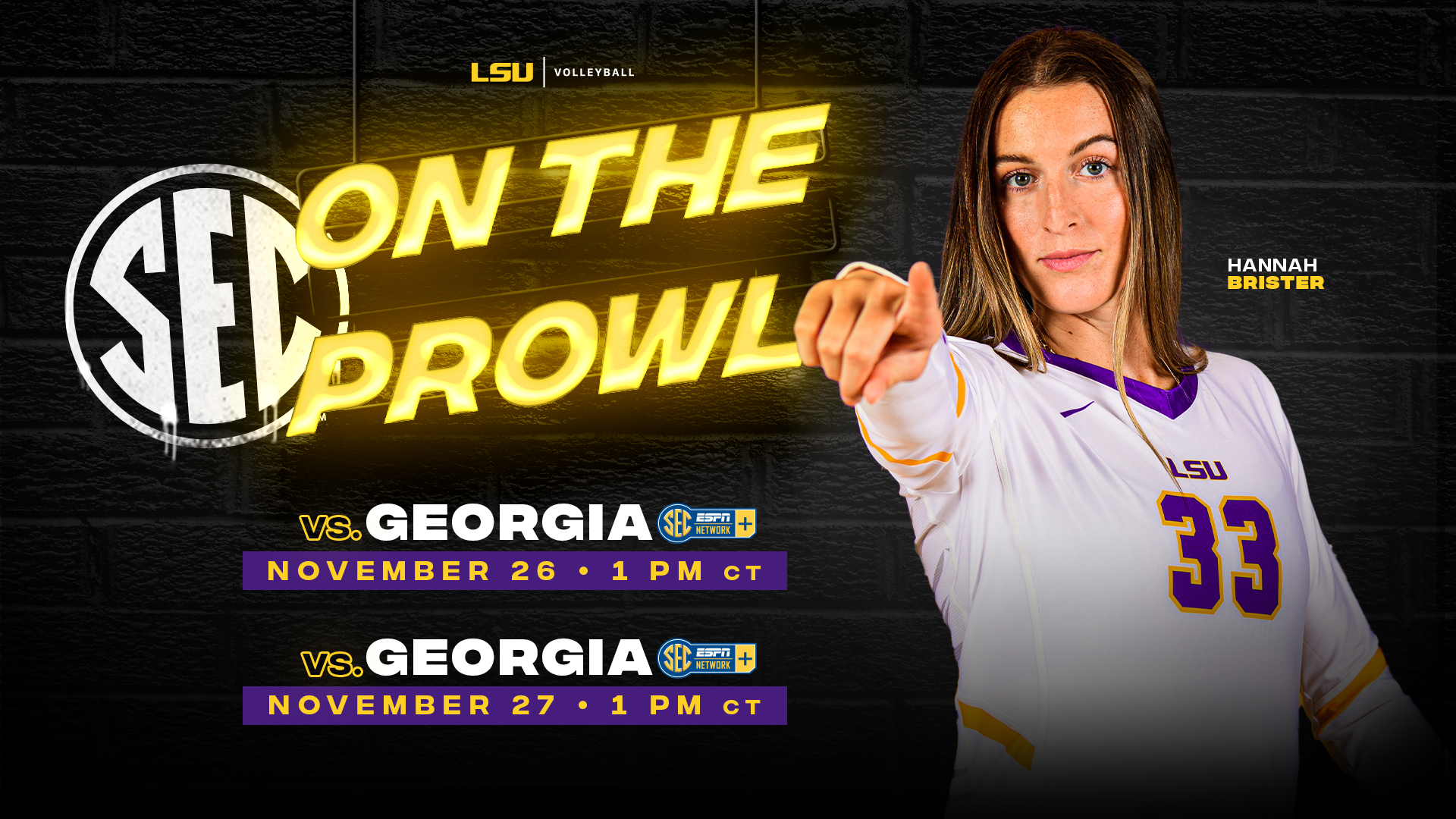 The Tigers won their fourth match over a five-match stretch after picking up a five-set win against Texas A&M. The win marked LSU’s second five-set win in as many matches. The Fighting Tigers are strong at the net and rank No. 27 in the NCAA with 2.58 blocks per set and ranks second in the SEC with 257.5 total blocks this season. Offensively, the Tigers average 12.82 kills per set and are hitting .230 on the year.

Outside hitter Kylie DeBerg leads the Tigers with 3.85 kills per set and 34 aces this season after recording a season-high seven aces against the Aggies. Right side Taylor Bannister follows with 2.81 kills per set and her career total of 1,851 kills rank No. 7 in the SEC record book. Bannister and DeBerg rank No. 11 and No. 13, respectively among all NCAA Division I active players.

Middle blocker Anita Anwusi is No. 5 in the league with 1.22 blocks per set and ranks No. 7 with a .350 attacking percentage. Libero Raigen Cianciulli leads the conference with 4.91 digs per set in SEC matches only, and her 2,222 total digs is ninth among active NCAA D1 players.

The Tigers lead the Bulldogs in the all-time series 39-24 and have won the last two meetings. LSU has dropped the last two matches when played in Athens, Ga., however, and is looking for its first win at Georgia since sweeping the Bulldogs Oct. 9, 2016.

Georgia is coming off a big five-set win at Ole Miss and have won five of its last seven matches entering the final weekend of the season. The Bulldogs are hitting .221 with 12.49 kills per set and rank No. 2 in the SEC with 1.45 aces per set. They also average 2.25 blocks per set, but their opponents hit .230 this season.

Outside hitter Kacie Evans leads UGA with 3.11 kills per set and ranks eighth in the league with 0.31 aces per set (29 total), while outside hitter Amber Stivrins follows with 2.78 kills on average. Stivrins leads the team and is ranked No. 2 in the SEC with 0.42 aces per set. Freshman setter Clara Brower ranks No. 9 in the SEC with 7.29 assists per set, and middle blocker Phoebe Awoleye leads the defense with 1.12 blocks per set (115 total), including 11 solo blocks.