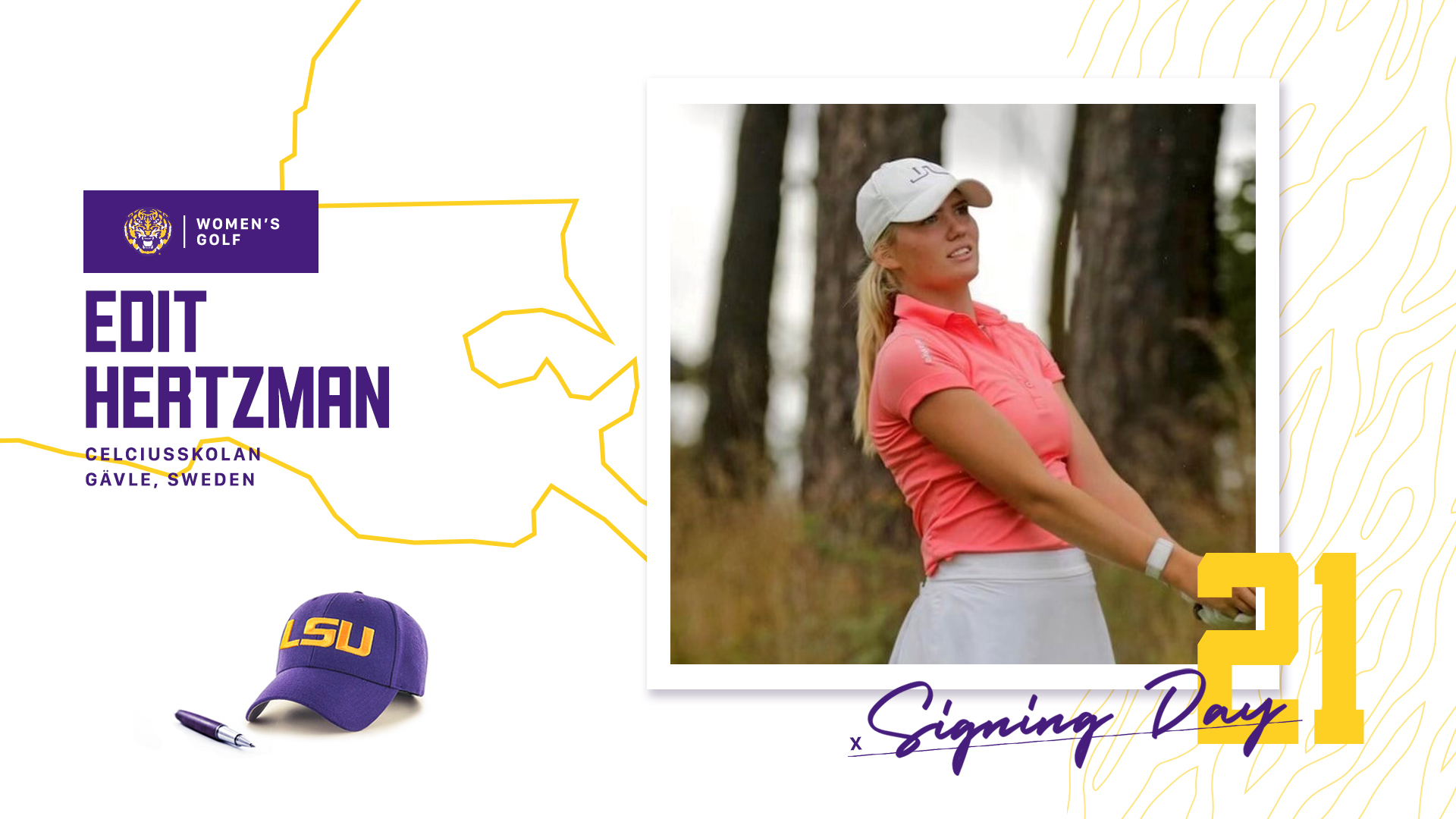 Hertzman, who attends the National School of Golf in Uppsala, Sweden and Celciusskolan School, is ranked 10th in the Sweden Amateur Golf Rankings.

Hertzman was in the lineup of the winning team of the Swedish High School Team Championship in October earlier in 2021 and was second in the 2021 Swedish Junior Team Championship. She shot an opening round course record of 66 at the Lakes Course at PGA National Sweden Golf Course to win the 2021 Henrik Stenson/Fanny Sunesson Junior Challenge with a 54-hole total of 5-under par.

Has eight top three finishes in youth events in Sweden and for the last three years has been a part of the girls Swedish Golf Team.

“We are very excited to announce that we have officially signed Edit Hertzman,” said Coach Runion. “There is no ceiling on how good she can become with her excellent work ethic and desire to be great, along with the God given talents she possesses. We are looking forward to Edit joining our team next fall.”

Hertzman, who has had a lifelong interest in sports, enjoys participating in her hometown of Gavle, Sweden, in track and field, soccer, dance, alpine skiing and of course, golf.

Also, in 2021, she made her first appearance on the Ladies European Tour Access Series and finished T14 in the Uppsala Open shooting 72-72-76 for a 54-hole total of 1-over.

Hertzman joins Taylor Riley of San Diego, California, who signed with the Tigers earlier in the month on the opening day of the fall signing period.