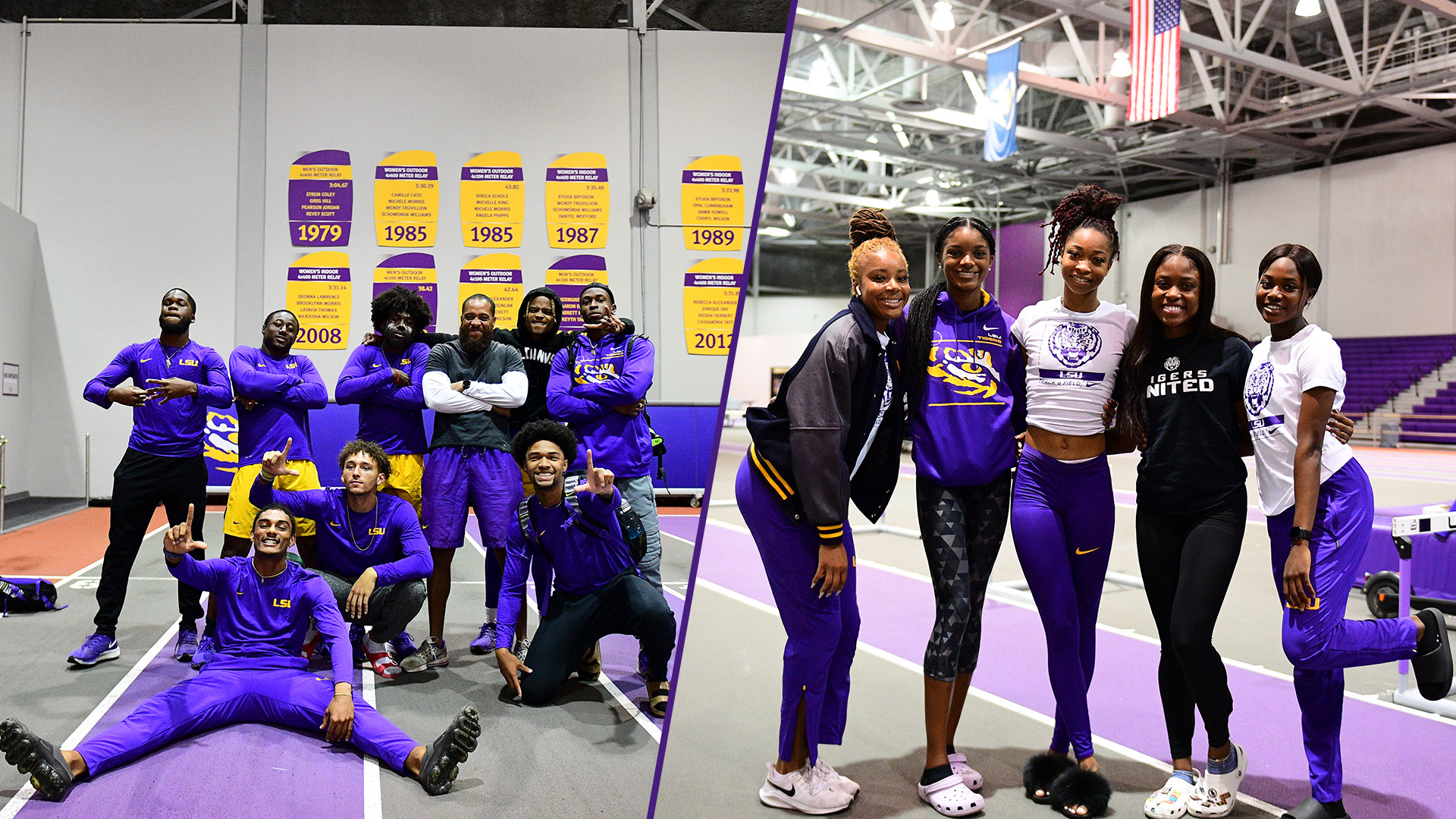 In the team race, everybody was witness to something that had never occurred at this event, a tie. The women’s sprint/hurdle group of Anning, Leah Phillips (262 points), and Favour Ofili (261 points) combined to score 826 points, but so did the trio of jumpers – Serena Bolden (289 points), Kyndal McKnight (276 points), Morgan Smalls (261 points). Therefore, the team title on the women’s side was shared. The men’s group of Burrell, Dorian Camel (342 points), and Da’Marcus Fleming (337 points) brought home the first title for the sprints group in a while with a team tally of 1,038 points.

This annual event is held the Tuesday before Thanksgiving every year to measure how much athletes have improved throughout fall training. It consists of five events where designated point totals are assigned for registering certain marks. The five events contested are the 30 meter dash, standing long jump, standing triple jump, between the legs forward shot put, and overhead backward shot throw.

Anning won individual titles in the standing triple jump and between the legs forward shot with marks of 8.59 meters in the triple jump and 15.38 meters in the forward shot. Those two marks earned her 60 and 54 points, respectively. She racked up the rest of her points thanks to a standing long jump of 2.69 meters (50 points), a 30 meter sprint of 4.15 seconds (75 points), and an overhead shot throw of 16.53 meters (64 points).

Burrell won two individual titles as well en route to winning his first pentathlon title. Burrell was the top performer in both the 30 meter sprint (3.85 seconds/94 points) and standing triple jump (9.69 meters/78 points). His standing long jump of 3.29 meters earned him 80 points, he accrued 50 points thanks to his between the legs forward shot of 14.86 meters, and his overhead backwards shot throw of 15.80 meters earned him 58 points.

Other event winners on the women’s side included Ofili in the 30 meter sprint (4.03), Serena Bolden in the standing long jump (2.80 meters), and Amber Hart in the overhead backwards shot with a throw of 17.00 meters. Tzuriel Pedigo (standing long jump/3.30 meters), Fleming (overhead backwards shot/17.22 meters), and Eli Gaughan (between legs forward shot/16.14 meters) were the other three event winners in the men’s competition.