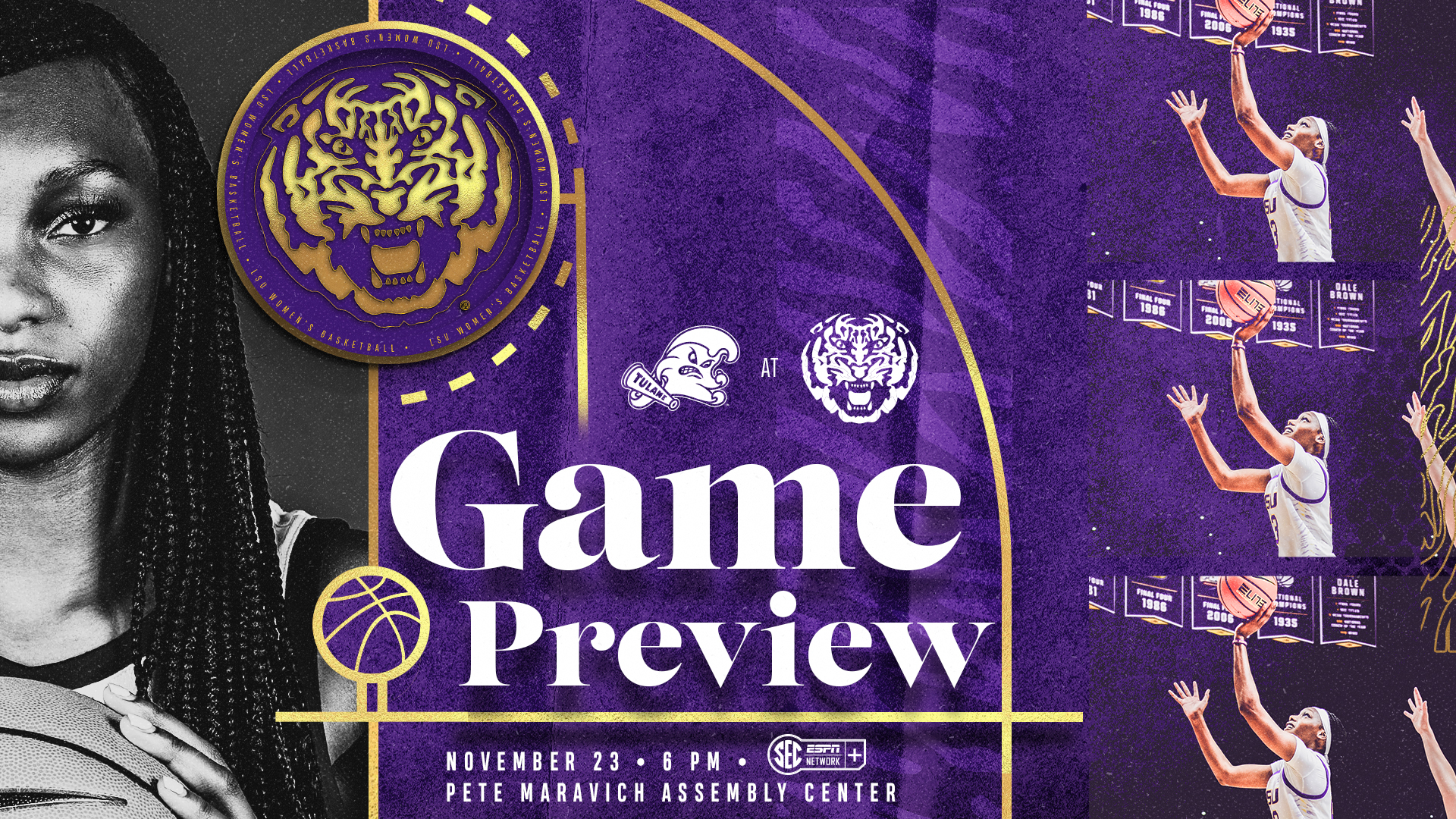 BATON ROUGE – The LSU Women’s Basketball team (2-1) will host Tulane (4-0) Tuesday night in the PMAC at 6 p.m. CT for its first of three games this week.

“Tulane is very good,” Head Coach Kim Mulkey said. “Tulane has redshirt juniors, redshirt seniors. They’ve got four starters back. They added a player off of my championship team in Moon Ursin. They’re 4-0. They were picked fourth this year in their league. They finished fourth last year.

“They’re good. They are solid. There is no one spectacular player. They play well together. They mix their defenses up. They’ve been on the road and won against an SEC opponent. They’ve been in overtime and won against a Big 12 opponent. They’re very confident, but confidence comes with how good you are. They’re very good and we have our hands full.”

The Tigers will be back in the PMAC for the game against the Green Wave after they went on the road for the first time last week and defeated Louisiana-Lafayette, 70-41. Following Tuesday’s matchup, LSU will head to Puerto Rice over Thanksgiving for two games against New Mexico State on Friday and Missouri State on Saturday at the San Juan Shootout.

The LSU vs. Tulane game will be streamed on the SEC Network + with Lyn Rollins and Victor Howell on the call. It will also be available on the LSU Sports Radio Network 107.3 FM Baton Rouge and online at lsusports.net/live with Patrick Wright and Shaeeta Williams. Fans coming to Tuesday’s game are encouraged to bring items for a canned food drive with the Baton Rouge Food Bank. Tickets are still available.

LSU has scored 70+ points in each of its first three games for the first time since the 2005-06 season. Last Thursday the Tigers defeated the Ragin’ Cajuns in their first road game of the season. Forward Awa Trasi led the way for the Tigers with 17 points off the bench. Guard Ryann Payne also had success off the bench with 11 points. Forward Autumn Newby hit the boards hard, grabbing 12 rebounds.

Guard Khayla Pointer was named the SEC Player of the Week following the first week of the season when she had a triple-double in the season opener and then a double-double. Although she still managed to score 9 and grab 6 rebounds at ULL, Pointer was not able to get into her typical rhythm in Lafayette. She will look a shake back on Tuesday night against a quality Tulane team.

The Green Wave will make their way to Baton Rouge undefeated and already with a road win over an SEC opponent under their belt. In its second game of the season, Tulane went into Tuscaloosa and came away with a 69-66 victory over Alabama. The next game Tulane hosted TCU and pulled out an 88-78 double-overtime victory.

Moon Ursin has led Tulane this season with 16.3 points and 8.0 rebounds per game this season. Ursin was a member of Coach Mulkey’s NCAA National Championship team in 2019 and joined Tulane prior to this season as a graduate transfer.

“Moon worked every day to get better and when her time came, she became an All-Big 12 performer,” Coach Mulkey said. “