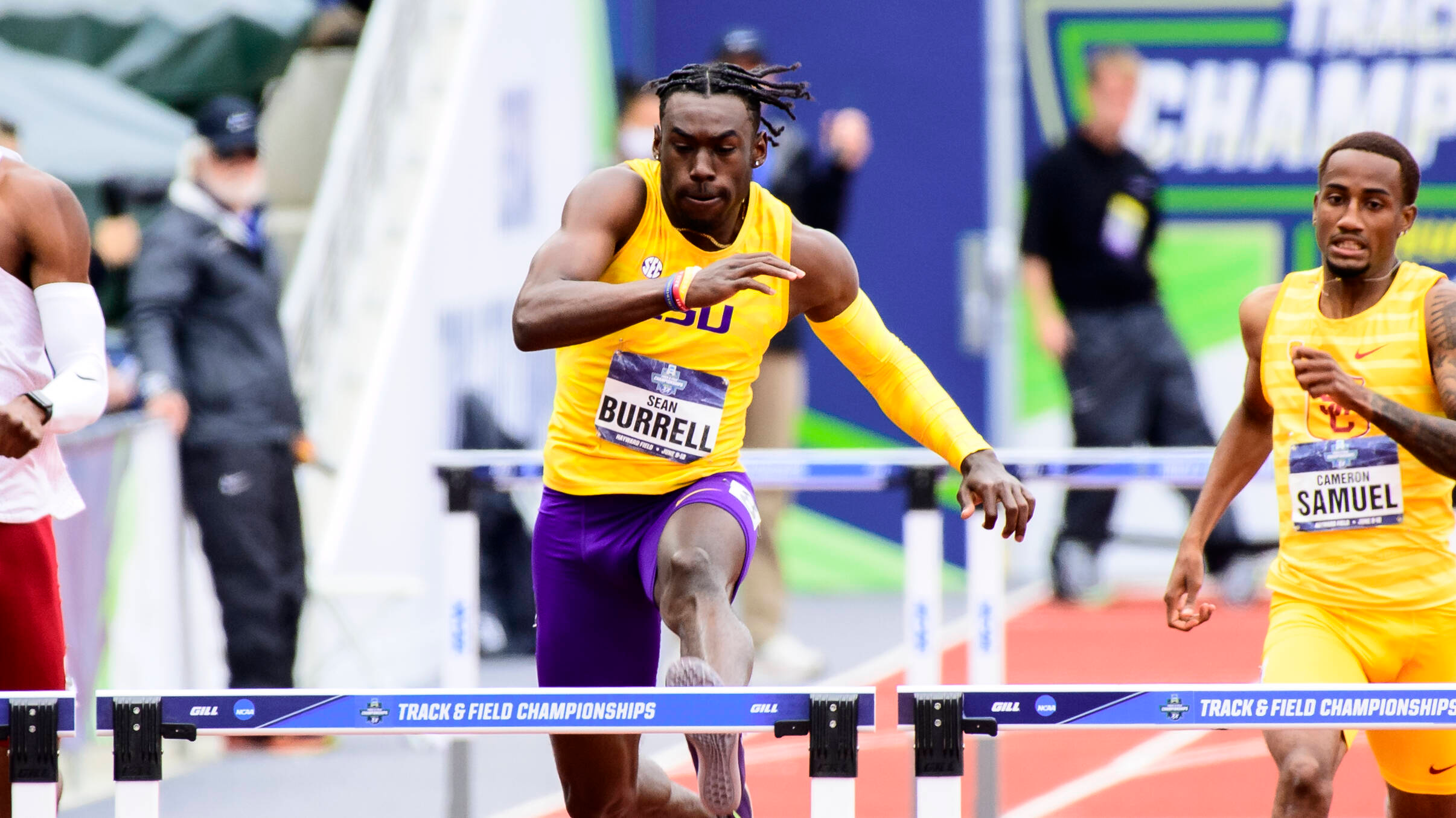 Burrell, a native of Zachary, La., clocked the U20 world record on June 11 in Eugene, Oregon, at Hayward Field with a time of 47.85 seconds to win an NCAA event title. He became the first U20 athlete in world history to crack the 48 seconds in the 400 meter hurdles as he broke Danny Harris’ previous U20 world best of 48.02 from 1984.

Burrell’s 2021 outdoor season just got better and better as the season progressed. He came into the year having never ran a 400 meter hurdle race, but that didn’t matter one bit. He started the season off with a time of 50.83 seconds on April 3 at the Battle on the Bayou in Baton Rouge.

The 400 meter hurdles have been contested since 1900 and no U20 athlete has ever run faster. The time of 47.85 moved him up to the No. 4 spot on the all-time collegiate list and it ranks as the second fastest in LSU history. Burrell was named a semifinalist for The Bowerman, collegiate track and field’s most prestigious award.