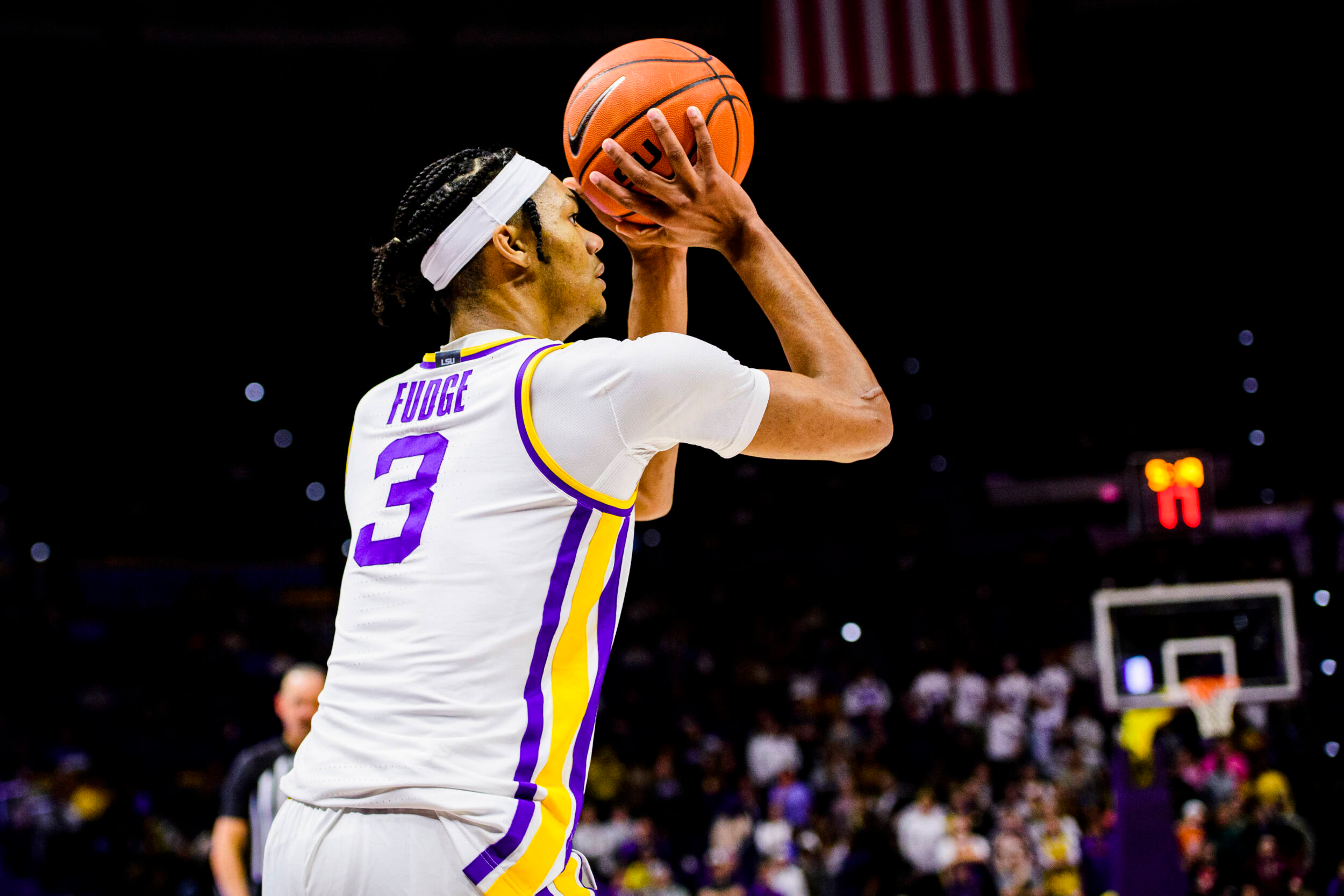 BATON ROUGE – The toughest test to date for the LSU men’s basketball team comes up Monday at 7 p.m. in the Pete Maravich Assembly Center when the Belmont Bruins bring their lengthy record of success to test the Tigers.

The Tigers and Bruins will tip just after 7 p.m. and the game will be available on a radio/streaming simulcast on the LSU Sports Radio Network and SECN+. The Voice of the Tigers Chris Blair and former LSU head basketball coach John Brady will be on the call. Guaranty Media station Eagle 98.1 FM is the flagship station for the network in Baton Rouge.

Tickets are available online throughout the day on Monday at LSUTix.net and beginning at 6 p.m. at the upper concourse ticket windows of the Maravich Center. LSU students are admitted free with a valid student ID and the first 300 students will be able to get free food from Raising Canes.

LSU is 4-0 on the season, having shown the ability to force turnovers and turn defense into offense. But LSU’s offense has also allowed the Tigers to set their defense after made buckets. LSU has held its first four opponents under 60 points for the first time since the start of the 2006-07 season.

But the Bruins bring a different level into Baton Rouge with a squad that has won more than 22 games in eight of the last 10 seasons and no less than 20 in any of those 10 seasons.

In the last four seasons, the Bruins have won 103 games. Belmont has earned postseason invitations 14-of- the-last-16 seasons, including nine NCAA Tournament berths. The Bruins, Gonzaga, Kansas and San Diego State are the only teams to win 19 or more games in 16 consecutive seasons.

Belmont returns 97 percent of its offensive production and minutes from last season and the Bruins Have earned wins in recent years over SEC teams Vanderbilt, Georgia, Alabama and Missouri.

The Bruins are 3-1 on the young season after Friday’s 97-78 win on the road at Kennesaw State. Belmont shot 53 percent and made 10 three-pointers. Nick Muszynski led Belmont with 25 points, with Will Richard scoring 17 and Michael Shanks 16.

In LSU’s 85-46 win over McNeese on Thursday, both Darius Days (14-10) and Tari Eason (19-14) had double doubles. Days posted his active SEC career leading 17th double against the Cowboys while Eason has his third in the first four games of the season.

Guard Xavier Pinson and Eric Gaines combined for 14 assists in the win.

The Tigers are concluding a five-game in 14-day homestand, the most consecutive home games LSU has played before Thanksgiving at the Maravich Assembly Center.

LSU will travel to Niceville, Florida Friday for the Emerald Coast Classic on Friday and Saturday. LSU will take on Penn State in the semifinals on Friday at 6 p.m. CT and then face either Wake Forest or Oregon State on Saturday.