A homer by rightfielder Brayden Jobert and two doubles by first baseman Tre' Morgan boosted the Purple to a win over the Gold Saturday in Alex Box Stadium, Skip Bertman Field. 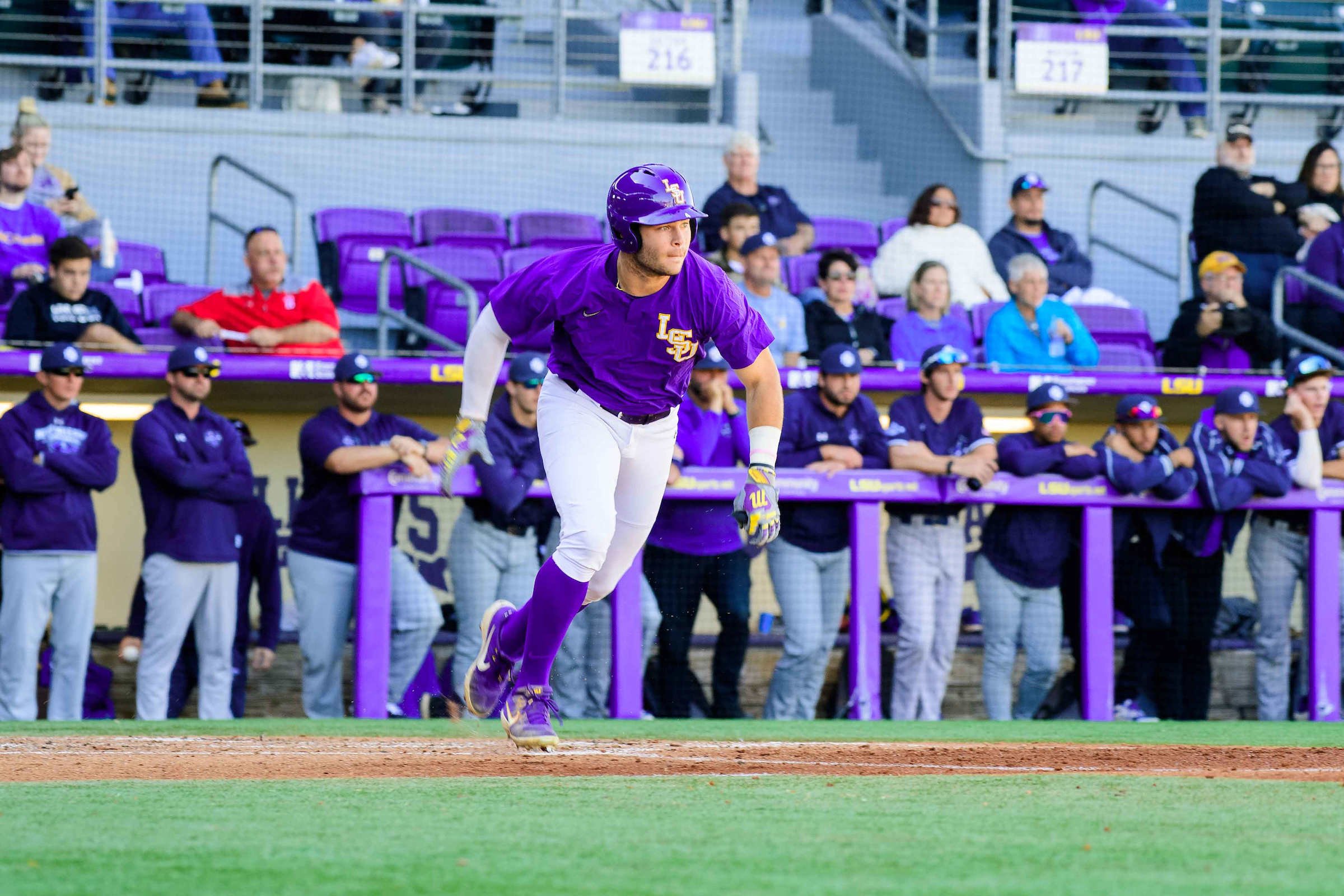 The victory gave the Purple a 2-0 series lead in the annual LSU Baseball Purple-Gold World Series.

Game 3 of the series will start at 12 p.m. Sunday, and admission and parking are free. Fans may enter the Gate 2 main home plate entrance beginning at 11:45 a.m. Sunday’s game will mark the conclusion of LSU’s fall practice period.

The game on Saturday was played with a special scoring system in which runs were awarded based on not only getting around the bases, but also in winning situations that arose over the course of an inning.

Each team was awarded their respective runs that were scored in the inning,along with another run based on winning the inning.

Along with the run-scoring hits produced by Jobert and Morgan on Saturday, the Purple’s offensive output also featured an RBI double by shortstop Jordan Thompson.

The contest also featured a solo homer by first baseman Brant Smith for the Gold squad.