Cam Lewis has become a household name for the Tigers’ secondary this year, but his story started much earlier than the 2021 season. 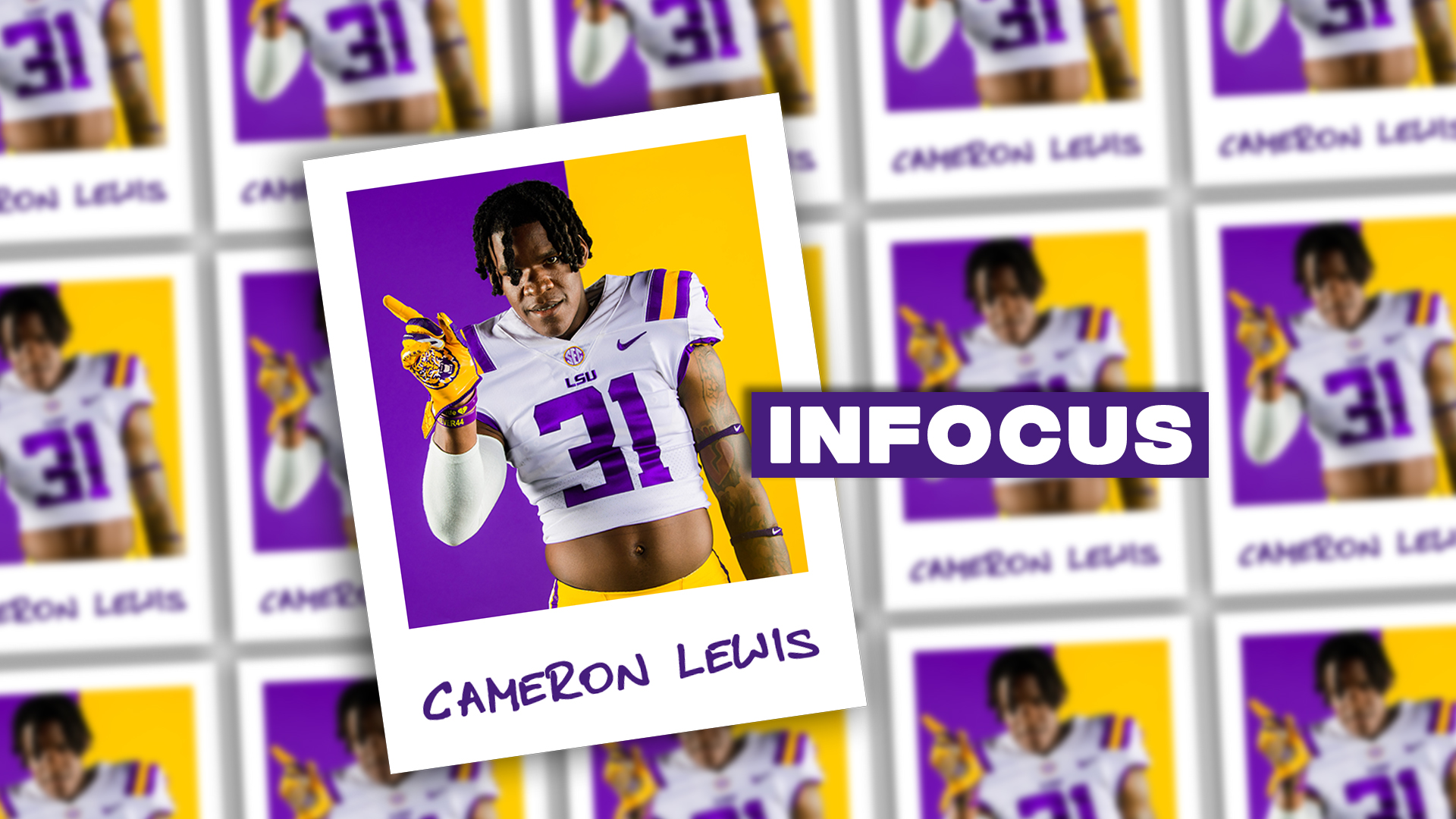 Cam Lewis has become a household name for the Tigers’ secondary this year, but his story started much earlier than the 2021 season.

When he first stepped on campus back in 2016, Lewis thought he might play quarterback for the Tigers, seeing that he was a three-year starter at the position in high school. However, LSU wanted him to play defensive back, a move that has resulted in a five-year career at not only his position on the field, but more importantly, a leadership position in the locker room.

Growing up in Monroe, La., Lewis has always wanted to wear the purple and gold for as long as he can remember. When LSU extended him a scholarship offer, the choice was simple: he was making the 186-mile drive south to the mecca of college football.

“LSU has been my dream school since I was a kid,” Lewis says. “In sixth grade, I told my mom I was coming here to play football. When they offered me, it was love at first sight. There is so much history and tradition here, and I wanted to be a part of a great organization.”

“Lewis swells with pride when talking about being able to take the field for the Tigers every Saturday. But one of the many goals he set for himself at LSU was to graduate. He wanted to be the first in his family to receive a college degree. In August 2021, he did just that, graduating with a degree in sports administration.

“It’s a great honor to complete one of the goals I had for myself as a student-athlete. I am the first one in my family to graduate college, so that’s a big thing,” says Lewis. “I know I made a lot of people proud of me back in Monroe.”

In addition to graduating, Lewis also came into college with the goal of winning a championship, a feat he and his teammates accomplished during the historic 2019 season for the Tigers. That year, Lewis appeared in all 15 games, playing both safety and on special teams. He finished the season with 20 tackles, while also recording a career-high five tackles in a game versus Northwestern State. Lewis also recorded three tackles in LSU’s national semifinal win over Oklahoma to send his team to the CFP championship game.

“It was a great feeling to win a championship. That was one of my main goals coming into college,” Lewis says.

Entering this week’s ULM game, Lewis has played in 39 games, recording 74 tackles. His contributions to the secondary and special teams unit are invaluable. Perhaps just as important though, is the role that he plays as an upperclassman leader to the young members of the Tigers.

The LSU secondary has sustained its fair share of injuries this year to starters, leading to many underclassmen playing roles earlier than expected. With Lewis’ leadership and teaching, they seem to be settling in just fine.

“I know there are things I need to do to help the team, like showing the younger guys around and what to do,” Lewis says. “Basically, I’m telling and showing them the things I was taught coming in as a young guy.”

In addition to helping the young guys, Lewis is also helping the entire LSU team fight through adversity on a weekly basis. The season has not gone according to plan for the Tigers, but that does not mean anyone is going to quit.

The only thing to do is continue to move forward and fight, a sentiment that Lewis makes sure he and the rest of the team take to heart.

“Finish strong and win out,” says Lewis. “The only way to get this bad feeling out of our gut is to win. We can’t change the past. We just have to continue to move forward and take it week-by-week.”

Lewis understands that his journey as a Tiger is coming to an end. He plans on finishing out this season with his brothers on the field, taking his degree that he earned and making plans to play football at the next level as so many LSU greats before him have done

“I plan on training after the season and hopefully getting a shot on an NFL team,” Lewis says.

Regardless of where he goes, Cam Lewis will always be a dedicated Fighting Tiger.