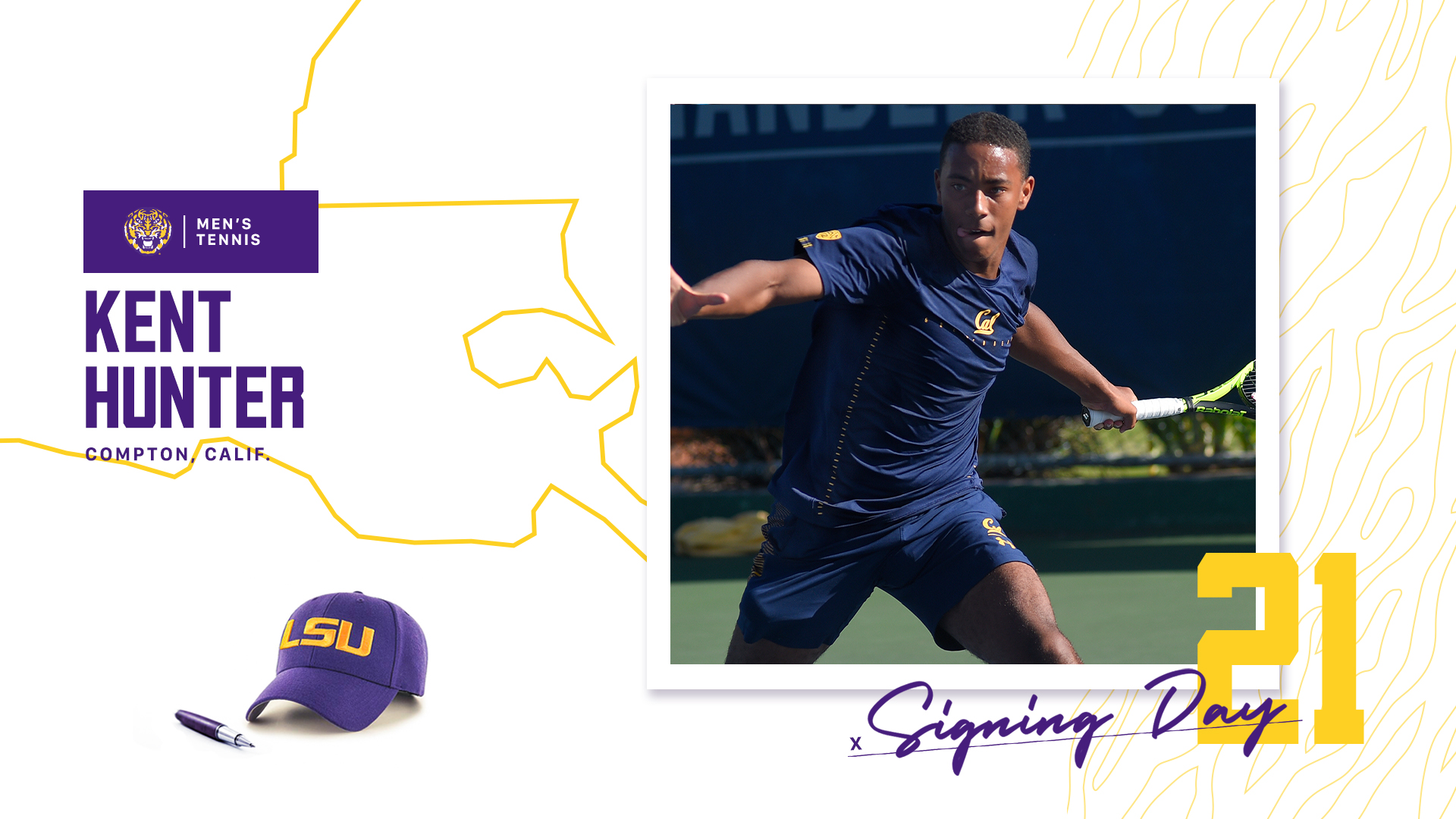 BATON ROUGE— The LSU men’s tennis team officially announced the transfer of Kent Hunter on Wednesday afternoon. Hunter will come to LSU as a junior and be eligible to compete in January of 2022.

The junior from Compton, Cali, has spent the last two seasons as California Golden Bear.

Prior to Cal, Hunter attended Cerritos College, where he was a 2018 ITA Junior College All-American in singles and doubles. At Cerritos in 2017-18, Hunter posted a 28-1 singles record and a 24-1 doubles record. He led Cerritos College to the 2018 CCCAA Dual Team State Championship as he took home the singles crown and he earned the doubles title at the Western State East Division Conference Championships.

Co-head coach Andy Brandi was pleased to add an upperclassman to a rather young Tigers squad.

“Kent [Hunter] is going to bring experience and depth to this lineup,” said Brandi. “We are very excited to add someone with his prior success to the Tigers.”