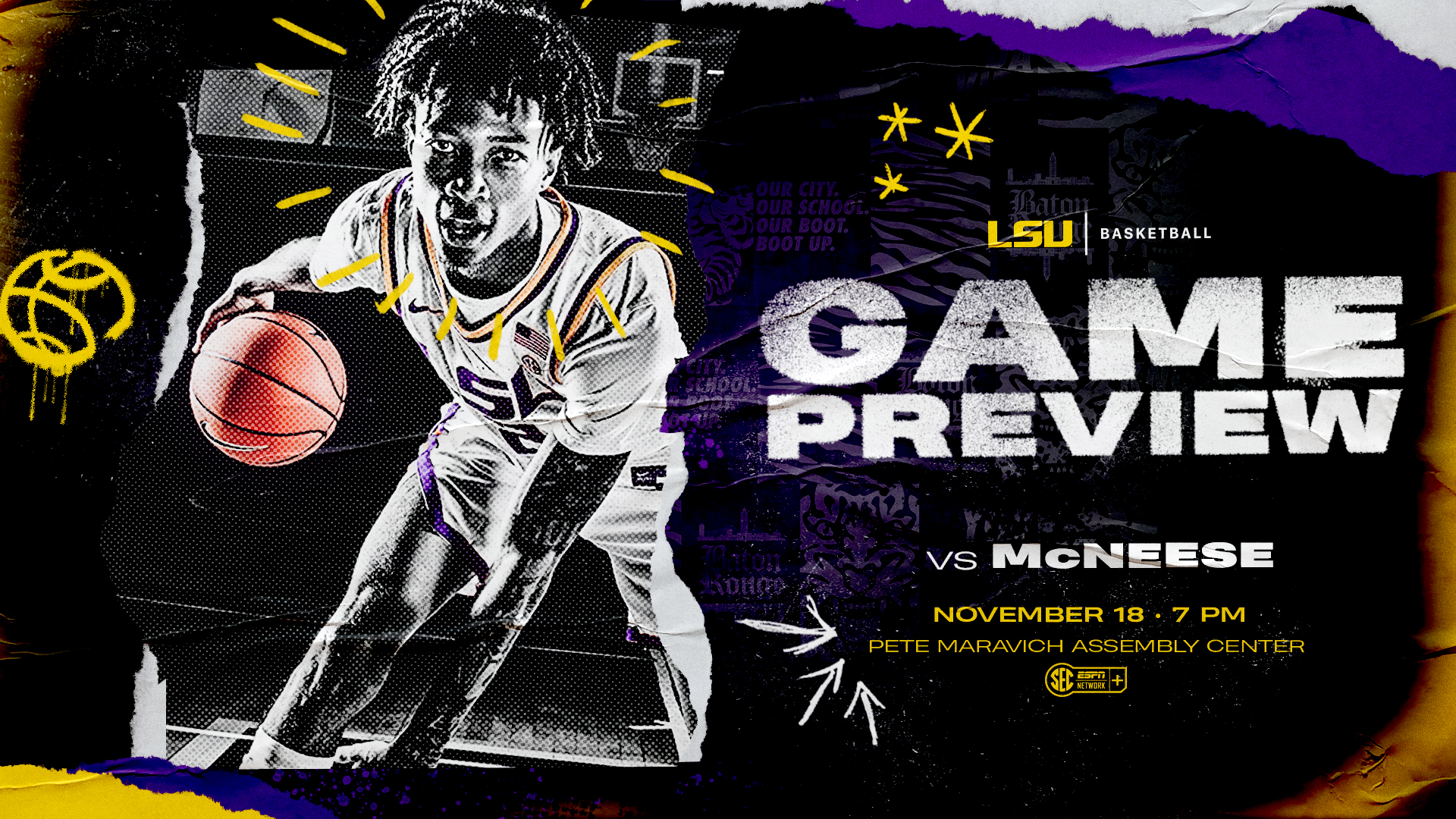 BATON ROUGE – Coach Will Wade wants to see a more complete start-to-finish game from his LSU Basketball team when they take the floor Thursday night at 7 p.m. against the McNeese State Cowboys.

The game will be broadcast on the LSU Sports Radio Network with the Voice of the Tigers Chris Blair and former head coach John Brady on the call. The game will also be streamed at SECN+ with Lyn Rollins and Victor Howell courtside.

Fans are encouraged to arrive early for Happy Half-Hour between 6 and 6:30 p.m. when many concession items including alcoholic beverages will be available for half off.

Also, there will be $3 general admission tickets for those fans who bring a canned good or non-perishable food item to the PMAC upper box office. All donated items will be provided to the Greater Baton Rouge Food Bank. Tickets can also be purchased online all day Thursday at LSUTix.net.

LSU is 3-0 on the season after opening wins over ULM, Texas State and most recently over Liberty. In the last two games, the Tigers trailed at the half and had to use big scoring spurts and defensive steals to turn the game around.

Against Texas State, down five at the half, LSU outscored the Bobcats by 30 in the second half. Versus Liberty on Monday, the Tigers trailed by one at intermission and as much as seven in the second half before a 27-6 run in the last 7:06 of the game got the Tigers home with a 74-59 victory.

Coach Wade discussed in his Wednesday media session the need to get things going quicker and the fact he may changed some of the pre-game warmups to hopefully have the team ready to go at the jump on Thursday.

“We have to do a better job,” said Coach Wade. “I know everybody likes to write about how we’ve done well closing out games but we haven’t been very good to start games. We have yet to be able to play a complete game because we haven’t started games well so we discussed that (Tuesday). I looked into our warmups and decided to change our routine because I’m not pleased with how we’ve been starting our games. I’m not pleased that we’re turning the ball over so much. We are yet to hit our game goal of 10 or fewer turnovers …
“We have to get back on the glass. We got outrebounded for the first time all year last game against Liberty which is unacceptable and won’t work … We have a major problem with starting games properly which has to get corrected and we have to value the ball. And we need to reestablish ourselves on the backboards because I’m not pleased with our effort on the glass the other night. We need to be able to play a good beginning, middle and end of a game because we’re not just going to keep bailing ourselves out at the end of these games.”

McNeese is 1-2 on the season and coming off a 116-66 win over Champion Christian on Monday night in Lake Charles. Their losses were at SMU (86-62) and TCU (77-61). Six players were in double figures for the Cowboy sin their win led by Brendan Medley-Bacon with 20 points and Myles Lewis added 12. This will be the 25th meeting between the two schools with LSU winning all 24 previous contests.

LSU has won 25 consecutive regular season and post-season games against Louisiana schools going into Thursday’s game with McNeese dating back to a loss to Nicholls in November 2010.

“McNeese set the school record for steals in their last game,” said Coach Wade. “They had 22 steals and they’re shooting better from three. They were 12-of-30 from three. (Harwin) Francois and TJ Moss are both shooting 40% from three on the season. Some of their other guys are shooting it better as well. They have a 7’1 kid (Brendan Medley-Brown) who transferred from VCU and he’s good and huge. They play through him (Medley-Brown) when he’s in there on offense … They play extremely hard and get after you defensively to create offense. They’ll be a challenge since they play so hard. They played TCU and SMU … The final score of those games doesn’t reflect how well they played in those games.”

LSU concludes its five-game season-opening homestand on Monday night at 7 p.m. against Belmont.