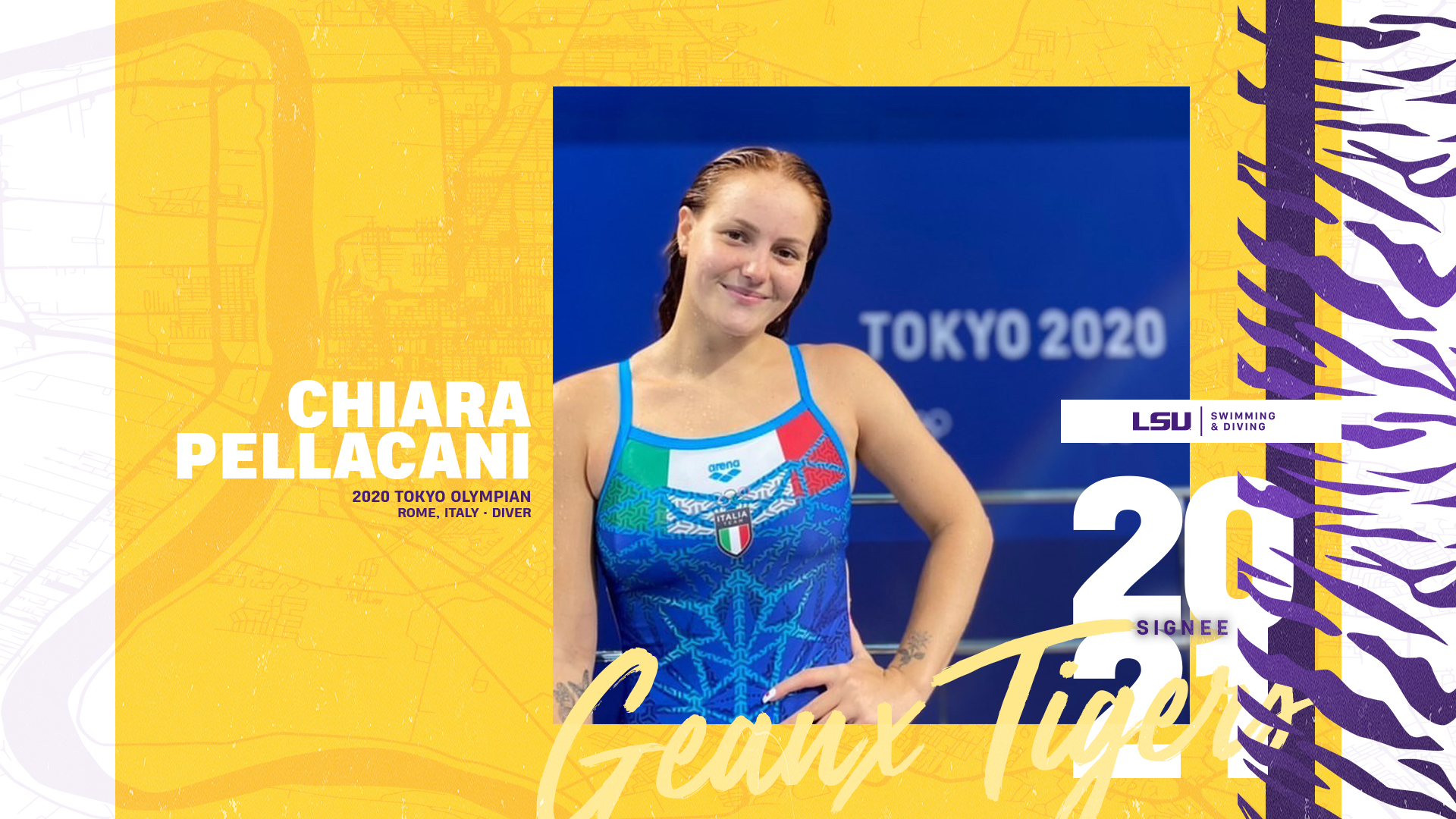 “Chiara is a fantastic addition to our program,” head diving coach Doug Shaffer said. “With her addition and our current squad, we’re going to have one of the strongest women’s diving programs in the country. Her level of experience and competitiveness is very high, and she’ll make an immediate impact on our program.”

As a representative of Italy in the 2020 Tokyo Olympics, Pellacani competed in the three-meter synchronized diving event. She finished in seventh place alongside her partner, Elena Bertocchi, with a score of 267.48.

Pellacani, in addition to her participation at the 2020 Summer games, has garnered several other impressive honors. At the 2021 FINA Diving World Cup, she placed third and collected the bronze medal on the three-meter synchronized dive. She also has shined at the European Championships, where she has earned a medal seven times (three gold, three silver, and one bronze). Five of those medals came in the 2021 edition of the championships.

Pellacani is set to join the Tigers in the Spring of 2022.