Fast, Physical Basketball Has the Tigers Off and Running 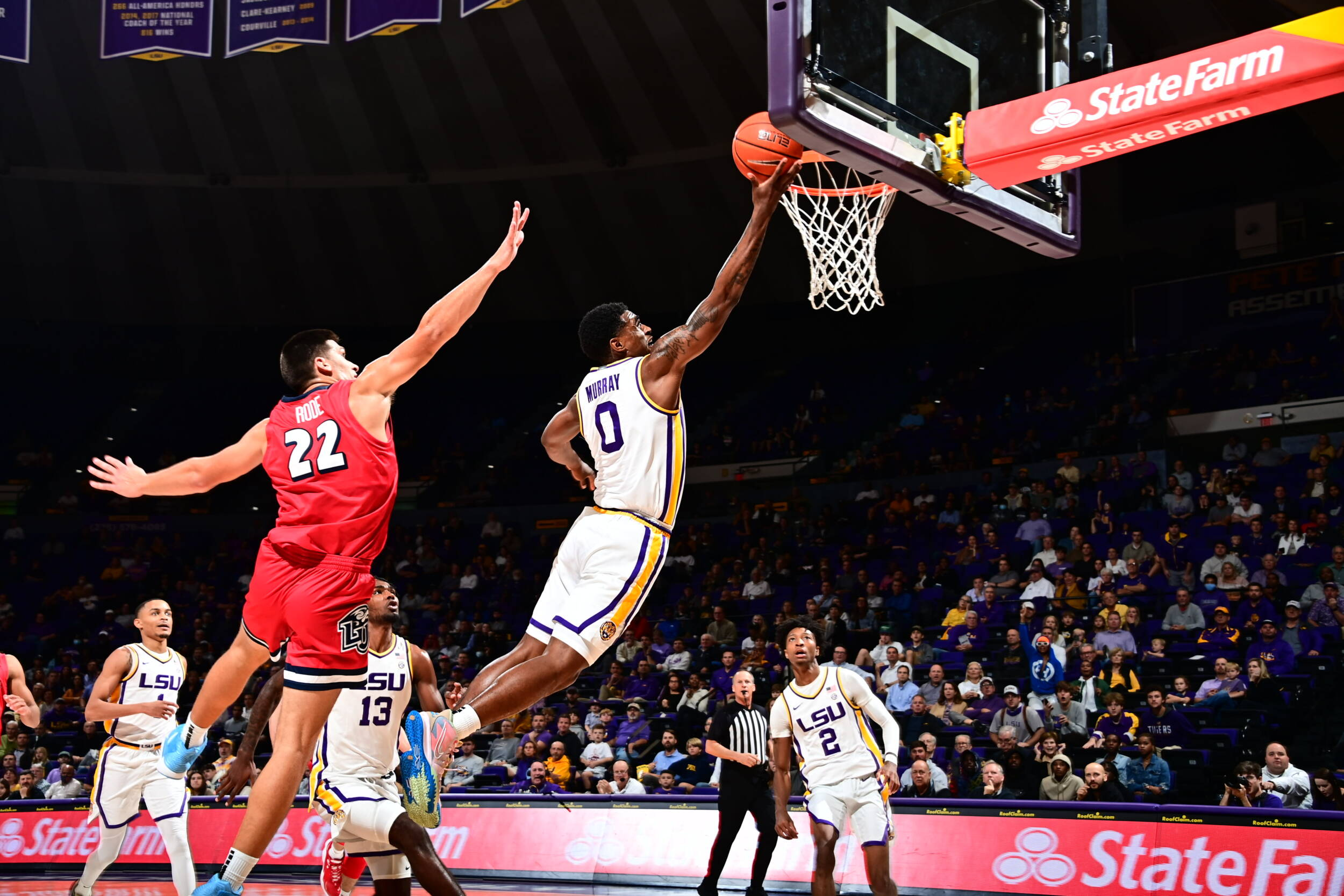 For more than 2,500 days, Will Wade has woken up every morning and run at least a mile.

Perhaps the fastest speed he’s clocked during that streak came Monday night, when he wrapped up his on-court, post-game interview and sprinted directly to LSU’s locker room following the Tigers’ 74-58 win over Liberty.

If there’s a little extra pep in the General’s step, it’s not just because his team is 3-0, with consecutive wins over teams with tournament hopes come March.

That’s why after three games, the Tigers – like their coach – are off to the races.

“We were all over the place tonight,” Wade said after the game. “I’ve sensed that for months. But you never know until the lights come on. We’ve got a great way about us.”

On Monday night, that greatness came in the form of a 27-6 run over the game’s final 6:27, turning a five-point Flame advantage into a 16-point Tiger victory. No one ignited more flames in the six-minute game than Darius Days, who hit all three triples he attempted during that stretch. The senior overcame a jittery start to finish with 26 points on 8-of-14 shooting, including 5-of-10 three-pointers, including 20 second-half points on 6-of-7 shooting total and 4-of-5 from 3.

Days credited his second-half surge to his teammates, including sophomore guard Eric Gaines, who jumped on Days for what he considered questionable shot selection during Days’ 2-of-7 start from the field.

“Eric is probably one of my biggest critics on the team,” said Days, who is averaging 24.3 points per game on 64 percent shooting from deep through three games. “He’s one guy that’s not really scared to say nothing to me. A couple of guys might not say anything to me because I’m a senior and I’ve been here longer, but one thing about Eric, he’s going to hold me accountable. And I feel forced to go further.

“Later in the year, close games in the SEC, tournament time, I feel like I need guys around me to tell me if I’m doing something wrong. And I really, really enjoy that even though Eric’s a sophomore and I’m a senior. That’s just something I love about him and I love about our team.”

“I think he can be SEC Player of the Year. That's how good he is.”

Will Wade on Darius Days

When he wasn’t holding Days accountable for his shot selection, Gaines was holding Liberty accountable for their ball-handling mistakes. The sophomore point guard led the Tigers’ second-half defensive charge, grabbing four of his five steals on the night after the halftime break. In total, the Tigers took the ball from Liberty 16 times on the night and held them to 32 points on 9-of-21 shooting in the second half.

“Coach told me to go in there and bring the intensity,” said Gaines, who added 10 points and knocked down all six of his free throw attempts. “That’s what I did. Defense wins games. So once Coach said that, it was time to turn it up. That’s what we did.”

Make that three games in a row the Tigers have held their opponents under 60 points. Make it three games in a row that contributions have been spread across all eight rotation players on both ends of the floor, too. Freshman Efton Reid overcame first-half foul trouble to toss in 13 points and 6 rebounds. Fellow rookie Brandon Murray finished a game-high plus-29 and hit a critical three while playing excellent defense down the stretch. And point guard Xavier Pinson added 10 points and 7 assists, with four assists and two steals, to boot.

Powerful stuff from Darius Days in the postgame. Says Eric Gaines isn’t afraid to hold him accountable, even though Gaines is a sophomore and Days is a senior.

The ability to hold and be held accountable – next level. pic.twitter.com/0zSgWCRV2m

“The rotation is perfect at eight people,” Wade said. “That’s a perfect number, where pretty much everybody’s happy. You can find six or seven of them that are playing well each night, and you kind of roll with those guys. We’ve just got to keep it going and keep building. 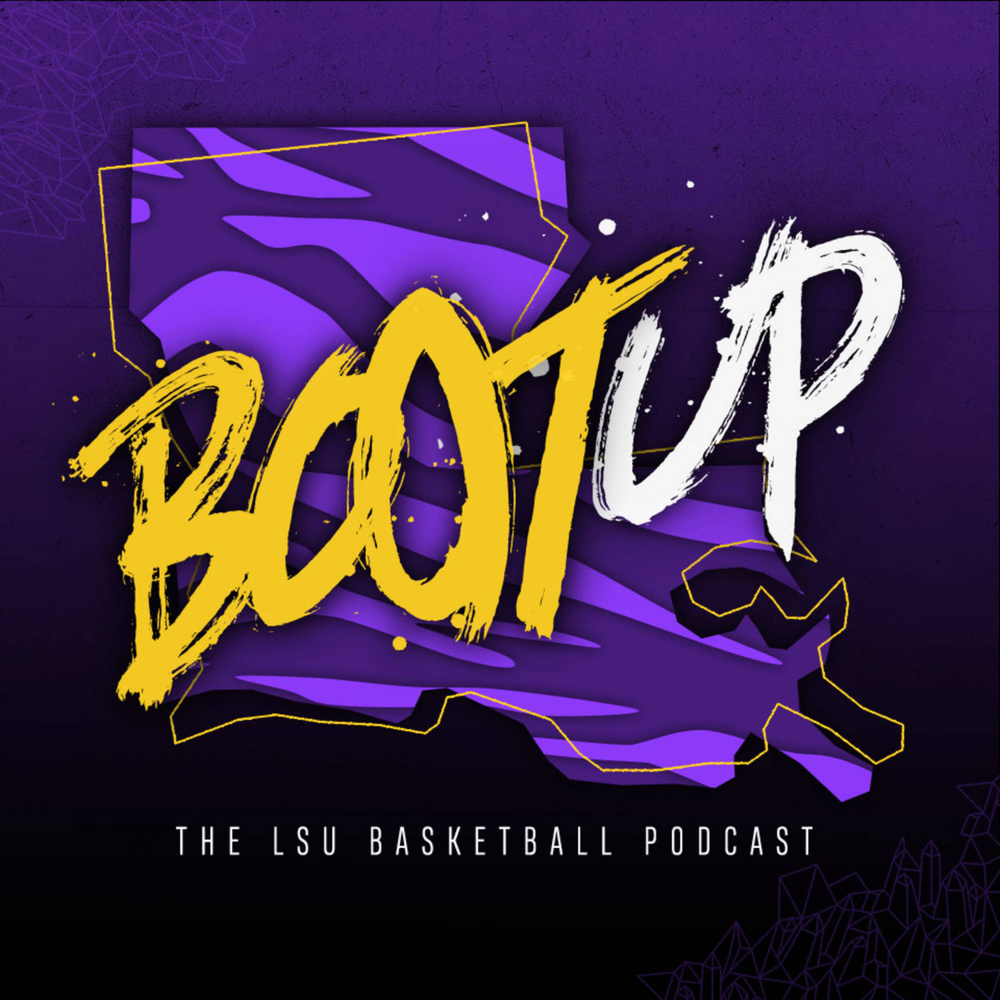 Apple Podcasts Spotify All Other Platforms