Tigers Post Scrimmage Win over UL-Lafayette Sunday at "The Box"

Catcher Tyler McManus launched a grand slam in the bottom of the seventh inning Sunday to break a 3-3 tie and lift LSU to a 8-6 win over UL Lafayette in the first half of a 16-inning scrimmage at Alex Box Stadium, Skip Bertman Field. The Tigers later edged the Cajuns, 9-8 in the second half of Sunday's scrimmage. 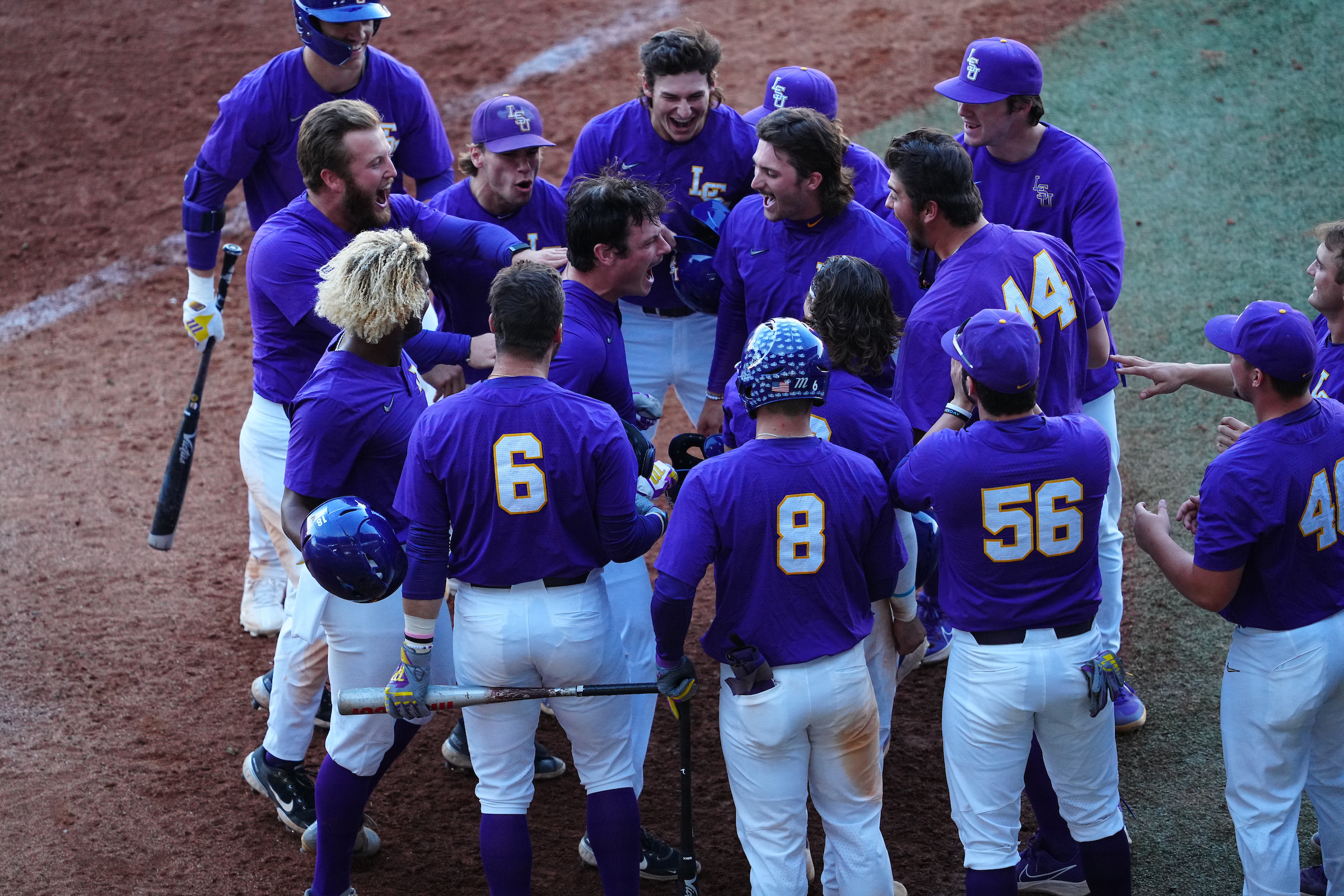 BATON ROUGE, La. – Catcher Tyler McManus launched a grand slam in the bottom of the seventh inning Sunday to break a 3-3 tie and lift LSU to a 8-6 win over UL Lafayette in the first half of a 16-inning scrimmage at Alex Box Stadium, Skip Bertman Field.

The Tigers edged the Cajuns, 9-8, in the second half of the scrimmage as infielders Jordan Thompson and Cade Doughty combined to drive in five runs for LSU.

“I thought we played really well,” said LSU coach Jay Johnson. “We left a few at-bats on the table, but we honestly haven’t gotten to that phase of situational hitting yet in practice. What I’m excited about is that the things we need to do better are all in front of us as part of our development process. Our plate discipline was really good, which created a lot of opportunities, and with the ability I believe our players have, we’re eventually going to crack through.”

LSU trailed the Cajuns, 3-2, entering the bottom of the seventh of the first half of the scrimmage, but Thompson tripled and scored on a sacrifice fly to tie the game. The Tigers loaded the bases later in the inning, setting the stage for the grand slam by McManus to give LSU a 7-3 lead it would not relinquish.

LSU grabbed a 1-0 lead in the bottom of second on Thompson’s RBI single that scored left fielder Gavin Dugas. The Cajuns responded to tie the game 1-1 in top of third and LSU took a 2-1 advantage in the fifth when Doughty was hit by a pitch with the bases loaded, scoring Thompson from third.

UL Lafayette scored two runs in the sixth to take 3-2 lead before LSU mounted its comeback in the seventh inning.

LSU overcame an early 4-0 deficit in the second half of the scrimmage, with Thompson’s three-run homer in the third inning giving the Tigers a 5-4 lead.

The Cajuns responded and held a 7-5 advantage in the fifth, but Cade Beloso delivered an RBI single in the bottom of the frame, and Doughty’s run-scoring double in the sixth tied the contest at 7-7.

The Tigers scored the go-ahead run in the seventh when outfielder Dylan Crews drew a bases-loaded walk, and LSU extended the margin to 9-7 later in the inning on a passed ball.

Notable Stats from First Half of Scrimmage

Notable Stats from Second Half of Scrimmage