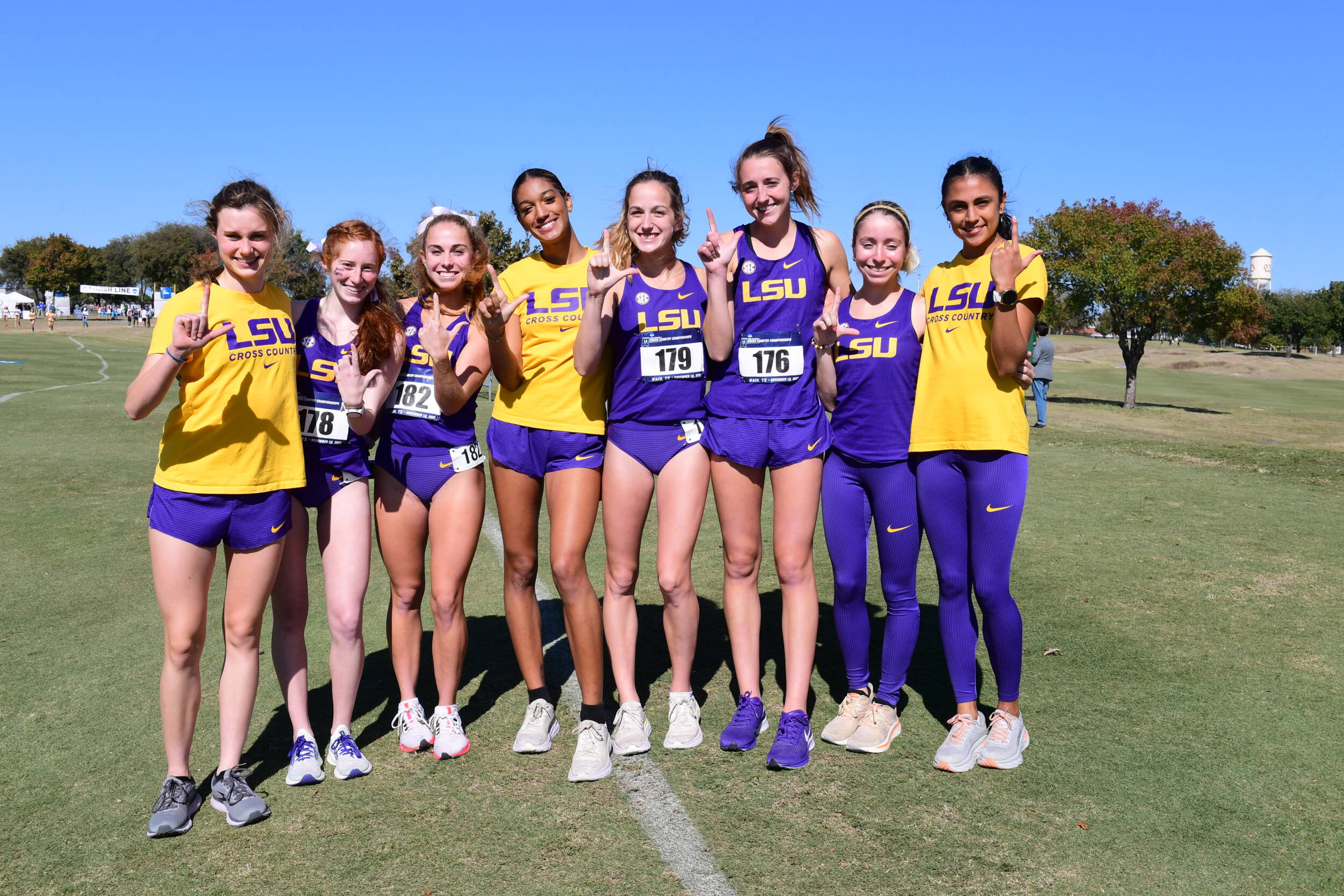 Waco, Texas – The LSU women’s cross country team registered the best finish in program history on Friday morning at the NCAA South Central Regional with a fourth place finish (116 points) at the Cottonwood Creek Golf Course. Katy-Ann McDonald highlighted the day for the Tigers as she became the second woman in program history to qualify for the NCAA Championships.

“It was a great performance and one we knew we were capable of,” LSU cross country head coach Houston Franks said after the meet. “After a disappointing conference meet I really felt the women went in with a mission to prove how good they could be.  They really took the mistakes we made at conference and cleaned up their race tactics.  It was a total team effort and a great way to finish off the season with the best finish in program history.”

Friday’s meet was a historic day for the Tigers as the women’s team had their best finish at the NCAA South Central Regionals in school history, besting the sixth place finish from the 1999 team. McDonald was LSU’s top finisher in the race as she finished sixth with a time of 20:55 to clinch her spot at next week’s NCAA championship meet. The performance matched the best individual finish in program history at the NCAA regional meet since Charlotte Mayock did so in 1996. Mayock is the only other runner in program history to have competed at the NCAA Championships.

McDonald, along with Lorena Rangel (21:16.1/16th), earned spots on the women’s NCAA South Central All-Region Team thanks to their placements in the top 25. Rangel’s finish saw her place second among freshmen runners while she also set a new personal best 6k time. Ashley LaJocies (21:39.2/26th) narrowly missed out on the all-region honors by one spot. The Tigers other scorers were Alicia Stamey (21:44.0/32nd) and Doria Martingayle (22:04.5/44th).

“Katy-Ann was tremendously great for us, and then Lorena Rangel made all-region team in just her fourth cross country meet of her life,” Franks noted. “Ashley Lajocies has been the anchor and the rock of our team all year long with here toughness and consistency, and she displayed that again today.  Alicia had a really great ‘bounce back’ race after SECs, and Doria came up huge for us, as she has literally gotten better every race this year.

“Sophie Martin has had a great freshman fall and Gwyneth Hughes is probably the most improved girl on our team since last year.  I am really proud of all of them and the way they competed with purpose and toughness today.”

The men’s team finished 16th in their first 10k run of the season with 373 points. Davis Bove starred for the men’s team as his 10k time of 31:44.7 saw him finish the race 25th, earning him a place on the men’s NCAA South Central All-Region Team.

McDonald will travel to Tallahassee, Fla. to represent the Tigers individually at the NCAA Championships on November 20th.