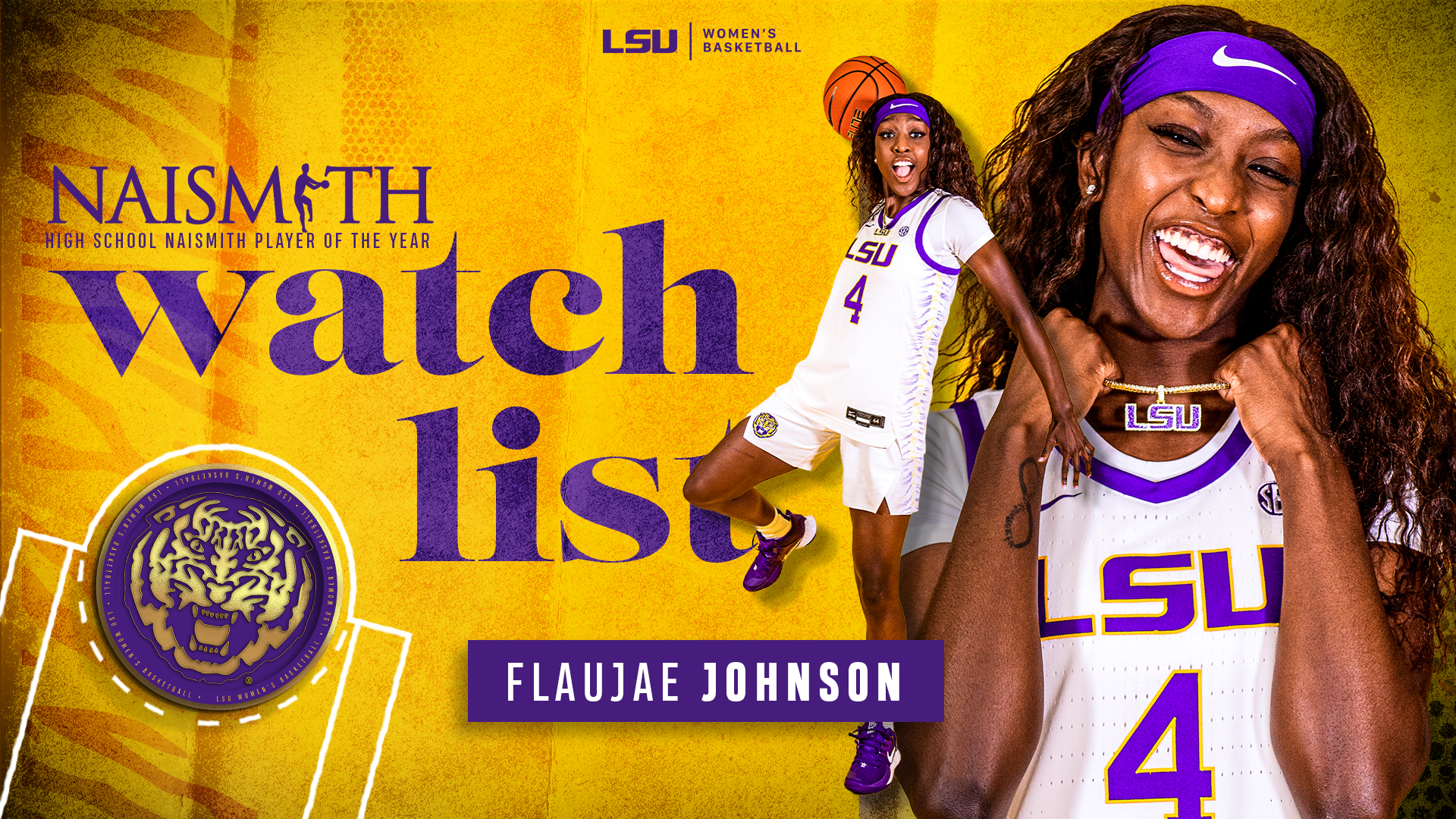 BATON ROUGE – Flaujae Johnson, who signed with the LSU Women’s Basketball program on Wednesday as the No. 26 player in the nation, is one of 50 players on the 2022 Naismith High School Award Watchlist.

On the court, Johnson is ranked as the No. 6 guard in the nation by ESPNW’s Hoopgurlz. She is a guard who is going to bring a relentless work ethic to Baton Rouge. The Marietta, Georgia native who stands at 5-10 will be an offensive weapon that can score to ball with the ability to create for herself and hit pull-up jumpers. Recently she has begun to excel on the defensive end too, showing the ability to play pressure defense and to be disruptive in the passing lanes. In April the Atlanta Journal Constitution named her to the Georgia Class 6A First-Team.

Johnson released a new song on Thursday, All Falls Down, in conjunction with her commitment to Coach Mulkey and the Tigers.