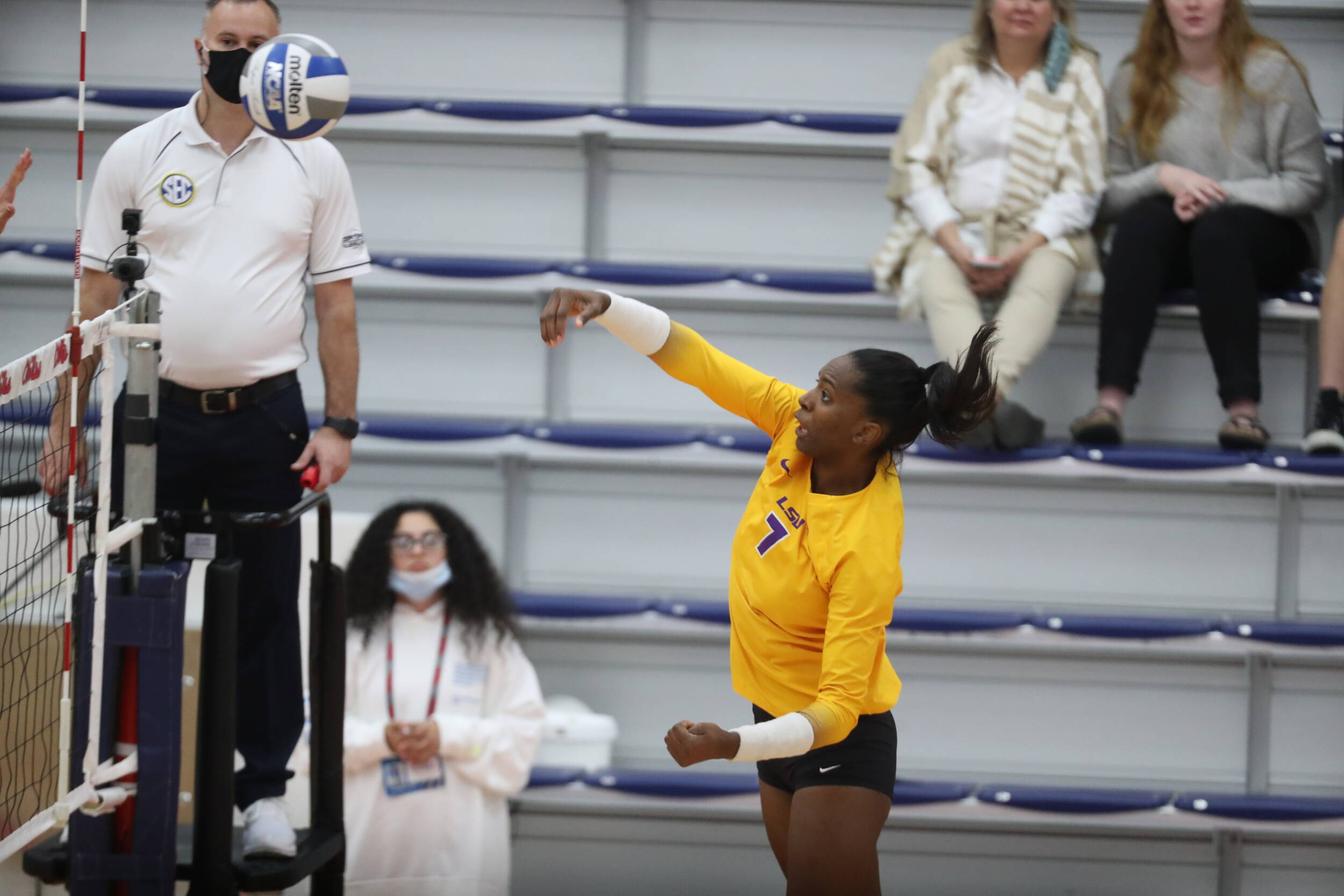 LSU’s 58 kills bested Ole Miss’ 51, but the Rebels recorded a better hitting percentage on the night (.271-.219). The Tigers had four service aces to Ole Miss’ two, and the Rebels won the battle at the net with 10 blocks to LSU’s seven.

“We did not play very tough. We were high-error tonight and we have not been that way in a long time,” said head coach Fran Flory. “Paige [Flickinger] came in and did a great job, Taylor [Bannister] played a really good match, and Anita [Anwusi] was good too, but you are not going to beat a balanced team as Ole Miss has become with only a few people playing well. We all need to be on the same page and we all need to put up the right numbers. We have the opportunity to do that tomorrow.”

LSU was led by right side Taylor Bannister, who had a season-high 16 kills on a .406 hitting percentage. Outside hitter Paige Flickinger also recorded a season-high 12 kills while hitting .429. Middle blocker Anita Anwusi and outside Kylie DeBerg both hit double-digit kills, posting 11 and 10, respectively.

Setter Ella Larkin had a match-high in both assists (44) and digs (18) to go along with four kills. Libero Raigen Cianciulli logged 13 digs and four assists.

The Tigers will take on Ole Miss again on Friday, Nov. 12, at 6 p.m. The match will be broadcast on SEC Network+.