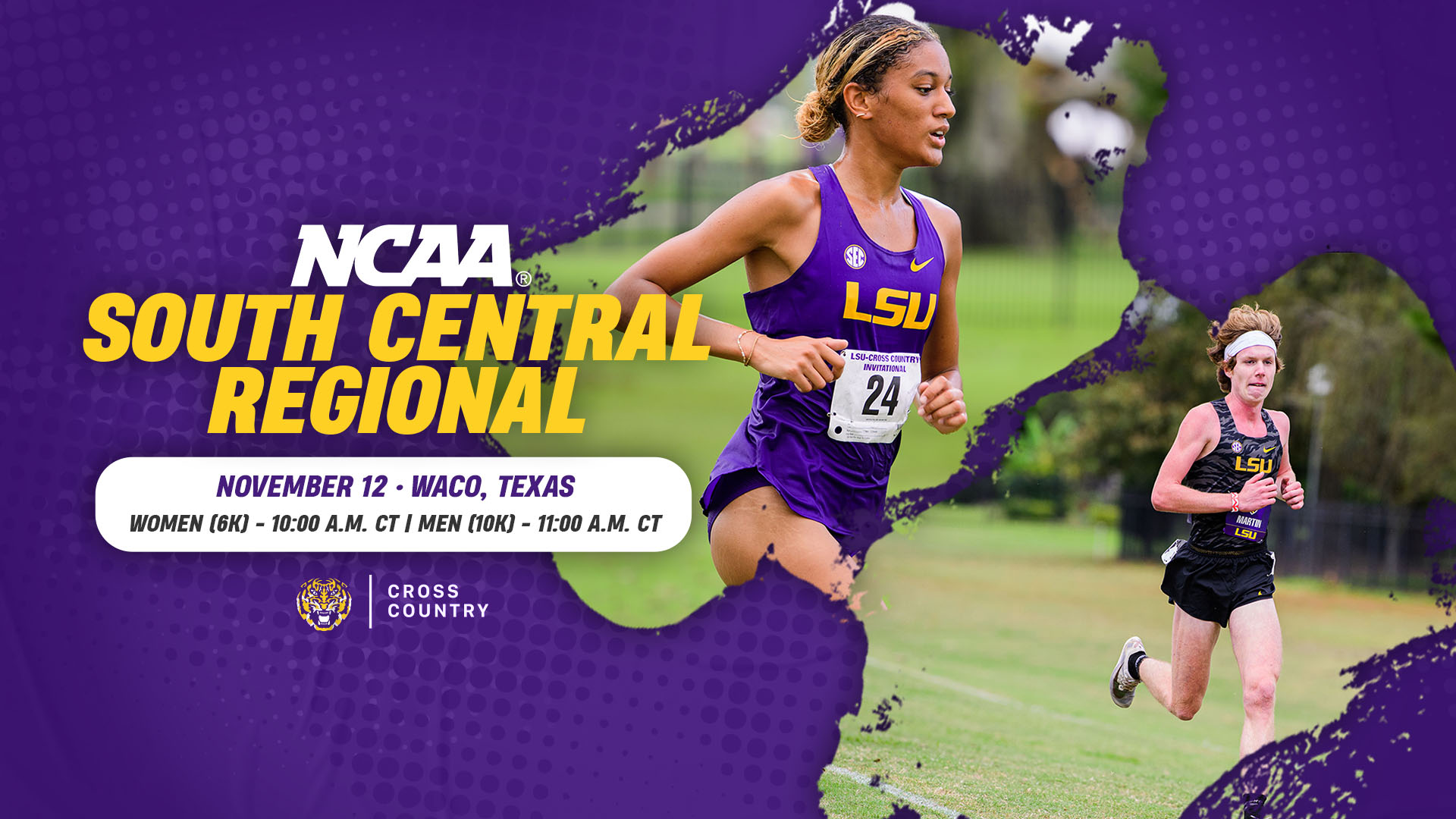 Baton Rouge, La. – The LSU men’s and women’s cross country team will be traveling to Waco, Texas to compete in the NCAA South Central Regional Championships at Baylor University’s Cottonwood Creek Golf Course. The women’s team will kick off the event at 10:00 a.m. CT with the 6k event. The men’s team will run their first 10k race of the season at 11:00 a.m. CT.

The men’s team enters Friday’s meet ranked sixth in the South Central Region. The women’s team has moved back up in the rankings after their SEC Championship performance, returning to their season best place of fifth. Updated rankings will be released on November 15th prior to the NCAA Championships.

The men’s team will race against two top 30 teams in the nation: #7 Arkansas and #14 Texas. The women’s team will face only one nationally ranked team as Arkansas comes into Friday’s meet tabbed eighth.

Friday’s meet will be LSU’s fifth of the season. The Tigers have seen several highlights this season, such as sweeping team titles at the LSU Invitational, and Davis Bove secured his first cross country individual title at the Arturo Barrios Invitational. LSU has had four athletes score at every meet this season; those athletes are Bove, J. Martingayle, LaJocies, and Stamey. McDonald has been LSU’s top performer this season as she has been the top finisher for the Tigers at each meet she’s run at; McDonald won the LSU Invitational and snagged second at the highly competitive Chile Pepper Festival.

The NCAA South Central Regional meet will be the Tigers’ fifth of the season; the top two teams will secure an automatic berth into the NCAA Championships on November 20th.  For the full LSU cross country schedule check out lsusports.net.