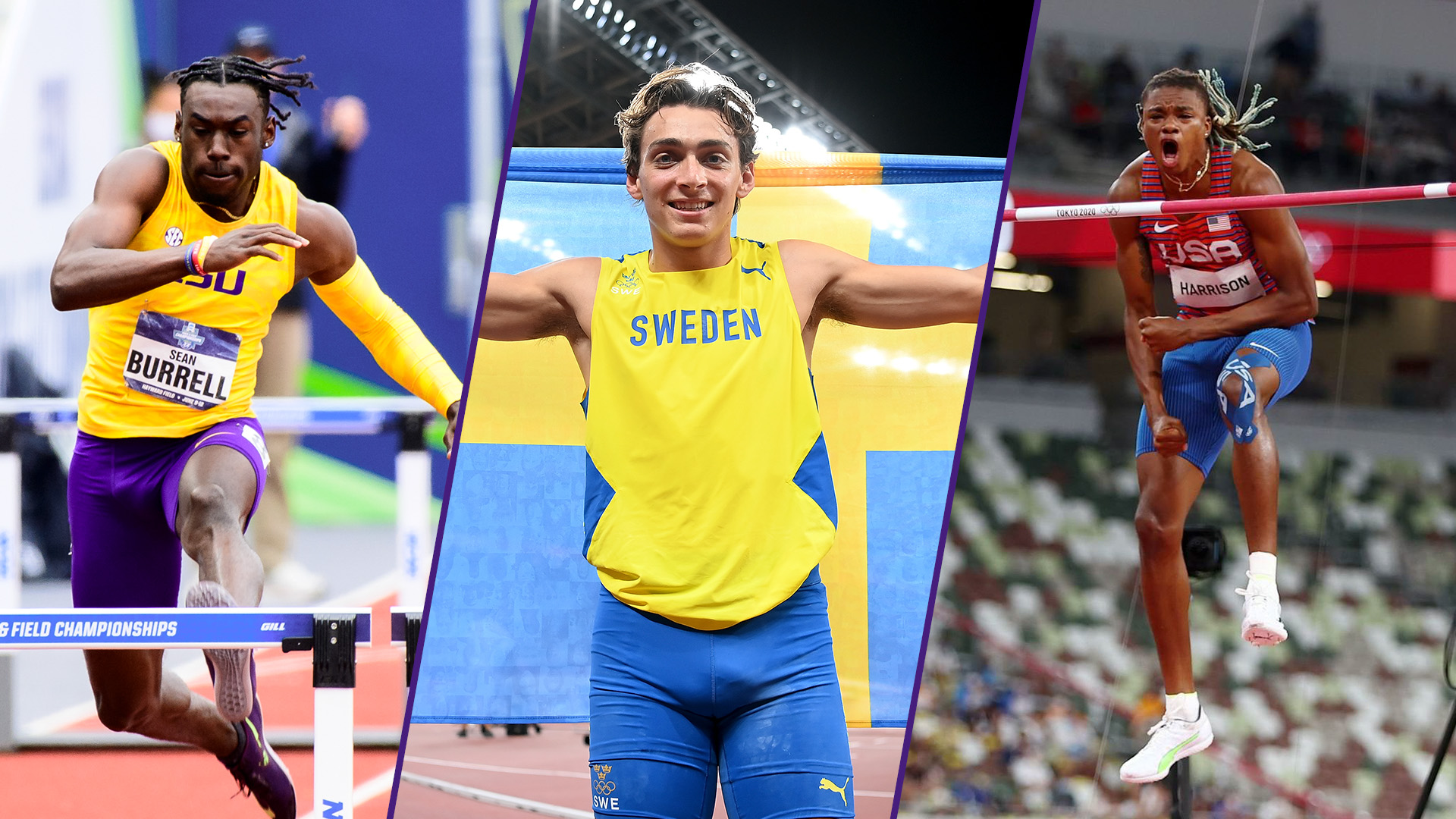 Baton Rouge, La.  – Three athletes with ties of the LSU track and field program – Mondo Duplantis, JuVaughn Harrison, Sean ‘Squirrel’ Burrell – have been nominated for prestigious awards within the sport of track and field after their stellar 2021 seasons.

Harrison became the first American to compete in both the high jump and long jump at the Olympics this summer since Jim Thorpe did so in 1912. Harrison won U.S. titles in both the long jump and high jump at the U.S. Olympic Trials this summer in Eugene, Oregon. Harrison also won four NCAA titles while competing for LSU this season and led LSU to a team national title outdoors. Harrison is also a finalist for The Bowerman, collegiate track and field’s most prestigious award.

Burrell set the world U20 record in the 400 meter hurdles in June as he won the NCAA title in the event with a career best time of 47.85; it was the fourth fastest time ever recorded in collegiate history. The time of 47.85 ranked as the seventh fastest in the world for the 2021 season.

For full releases on the awards up for grabs, visit worldathletics.org and usatf.org.