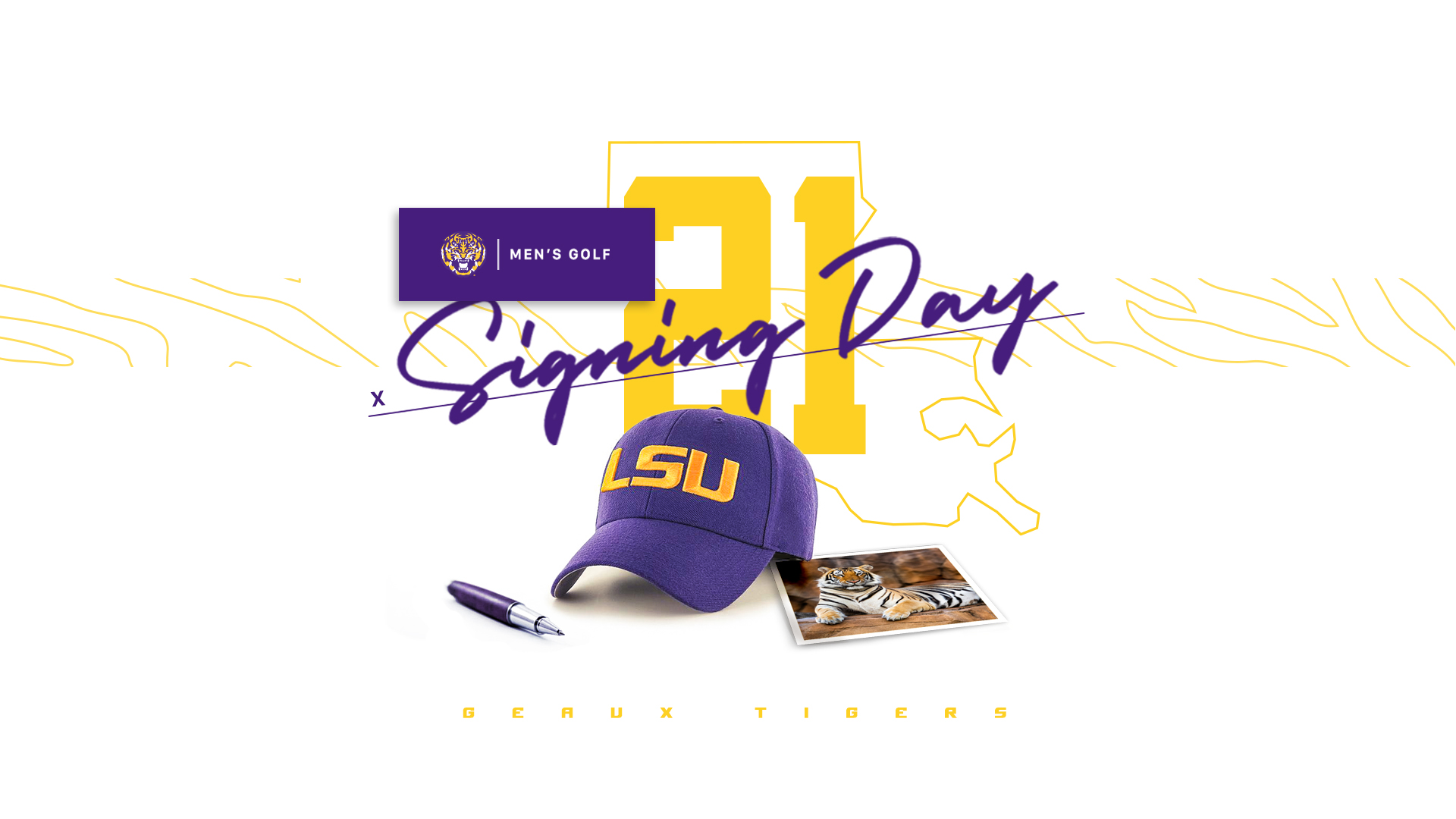 “We are thrilled to have Luke and Holden join our program here at LSU,” LSU Director of Golf Chuck Winstead said. “They are exactly the type of men we look for; they are talented, hardworking, and will be quality teammates. They understand and embrace the culture of our program and are excited to be a part of the LSU family.”

Luke Haskew, who won the 2021 Louisiana State Amateur Championship with a final score of 9-under 279 (71-70-71-67), will not have to travel far to LSU. Haskew attends University High where he achieved A/B Honor Roll from ninth to eleventh grades and earned above a 30 on his ACT.

“Luke is a powerful player that has had an immense amount of success at the state junior and amateur levels,” Winstead said. “He has excelled on the national level as well with top finishes this summer at the Southern Junior Amateur and on the American Junior Golf Association Tour at Bay Hill.”

Haskew won the 2020 Tommy Moore Memorial Championship and was runner up in the 2021 AJGA Arnold Palmer Invitational.

Holden Webb, who hails from Loyola College Prep in Shreveport, has earned a top five finish and seven top ten finishes in AJGA tournaments over the last three years. He placed third in the 2021 Louisiana State Junior Amateur.

“Holden is a good ball striker and an exceptional putter who I am confident that his best golf is in front of him,” Winstead said. “He’s consistently been on the top of the leaderboard at junior events in our state for years and has top finishes on the AJGA Tour such as sixth place finish at the AJGA Bass Pro Shops/Payne Stewart Junior Championship earlier this summer.”

Off the course, Webb was named to the Rolex All-American Honor Roll and to All-Academic Honor Roll his freshman through junior years. Both Haskew and Webb were members of National Junior Honor Society.

“I’ve been impressed with how both of these men have continued to improve and get better throughout their junior careers. We can’t wait to have them join us, and I’m excited to see their development in the coming years,” Winstead said.