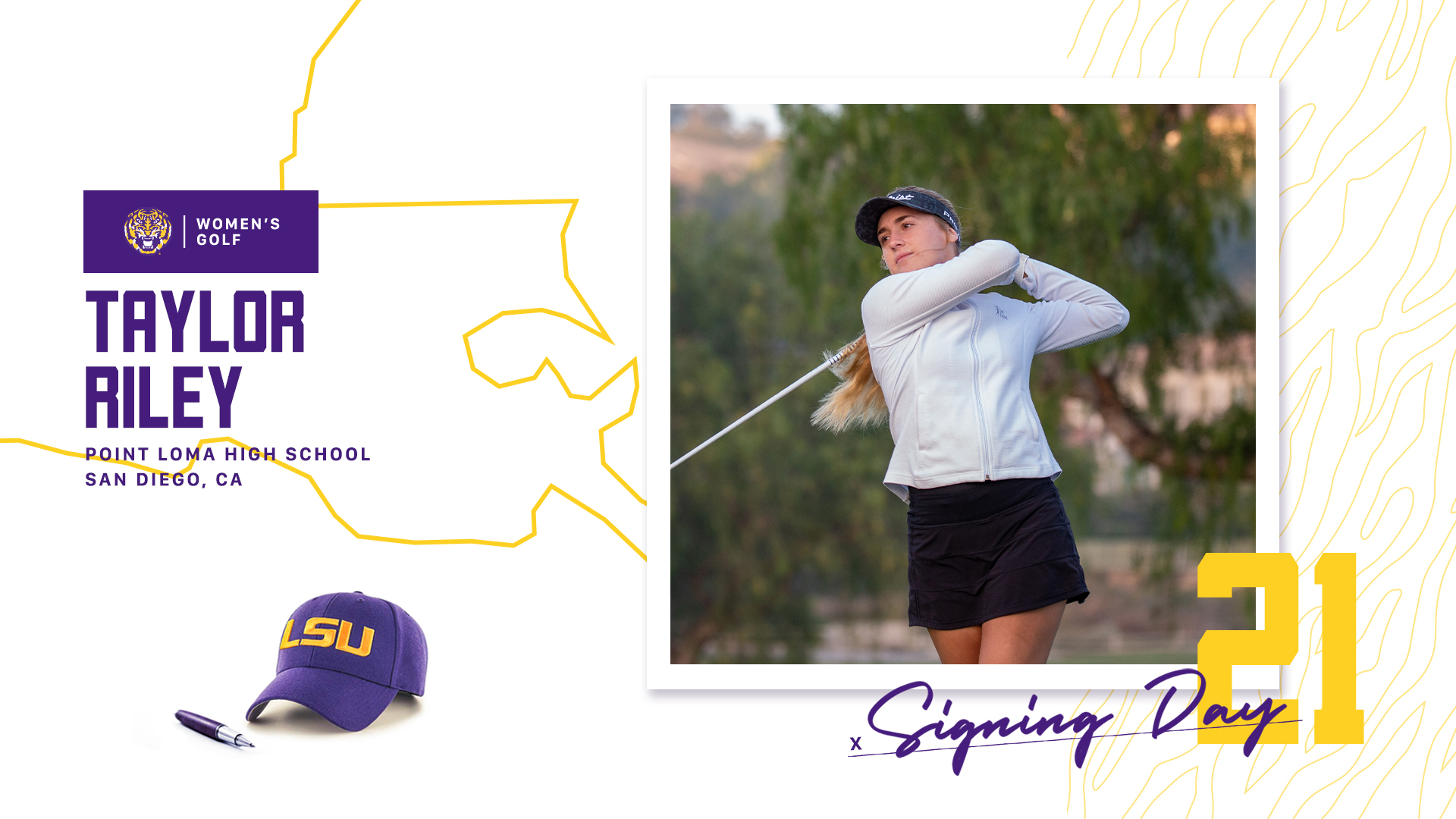 She is the daughter of Michelle Riley, who as Michelle Louviere, played at LSU in the late 1990s, a big part of getting the Tigers to two NCAA Top 10 team finishes in 1996 and 1998. Taylor’s father is Chris Riley, the present head golf coach at the University of San Diego, and former PGA Tour star with two Tour wins and was a member of the 2004 Ryder Cup team for the United States.

“We are excited to sign Taylor Riley,” said Coach Runion. “The thing I like most about her is how competitive she is, how much she wants to win and how hard she works. She obviously has two accomplished parents that play golf and know the game. Anytime you have a former player’s son or daughter on the team that makes it more special, but to have two parents like that who are supportive will obviously help her tremendously.”

Taylor Riley has twice been named All-California in 2019 and 2021 and All-League from 2018 through 2021. She finished first in the 2021 City Conference Stroke Play Tournament after finishing second in 2020. Riley tied for third in the 2021 California regional competition.

She has a total of eight first place honors in competition in 2021.