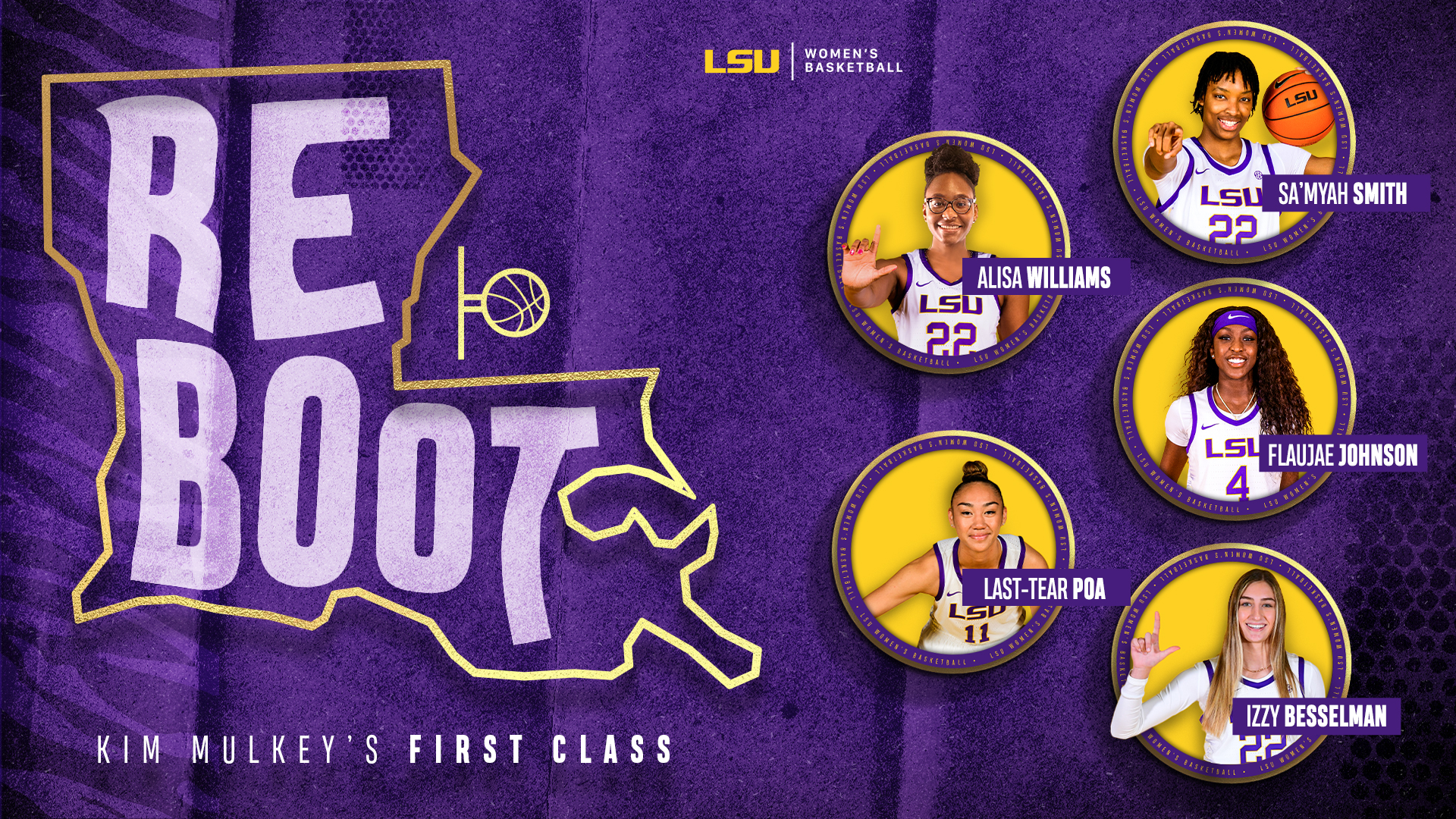 BATON ROUGE – On her first signing day as LSU’s Head Women’s Basketball Coach, Kim Mulkey signed an elite class of four players plus a walk-on that will all be able to make immediate impacts when they first step foot on LSU’s campus next year.

Smith and Williams are ranked as the No. 1 and No. 4 players, respectively, in the Dallas area by Dallas Morning News.

The Hall of Famer Mulkey was hired to lead the Tigers in April and has brought new life into the program that once made it to five consecutive Final Fours. The future is bright for LSU Women’s Basketball with Mulkey leading the charge with her first official signing class in the books and her first season underway. The Coach Mulkey Era officially began on Tuesday with LSU defeating Nicholls, 82-40. The Tigers are back in the PMAC on Sunday for a 12:30 p.m. CT tip against Florida Gulf Coast.

Johnson is ESPN’s Hoopgurlz No. 6 guard in the country who will bring the combo of great talent and a restless work ethic to Baton Rouge. The Marietta, Georgia native who stands at 5-10 can be an offensive weapon that can score to ball with the ability to create for herself and hit pull-up jumpers. Recently she has begun to excel on the defensive end too, showing the ability to play pressure defense and to be disruptive in the passing lanes. In April the Atlanta Journal Constitution named her to the Georgia Class 6A First-Team.

Not only does Johnson excel on the court as a hooper, but off the court she excels as a rapper too. When she was 12, Johnson appeared on the Rap Game television series and then two years later she reached the quarterfinals of America’s Got Talent. She has nearly one-million followers across all social media platforms.

“Flaujae is a guard who can play any perimeter position at a high level,” Coach Mulkey said. “She handles the ball exceptionally well and she couples that with great court vision as well as having the ability to shoot the three. She has a tremendous work ethic and will be a great guard for us. Flaujae has a tremendous passion for the game of basketball and we can’t wait to get her on the court inside the PMAC.”

Smith is a lengthy forward with a smooth game. She hits the glass hard and is an exceptional rebounder. The top player on a DeSoto High School team loaded with DI talent, Smith led her team to its first women’s basketball state championship last season. During the state championship run, Smith averaged 13 points, 12 rebounds, 4 blocks and 3 assists per game. She was the MVP of the Class 6A State Championship game, putting up 10 points and grabbing 14 rebounds.

Standing at 6-4, Smith is the No. 1 player in the Dallas area and the 57th-best player in the nation, according to ESPN’s HoopGurlz.

“Sa’Myah is a faceup 4 player who has the ability to extend her game to the perimeter,” said Coach Mulkey. “She is one of the top players in the state of Texas and I have been watching her since she was in eighth grade. We have built our relationship over the years and think she can develop into a great player.”

Williams is a 6-2, left-handed guard out of Braswell High School in Texas. During her junior season Williams was the Record-Chronicle’s all-area offensive player of the year after averaging 18.5 points to go along with seven rebounds per game. Following her sophomore season, she was named to the Texas Girls Coaches Association Class 5A All-State team and helped her team to a share of its first district title. Williams mom, Lisa, has coached her throughout her career at Braswell High School.

“Alisa is a big guard who is a left-handed shooter with great size and versatility,” Coach Mulkey said. “One of the most impressive things about Alisa is her basketball IQ. That alone will allow her to be successful. Her basketball IQ coupled with her skills just means that she has a great upside with a tall ceiling for success.”

Poa from Melbourne, Australia is coming to LSU from Northwest Florida State College as the top Juco transfer in the class. As a freshman, the 5-11 forward led the Raiders to the NJCAA National Championship, earning NJCAA Tournament MVP honors. During the championship season, Poa averaged 23.0 points per 40 minutes played. She shot 44.9-percent from the field and 43.5-percent from beyond the arc.

“Poa just brings excitement to the floor,” explained Coach Mulkey. “When the ball is in her hands, something good will happen. She is a big guard who can distribute it around the floor, and she has tremendous ball handling skills. Her game has a little bit of Diana Taurasi in it and Tiger fans are going to enjoy seeing her play.”

Besselman will round out the class, joining the Tigers as a walk-on. The 5-10 forward from The Episcopal School of Baton Rouge has shown the ability to score the ball. In a game in January, Besselman had a game-high 23 for Episcopal and finished with eight rebounds. In the 2020 District 8-2A title game, Besselman exploded for 18 second half points to finish with a game-high 26, propelling episcopal to the district title. Besselman was named the District 8-2A MVP for the 2019-20 season and was on the All-Metro team. Besselman has also been a standout volleyball player at Episcopal.