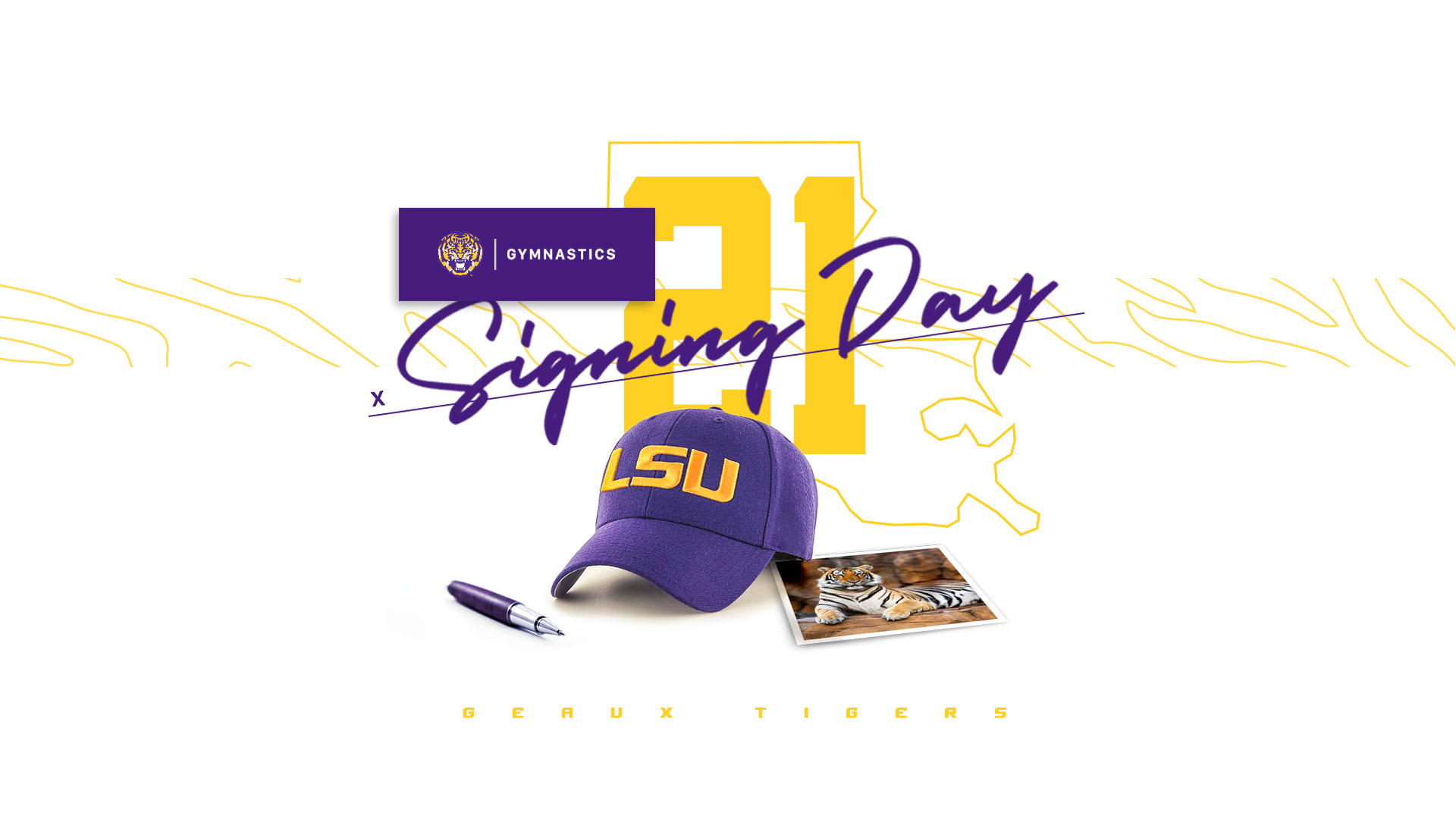 “We are thrilled about this class and the prospects for their future here at LSU,” Clark said. “We believe in these three as people and that they fit the culture and family that we have here. It’s exciting to have a class that is as enthusiastic about us as we are them and that usually translates into great success.”

Beard, a native of Alexandria, Louisiana continues the legacy of LSU gymnasts that trained at Texas Dreams. A former international elite gymnast at the junior level, Beard finished in the top-five of multiple events at the U.S. Classic, P&G Championships and J.O. National Championships. She owns highs of 38.6 in the all-around, 9.775 on vault and 9.80 on floor at level 10 and finished in the top five of all events and all-around at the 2021 WOGA Classic.

“Annie is a dynamic and powerful gymnast from Texas Dreams Gymnastics. She is a precise and clean gymnast that, when healthy, should be able to make a large impact for us” Clark added.

Lippeatt trains at Cincinnati Gymnastics under May Lee Tracy. A senior elite gymnasts from Cincinnati, Ohio, Lippeatt was named to the U.S. National Team in 2020. She finished eighth on beam at the Gymnix International and was a part of the U.S. team that took first overall. Domestically, Lippeatt most recently finished third on floor and fourth in the all-around at the 2021 Winter Cup. She also owns top-10 finishes at U.S. Championships and U.S. Classics during her elite career.

“Lilly is another in a long line of CGA elite national team members that have gone on to college,” Clark said. “We expect her to be very successful like those that have come before her. She possesses some unique skills in her arsenal that will set her apart from the run of the mill collegiate routines.”

The second Louisiana native, Bryce Wilson is a level 10 gymnast at Pearland Elite Training Center in Pearland, Texas. She is the reigning Junior Olympic vault national champion and 2021 Nastia Liukin Cup qualifier. Wilson owns multiple top-five finishes at the regional and state levels. She also finished third on vault, sixth on floor and fifth in the all-around at the 2019 J.O. Nationals.

“Bryce Wilson is as athletic of a gymnast as you will find,” Clark said. “She is a true diamond that will shine more and more as time and experience grows. She possesses every quality to be the complete package in college.”

The trio will join an experienced squad for the 2023 season. The 2022 squad continues training in preparation for Gym 101 on Dec. 3 and the start of the season on Jan. 7 in Baton Rouge.