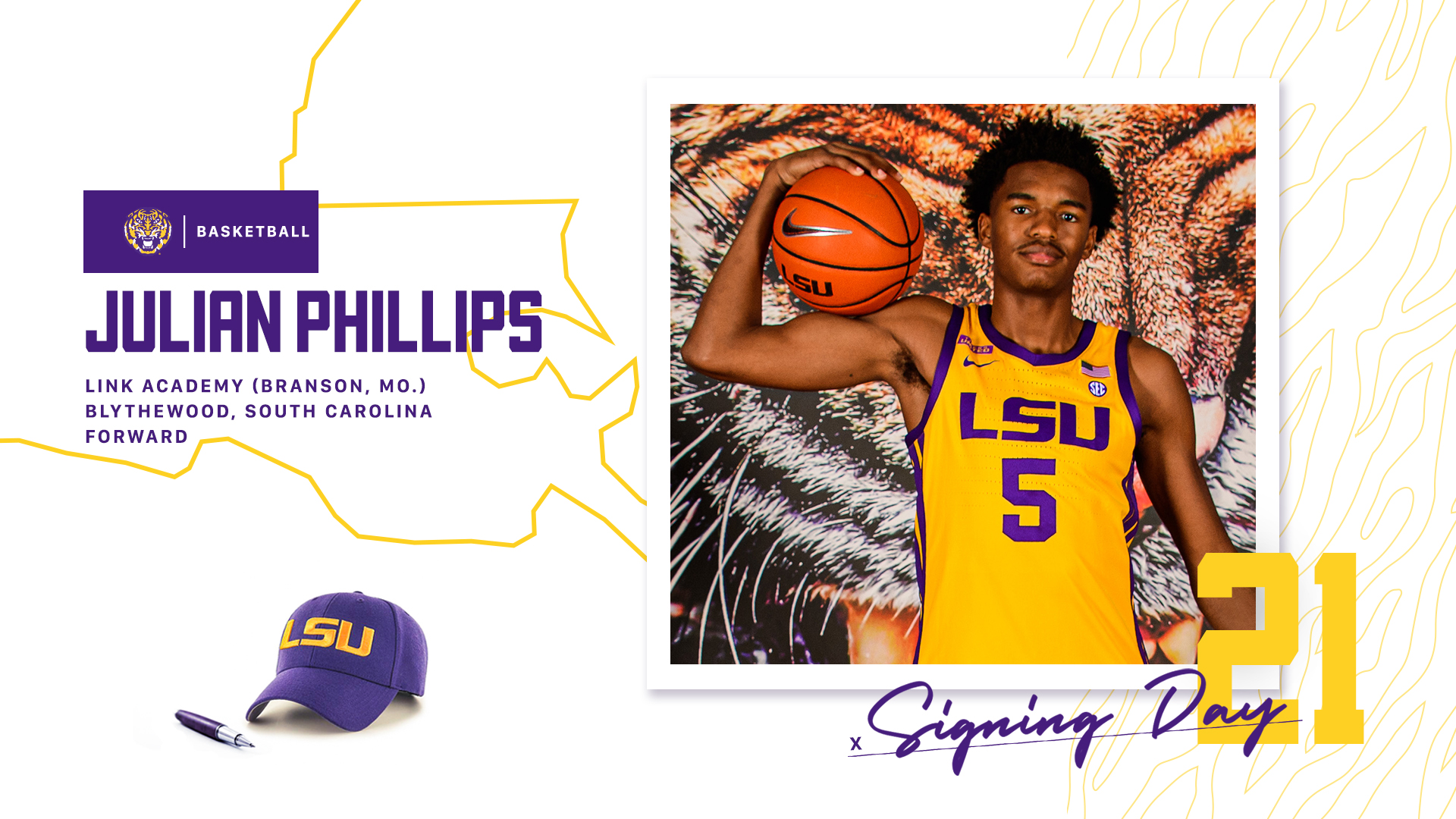 BATON ROUGE – LSU men’s basketball coach Will Wade and the LSU Athletics Department announced on Wednesday that five-star forward Julian Phillips has signed and has approved his national letter-of-intent papers to play for the Tigers.

Phillips, at 6-8 and 200 pounds, hails from Blythewood, South Carolina and will play this year for Link Year Academy in Branson, Missouri for Coach Rodney Perry.

He becomes the sixth five-star recruit to join the LSU Basketball program in the Will Wade tenure at LSU.

“We are very excited to have Julian Phillips and his family join us at LSU,” said Coach Wade. “Julian is an ultra-talented player. He has a great feel for the game and is very cerebral on the court. He can play multiple positions because he shoots it well, is a great mover and is overall a very productive player.”

The three-time all-state selection in South Carolina is ranked No. 14 nationally by both ESPN, Rivals and 247sports.com. He is ranked No. 2 at the position by 247sports and No. 5 by ESPN.

Phillips averaged over 20 points this season for Blythewood High School and 19.6 points for Upward Stars in the Gauntlet Series this summer under Coaches Curtis Wheeler and Christian Savage.