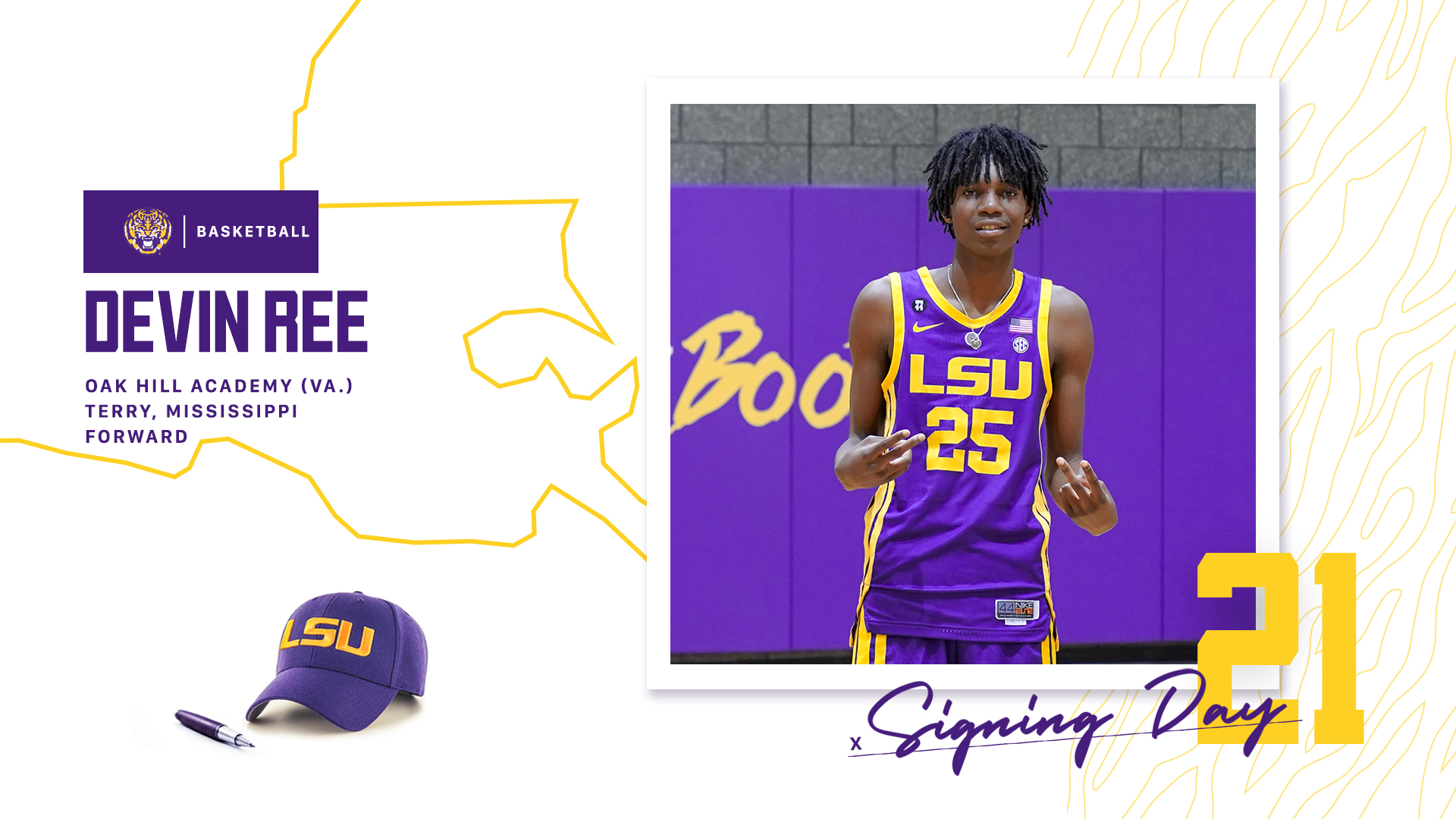 Ree is a 6-8 small forward four-star recruit, who played last season for Terry High School. He will play the 2021-22 season at Oak Hill Academy in Virginia where he will play for Coach Steve Smith.

“We welcome Devin Ree to the LSU Basketball program,” said Head Coach Will Wade. “Devin is a long, athletic shooter. He has unlimited range and his height is able to get his shot off in any situation. Devin will be a game changer for us on offense.”

Ree also played for We All Can Go this past summer on the adidas Gauntlet circuit. He was also part of the Virginia Gold team that won the recent 2021 GEICO Top Flight Invitational championship including a 20 point, 5-of-5 effort from outside the arc against Prolific Prep in the semifinals.

Ree is ranked No. 84 in the nation by the recruiting services and the No. 1 player in the state of Mississippi.