Back in Action, LSU Volleyball Ready for Two-Match Series at Ole Miss 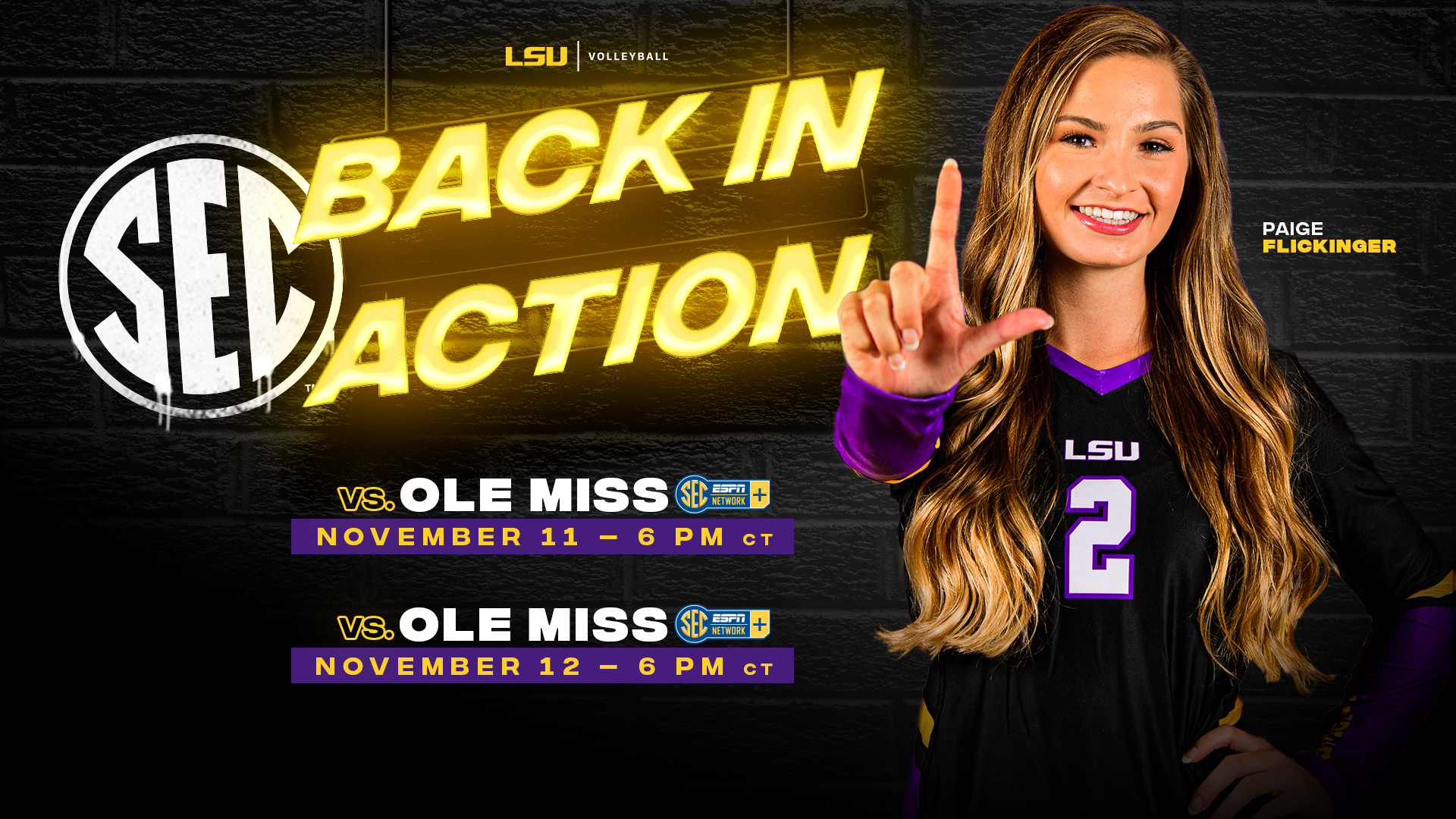 The two clubs will meet first at 6 p.m. on Thursday night before competing again at 6 p.m. Friday night. Both matches will be on SEC Network+.

“Every match from here on out is vital for us,” said head coach Fran Flory. “We have had a great week of training and had the opportunity to implement a few new things and recover from our stretch of eight matches in 19 days before the bye week.”

The Tigers enter the weekend on a two-match winning streak after putting together consecutive sweeps against then-ranked No. 20 Tennessee (Oct. 24) and at Auburn (Oct. 29) before their bye week.

Outside hitter Kylie DeBerg leads the Tigers with 4.04 kills per set and 25 aces this season. DeBerg has consecutive matches hitting .360 or better and has logged double-digit kills in 20 of the Tigers 22 matches this season. Right side Taylor Bannister averages 2.70 kills per set and her career total of 1,805 kills ranks No. 10 in the SEC record book. Other contributing outside hitters consist of Hannah Brister and Sanaa Dotson who has 2.53 and 2.47 kills per set, respectively. Middle blocker Anita Anwusi sits fifth in the SEC with 1.28 blocks on average and ranks No. 7 in the conference with a .357 hitting percentage.

“The challenge as a coach is to keep that competitive edge when you have not competed,” said Flory. “Practices has been spirited and driven and are ready for the final month of the regular season.”

Prior to its loss at No. 22 Tennessee, Ole Miss had a four-match winning streak with three sweeps in that stretch. The Rebels are 5-3 at home this season and has a .270 hitting percentage, while holding their opponent to a .195 clip. Ole Miss ranks fifth in the SEC with 2.64 blocks per set and sixth in the league with 13.34 kills per set.

Outside hitter Anna Bair leads the Rebels with 3.60 kills per set to lead the offensive attack. Setter Kylee McLaughlin hands out 10.22 assists per set, and middle blocker Payton Brgoch leads at the net with 1.15 blocks per set while also adding 2.21 kills per set with a .336 hitting percentage.

“Ole Miss is a very good team and much improved,” Flory said. “They are a well-coached team with a lot of pieces. We will have to be prepared for different looks across the net, but with the extra time, we will be ready for whatever they throw at us.”