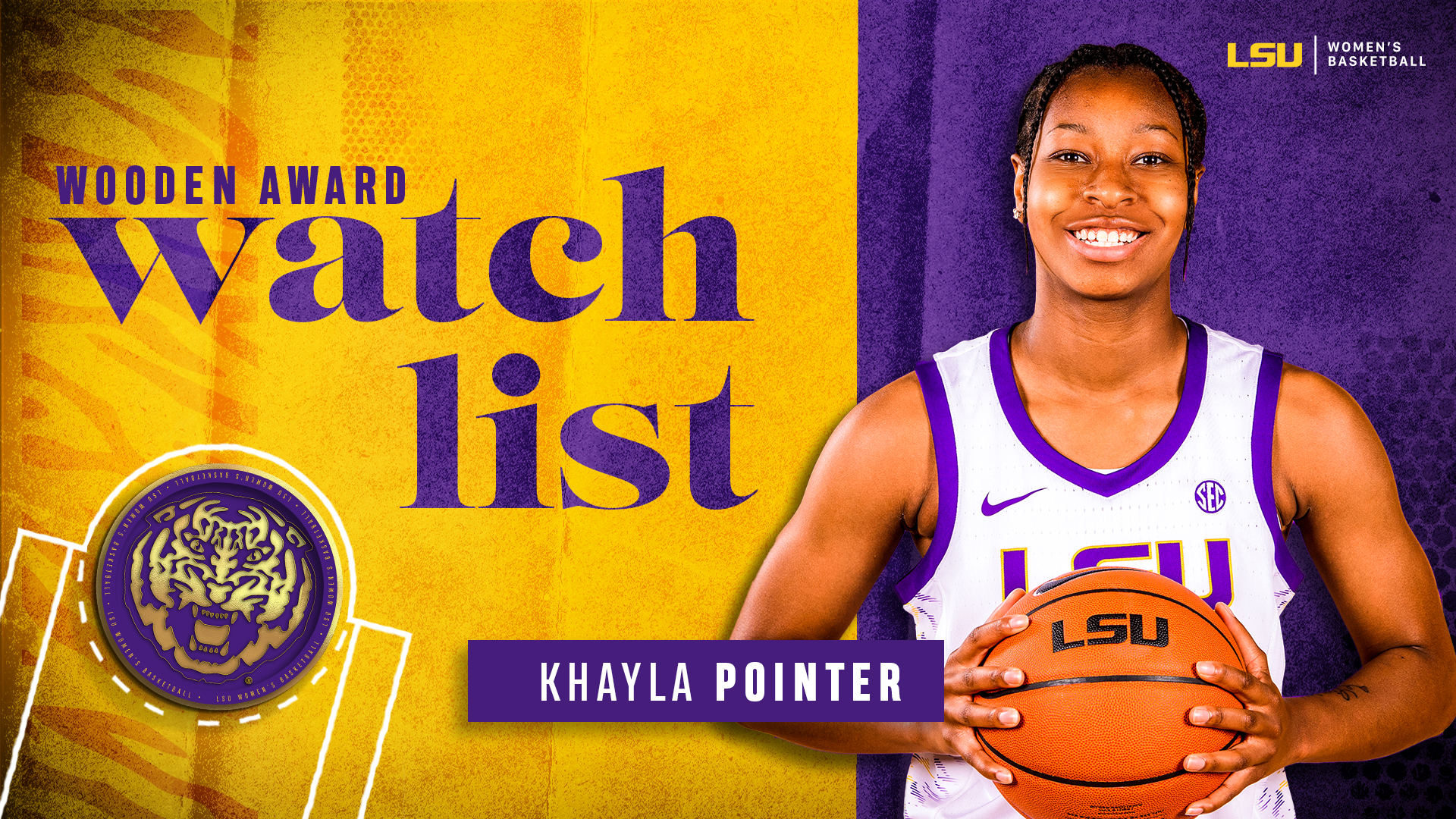 LOS ANGELES, Calif. – While senior guard Khayla Pointer was busy becoming the third player in LSU Women’s Basketball history to record a triple-double during the Tigers’ season-opening win, off the court she was named to the Preseason Wooden Award Top 50 Watchlist

Pointer went for 16 points, 13 assists and 11 rebounds as LSU took down Nicholls, 82-40, to kick off the Coach Kim Mulkey Era in Baton Rouge. She became the first player since Katherine Graham in 2010. Cornelia Gayden recorded two-doubles during the 1994-95 season. The Marietta, Georgia native is also on both the Coaches and Media Preseason All-SEC Teams.

After being named to the All-SEC First Team and Defensive Team last season, Pointer announced in April that she would return for her final year of eligibility in Baton Rouge. She averaged a career-high 16.9 points per game last season, dished out 90 total assists and accumulated 55 steals. Pointer eclipsed 1,000 career points last year and will be a critical part of Mulkey’s first LSU team.