Former LSU Assembly Center Director and international athletics executive Dr. Bill Bankhead is a member of the 2021 LSU Athletics Hall of Fame induction class and will be formally enshrined on Friday, November 12, at the Manship Theater in downtown Baton Rouge. 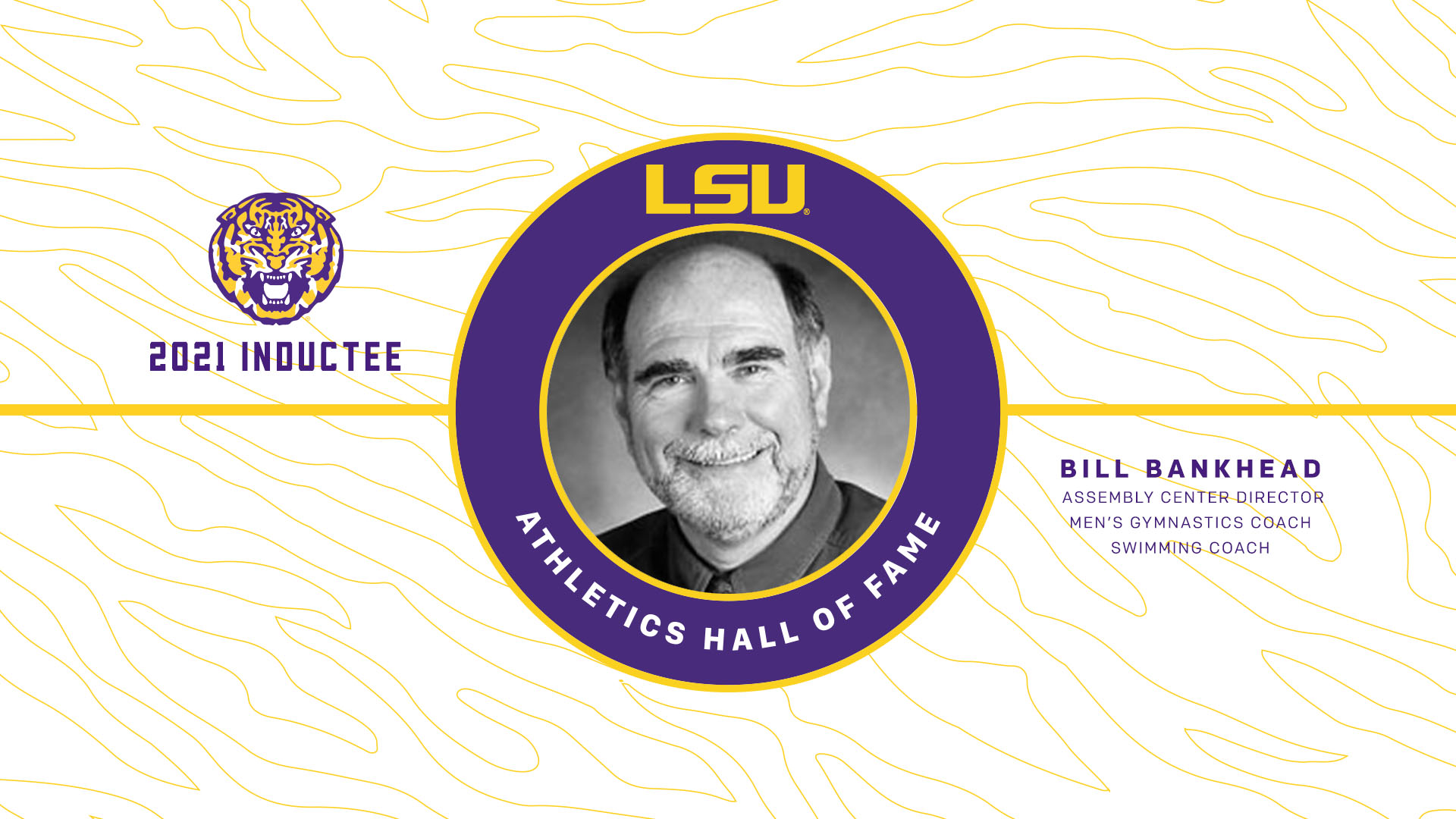 Bankhead grew up in Baton Rouge, went to Catholic High School, and graduated from LSU (twice). After traveling the globe, he still maintains that his favorite place is right here, in the capital city of Louisiana.

Although Bankhead aspired to be a football player at LSU, a broken leg kept him on the sidelines as a cheerleader. Well-rounded as he is, Bankhead also threw javelin and lettered in track and field. His undergraduate years, which began in 1953, were put on hold, however, by more pressing matters.

“Back in those days, we had to take ROTC. My buddies and I were marching on a Saturday morning with wooden guns and we thought about all our friends in Korea with real guns,” Bankhead said. It was then and there that he and his friends decided to enlist in the Marine Corps.

Bankhead served in the First Marine Division from 1953 until 1955, when he was able to resume his undergraduate degree. Fortunately, this put him in the perfect position to be a cheerleader for the Tigers’ first football national championship in 1958.

In 1959, he left his beloved Baton Rouge to move to Massachusetts for a year to complete his Master’s in Education Administration from Springfield College, but he quickly returned to Tiger Country.

“To me, the title of ‘Coach’ is one of the greatest things. I’ve always admired anybody that was a coach, a real coach,” Bankhead remarked.

When asked in 1968 to become the LSU Director of Intramural Sports and Director of Minor Sports, he accepted.

The minor sports? Gymnastics, swimming, wrestling, golf and tennis. Bankhead laughed, thinking about any sports being considered minor nowadays. “I still have my card that says Director of Minor Sports,” he chuckled. “I laugh every time I look at that.”

But for Bankhead, the fun was just beginning. In 1971, he was asked to be the first Director of the LSU Assembly Center, now the Pete Maravich Assembly Center (PMAC).

“That was a lot of fun,” Bankhead said, his smile lighting up. “In those years, we had the biggest acts that traveled around the world.”

The Rolling Stones. Tina Turner. Elvis Presley. The Who. “Anything that was big at the time, we booked it,” he said. His favorite? “Liza Minnelli.” He reminisced about how kind she was backstage and how amazing her performance was.

By 1975, Bankhead earned his Doctorate in Education and became Dr. Bankhead, all while working full-time as the Director of the Assembly Center. Dr. Bankhead’s hard work and dedication to the Assembly Center showed. The PMAC was named a Top 10 facility by the International Auditorium Managers Association every year — for 10 years — that Bankhead was its director.

“I’ll never forget; the guy that was the ABC Sports producer who watched the opening ceremonies of the Special Olympics said that it was so good, we’re putting it on the Wide World of Sports,” Bankhead explained. “In those days, Wide World of Sports was 90 minutes, broken into three 30 -minute segments. He told me they wanted to do all 90 minutes on the Games!”

The success helped to elevate the attention and resulted in the 1985 U.S. Olympic Sports Festival being held in Baton Rouge. Working for the Olympics and staying right at home? Bankhead got his cake and ate it, too.

“That was the start of me running multi-sport events,” Bankhead continued to joyfully explain the evolution of his career. “I had an office in Washington, D.C., and an apartment, but I was hardly ever there.”

He once again, in 1987, left his beloved Baton Rouge to be the Director of International Games for the Special Olympics.

Reno, Nevada. Minneapolis, Minnesota. New Haven, Connecticut. And those are just some of the domestic travels.

“Then we started in Europe and I did the Winter Games in Ireland, and Summer Games in Scotland and Austria,” Bankhead rattled off the details like it had all happened yesterday. “I was on the road all the time because I had to be on-site to make sure they were doing the work.”

The work always got done. In 1998, Bankhead was the Director of Operations and COO for the NIKE World Masters Games across multiple sites in Oregon.

Bankhead, however, always found his way back to Red Stick. He was the President and CEO of BRLOC, the organization that conducted the 2001 USA Masters Track & Field Championships and the Senior Olympics in his hometown of Baton Rouge.

After years of travels with numerous groups or organizations, Bankhead stands firm in his response when asked what his favorite place is. “Louisiana,” he says proudly.

Love is a small word with big meaning but it’s all Dr. Bill Bankhead exudes for LSU and its athletics department.

“This is the highlight of my life,” he said when asked what the LSU Athletics Hall of Fame induction means to him. “No question about it. LSU has meant everything to me.”