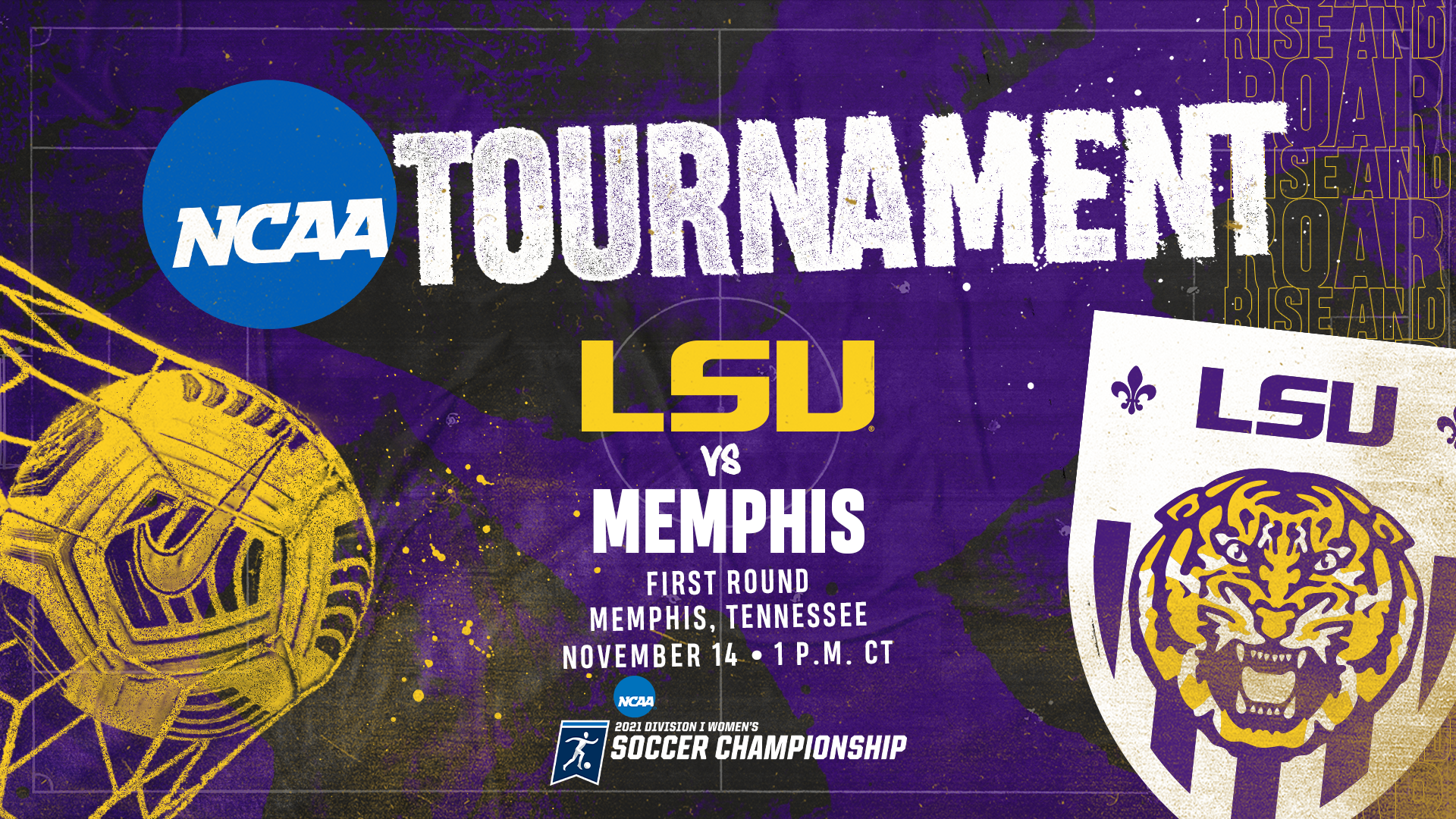 Baton Rouge, La. – The LSU soccer team is headed to the 2021 NCAA Tournament; it will be LSU’s seventh appearance at the NCAA Tournament in program history. LSU and Memphis will square off at 1 p.m. CT on Sunday at the Billy J. Murphy Soccer/Track & Field Complex in Memphis, Tennessee.

“Our body of work over the course of the season has shown the ability for us to compete against anybody in the country on our day,” head coach Sian Hudson said following the bracket reveal. “We’re going to go into this tournament ready to compete.

“We have a lot of experience on this team – some players from the 2018 NCAA squad are still here and we have a few of our transfers that have prior NCAA Tournament experience as well. So we will lean on those experiences as we prepare for Memphis.”

The Tigers, who own a record of 11-7-1, will be making their first trip back to the national tournament since 2018, and this will mark NCAA bid No. 1 under head coach Sian Hudson in only her second season at the helm of LSU Soccer.

LSU made it into the NCAA Tournament thanks to their four ranked wins, three of which came on the road in nonconference play. The Tigers downed No. 15 USF, No. 19 UCF, and No. 21 Arizona State within a 10 day stretch that spanned from late August to early September. LSU picked up the highest ranked win in program history against No. 4 Arkansas by a score of 4-2 in the regular season finale that gave the Tigers a much needed boost headed into postseason play.

Memphis has a record of 13-4-2 on the season and just won the American Athletic Conference championship on Sunday as they beat No. 23 South Florida 3-0 in penalties after 110 minutes of scoreless play in the championship match.

LSU’s trip to Memphis will mark the seventh NCAA Tournament match away from Baton Rouge for the Tigers. Overall, the Tigers own an all-time record of 2-5-2 in the NCAA Tournament. LSU and Memphis have met seven times previously with LSU holding the all-time advantage in the series with four wins to Memphis’ three. The last meeting came in 2012, a 2-1 win for LSU in Baton Rouge.

The 2021 Division I Women’s Soccer Tournament kicks off this weekend with only the first round of matches. Thirty-two schools will serve as hosts this weekend and games will be played on any of the following days: Friday (Nov. 12), Saturday (Nov. 13), and Sunday (Nov. 14). Second and third rounds will continue the following week (Nov. 19 and Nov. 21) before the regional finals take place on Nov. 26 or Nov. 27. The final four teams standing will participate in the Women’s College Cup, Dec. 3 and Dec. 5, in Santa Clara, California.