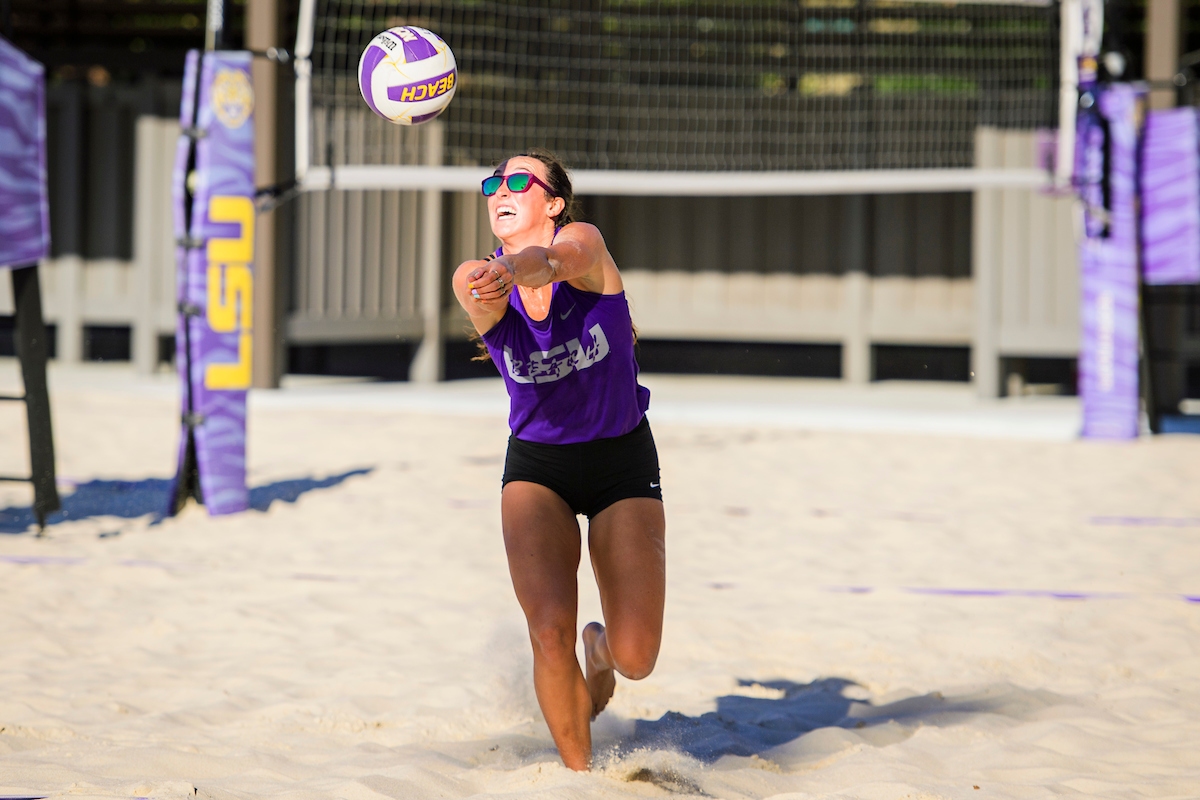 HUNTSVILLE, Ala. – The LSU Beach Volleyball team won at the Rally Volleyball Huntsville Collegiate Bash on Saturday, marking the second consecutive week the Tigers have won a competition as the Fall season comes to a close.

“We probably didn’t play as well this weekend as last weekend, but had better results,” said head coach Russell Brock. “There’s something to be said for being able to get positive results when you don’t have your best energy and execution. This is a really long trip and it was a really chilly day. After a long hard week in the weight room and at practice, I’m proud of the way we powered through and finished on top.”

The Tigers had 10 players go undefeated throughout the day and five players that did not drop a single set. Ellie Shank, Kelli Greene-Agnew, Bella Bauman, Lara Boos, Ashlyn Rasnick-Pope, Brooke Bluetreich, Parker Bracken, Melia Lindner, Cassidy Chambers and Alexis Toney were all 3-0 through the day. Blutreich, Bracken, Lindner, Chambers and Toney swept through all six sets they played in.

LSU won 78-percent of its single-court matches to earn the victory at Rally Volleyball over Georgia State, UAB, Southern Miss, Tulane and Tennessee-Chattanooga.

LSU will host a Fall Purple and Gold Scrimmage that will be open for fans on Friday at 5 p.m. CT to close out its Fall training schedule.