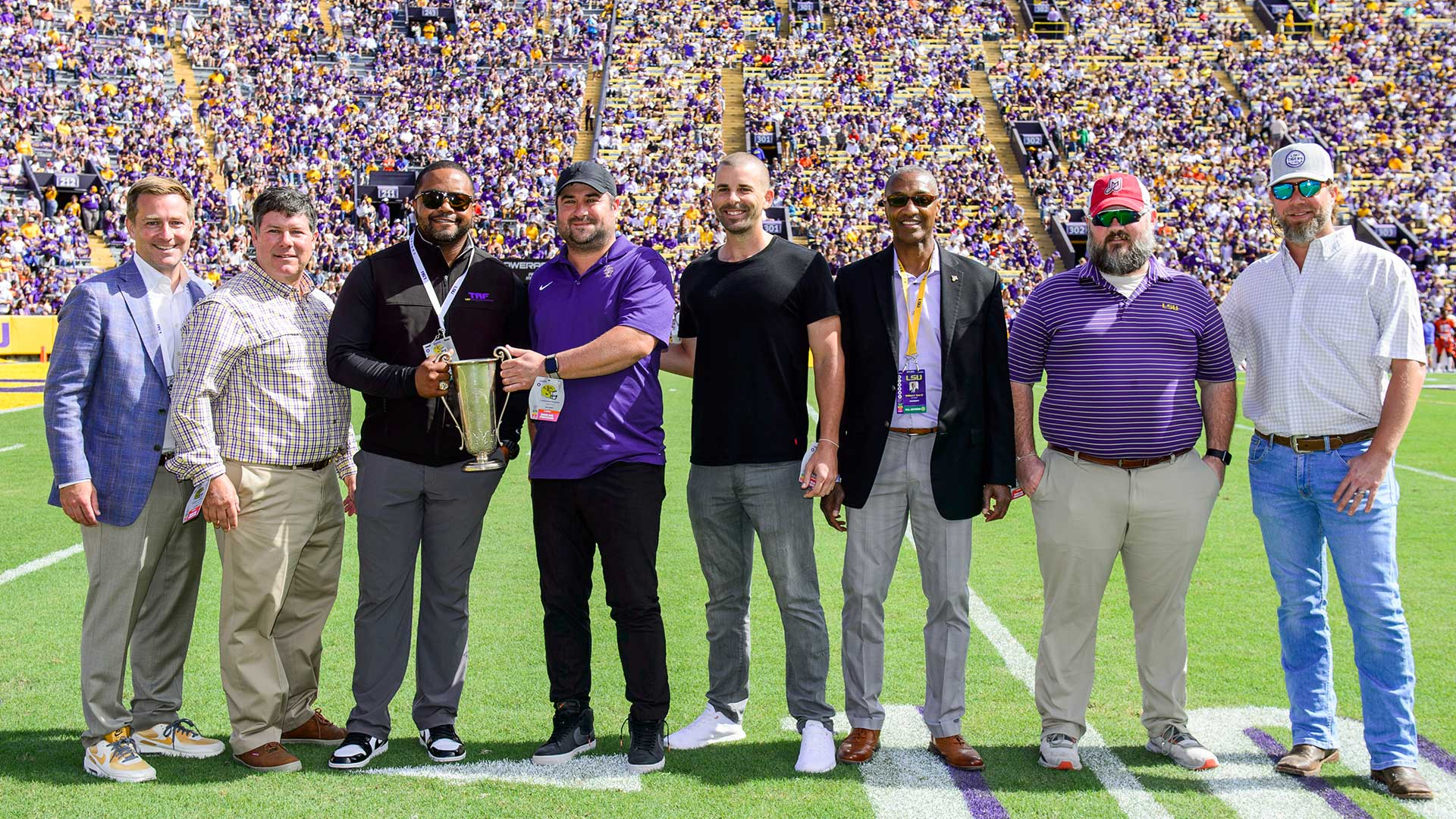 BATON ROUGE – The Tiger Athletic Foundation recently raised over $40,000 for the LSU men’s and women’s golf programs with the annual TAF Presidents Cup.

The event, now its 23rd year, was held at the University Club and featured 24 teams. Participants in the event included LSU President William Tate, TAF President/CEO Matt Borman along with Hall of Fame LSU coaches in D-D Breaux, Paul Mainieri and Karen Bahnsen.

“We are very appreciative of the support given to the LSU men’s and women’s golf program by the Tiger Athletic Foundation,” LSU Director of Golf and Men’s Head Coach Chuck Winstead said. “We are grateful for the players and companies that participate in this event each year.

“In order to be a nationally competitive program and to attract and develop the best collegiate golfers, you have to have great support and events like President’s Cup go a long way to helping provide our program with the resources needed to compete for championships.

This year’s overall team champion was made up of Todd Picou, Jesse Landry, Ben Adams and former LSU running back Justin Vincent.

Next year’s President’s Cup is scheduled for Oct. 21, 2022 at the University Club. For more information on how to participate or to become involved with the Tiger Athletic Foundation visit www.lsutaf.org.