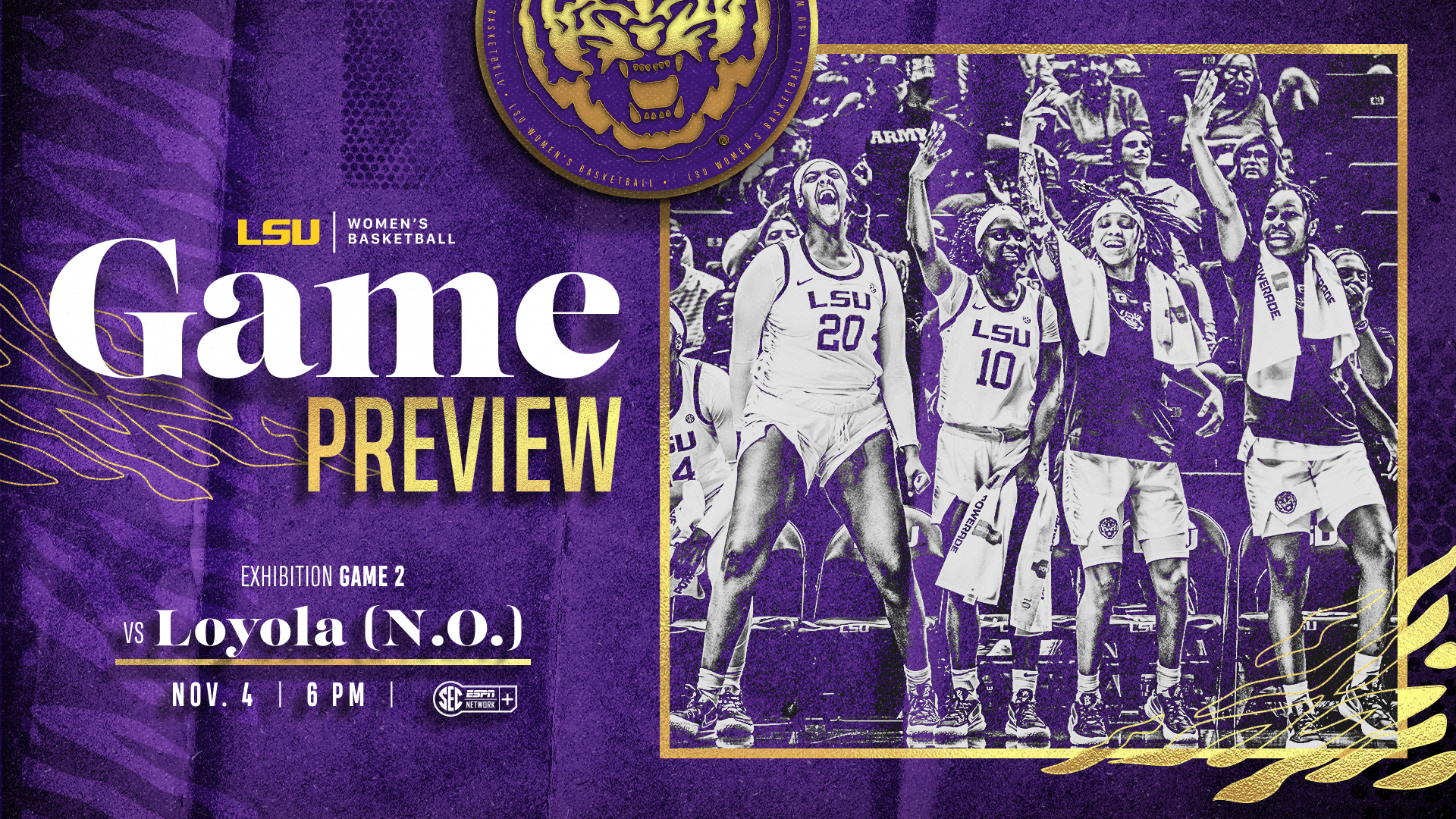 BATON ROUGE – The LSU Women’s Basketball team will host Loyola (N.O.) Thursday evening at 6 p.m. CT in the PMAC for its final exhibition before the season officially begins. It is free for fans to attend.

“I’m using these exhibitions like a practice session,” said Head Coach Kim Mulkey. “I’m able to turn the lights on, put people in the stands and see who performs with the lights on maybe a little bit better than they do during practice and who kind of gets nervous and doesn’t perform.”

On Tuesday, November 9 Hall of Fame Coach Mulkey will lead the Tigers for her first official game as their head coach at 11 a.m. for the annual field trip game. Season tickets are still available, and fans are encouraged to join the Fast Break Club. Fans are encouraged, but not required to wear masks for games this season.

Thursday will be LSU’s second exhibition game after the Tigers handled Langston on Saturday, 112-48. The exhibition is free for fans to attend, and the team will sign autographs following the matchup. Fans can listen to the game on the LSU Sports Radio Network (107.3 FM in Baton Rouge) and the game will also be streamed on the SEC Network Plus.

“I want heart. I want effort,” Mulkey said. “If there’s a loose ball, I want us diving on the floor for it.”

During Saturday’s win over Langston the Tigers played with energy on both sides of the court. Eleven out of the 12 players that saw the court for LSU scored, including five who scored double-digits. Senior guard Khayla Pointer, who was named on both the media and coaches Preseason All-SEC Teams, led the way with 22 points for the Tigers. Graduate transfer Autumn Newby recorded a double-double off the bench with 10 points and 16 rebounds, including 12 on the offensive glass.

Loyola is led by Kellie Kennedy who is in her 14th season leading the Wolfpack and is coming off a year in which she was named SSAC Coach of the Year. Loyola went 21-2 last season and reached its eighth consecutive NAIA Tournament. The Wolfpack defeated Langston in the first round of the NAIA Tournament before being bounced in the second round.