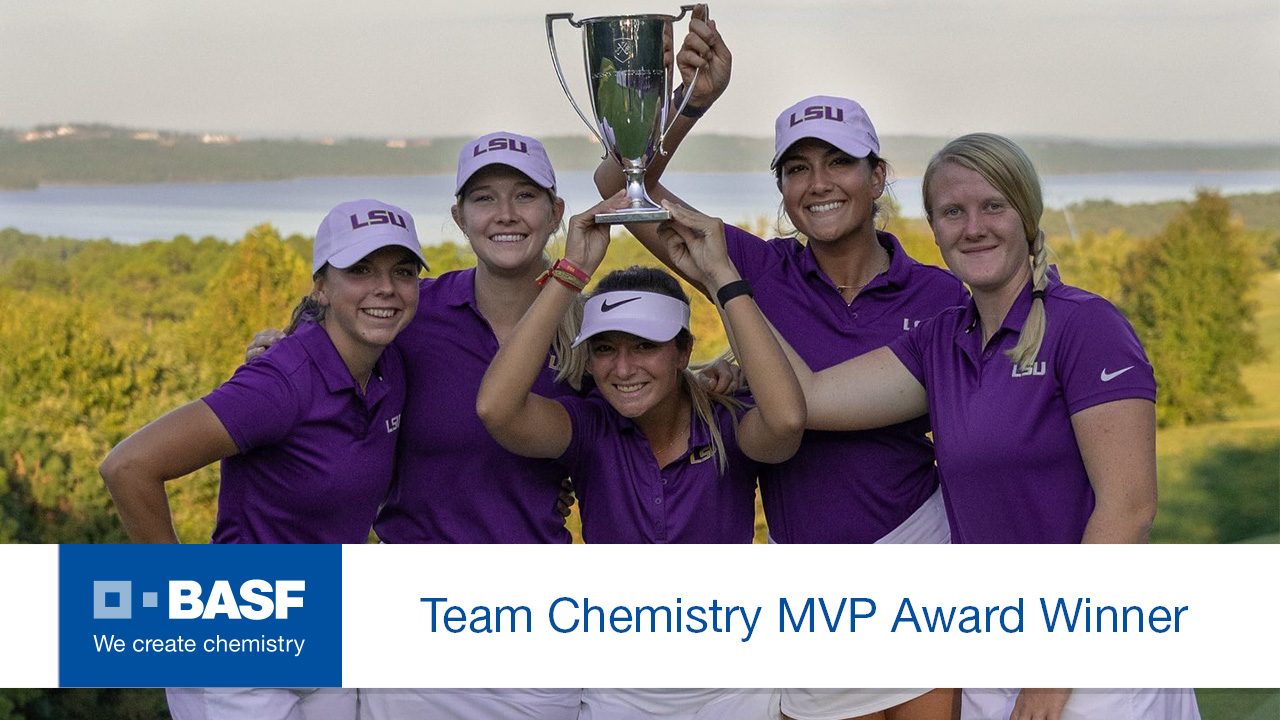 Baton Rouge, La. – The LSU women’s golf team earned BASF Team of the Month honors for the month of October.

The Tigers won the inaugural Jackson T. Stephens Cup at the Alotian Golf Club Roland, Ark., on October 20 as they defeated South Carolina in match play by a final tally of 4-1. The Jackson T. Stephens Cup featured stroke play and match play. Ingrid Linblad and Carla Tejedo Mulet led the Tigers in stroke play with 1-over 217s, which had them tied atop the individual leaderboard after 54 holes of stroke play. Linblad defeated Tejedo Mulet on the first playoff hole to claim the individual title. The following day the Tigers locked up the team trophy by defeating the Gamecocks in match play; Tejedo Mulet Elsa Svensson, Latanna Stone, and Ingrid Lindblad all won their matches to help LSU secure the trophy. The win was the 46th victory in program history.

The Tigers also picked up a fourth place finish in early October at the Illini Women’s Invitational with a three round total of 11-under 853. The Tigers closed out fall play with a sixth place showing at The Ally in West Point, Miss., October 26-27 with a 4-over 868. The Tigers will be back in action next in February of 2022 at the Moon Golf Invitational in Melbourne, Florida.