Soccer Set For Rematch With No. 4 Arkansas at SEC Tournament 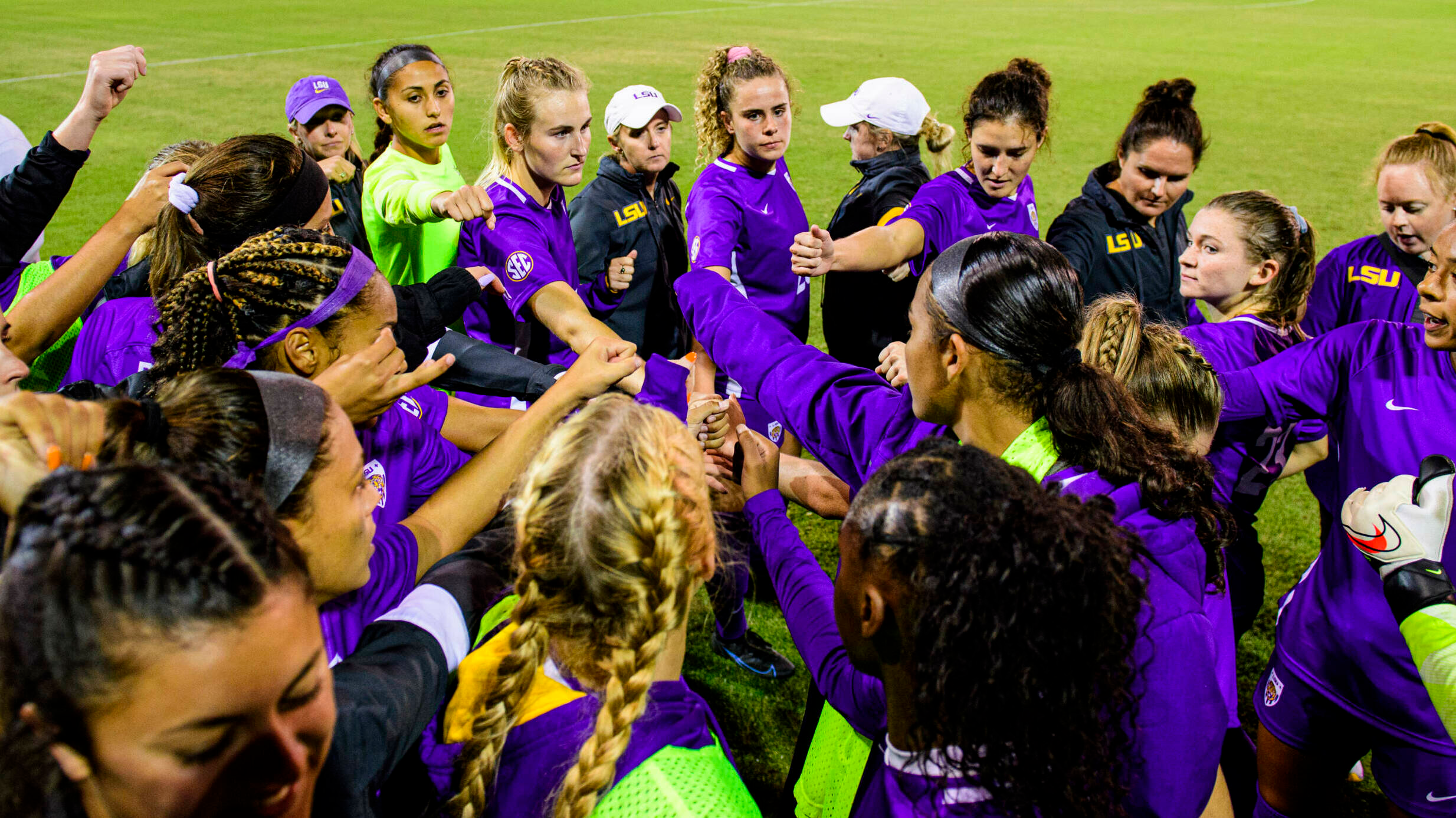 Orange Beach, Ala. – LSU soccer is set for a rematch with the No. 4 Arkansas Razorbacks in the SEC quarterfinals on Tuesday evening at 5 p.m. CT on the SEC Network. The two teams met just five days ago in the regular season finale that saw LSU win by a final score of 4-2.

LSU, the No. 9 seed in the SEC Tournament, took down eighth seeded Georgia on Sunday to advance past the first round. Arkansas is the No. 1 seed at the event after claiming the regular season title with a conference record of 9-1-0. The Tigers have a record of 11-6-1 after Sunday’s draw against Georgia, and Arkansas comes into the contest with a record of 14-3-0.

LSU at the SEC Tournament
Following its draw with Georgia on Sunday, LSU’s all time record at the conference tournament is 11-11-7 in 29 total matches. LSU and Arkansas will meet for the second time at the SEC Tournament. The Tigers and Razorbacks battled to a 1-1 draw in the 2018 SEC title match before LSU prevailed in penalties, 4-1. LSU is 6-2-3 in its last 11 matches in Orange Beach.

In 2018, LSU earned four results in eight days to claim the program’s first ever SEC Tournament title. LSU was the first team to win the SEC title after playing in the opening round since the tournament expanded in 2012. The Tigers battled Arkansas to a 1-1 draw after 110 minutes of play and beat them in penalties, 4-1, for the SEC title.

Last Meeting
Arkansas wasted no time getting off to a hot start in Baton Rouge last Thursday night as they scored in the second minute of the game. LSU answered with the equalizer in the 18th minute from a Shannon Cooke header with the assist going to Tinaya Alexander.

Rammie Noel gave the Tigers the advantage heading into halftime as she scored with her left foot in the 44th minute, and LSU would never trail again. Alexander bagged a brace with goals in the 48th and 90th minutes to give the Tigers the 4-2 win. Athena Kuehn and Molly Thompson assisted on Noel’s goal just before half.

Ranked Wins
LSU head coach Sian Hudson has led LSU to a record of 5-4 against ranked foes during her first two seasons in Baton Rouge. The Tigers beat No. 14 Ole Miss at the 2020 SEC Tournament, and the other four ranked wins have come against No. 15 USF, No. 19 UCF, No. 21 Arizona State and No. 4 Arkansas this year. The win over No. 4 Arkansas on Thursday night was the highest ranked win in program history.

RPI Release
After it’s last two matches, a win versus Arkansas and a draw against Georgia, the Tigers have moved up to No. 41 in the latest Ratings Percentage Index. Tuesday will be another chance for the Tigers to improve their positioning as Arkansas checks in with a RPI of four.