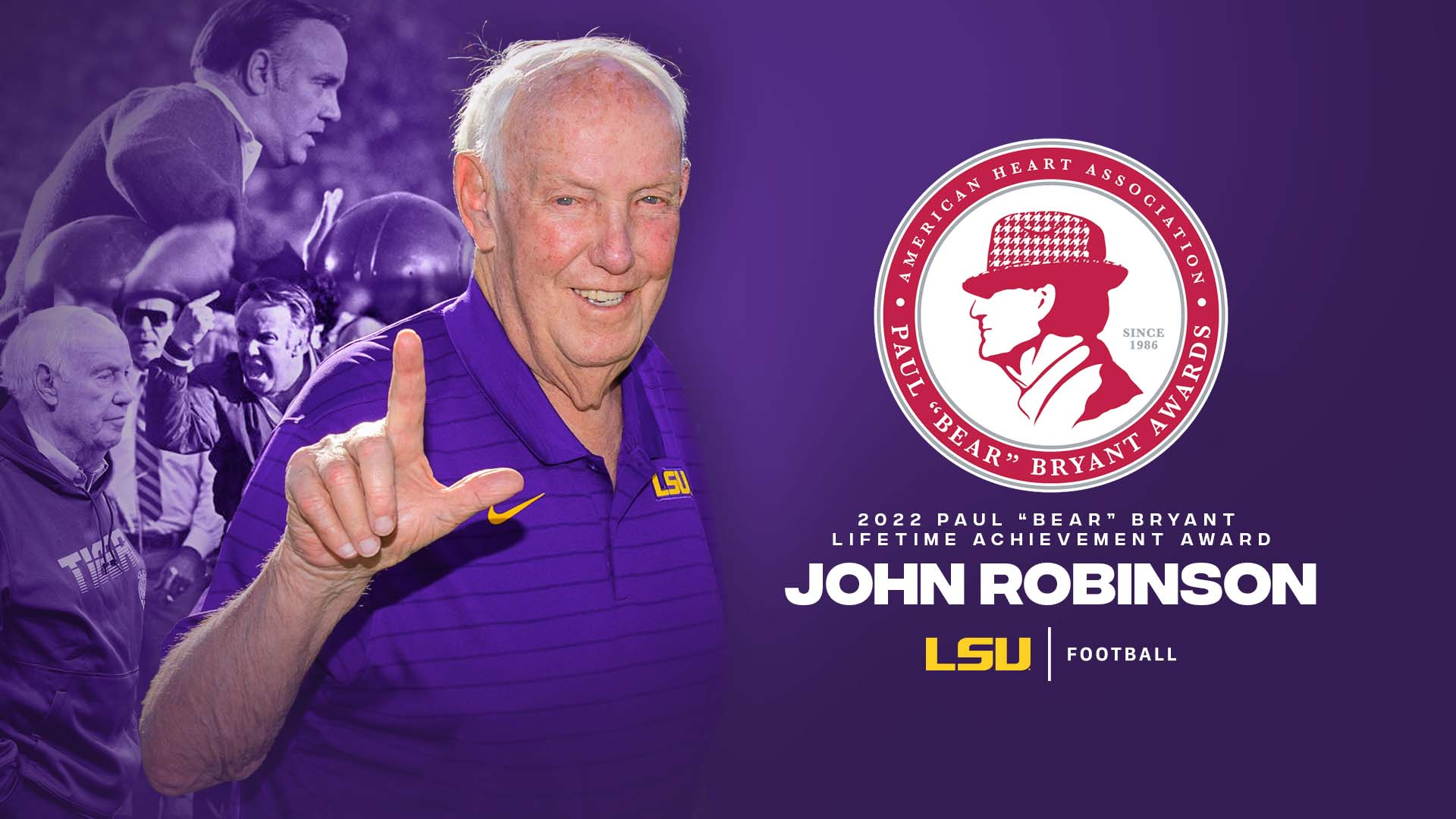 The honor is given to college football’s finest coaches recognizing the outstanding achievements and extraordinary contribution made throughout the coach’s career. Sponsored by Marathon Oil, the presentation of awards will be held on January 12, 2022 in Houston, Texas.

The American Heart Association, the leading voluntary health organization devoted to a world of longer, healthier lives for all, and the Bryant family present this award annually to celebrate Bear Bryant’s legacy and raise awareness and critical funds for research to eradicate cardiovascular disease and stroke, leading causes of death globally. The football coaching legend died from a heart attack in 1983.

Robinson joins a list of football coaching legends that includes Howard Schnellenberger (2021), Bill Snyder (2020), Frank Beamer (2019), Steve Spurrier (2018) among those honored over the years. The Paul “Bear” Bryant Coach of the Year Award will be presented live on January 12, 2022, at the Post Oak Hotel at Uptown Houston, and is the only college coaching honor selected after all bowl games and the national championship conclude.

“Thank you for this honor. I am truly grateful to receive the Paul ’Bear’ Bryant Lifetime Achievement Award,” said Robinson. “It is an even greater privilege to receive this award named after the legendary Coach Bryant. I had the opportunity to coach against him in 1978 when we won 24-14 after a loss in 1977. It was the thrill of a lifetime. This award is a true, full-circle moment for me.”

John Robinson is best known for his two terms as head coach at the University of Southern California (1976–1982, 1993–1997) and for his tenure as head coach of the professional Los Angeles Rams (1983–1991) of the National Football League. Robinson’s USC teams won four Rose Bowls and captured a share of the national championship in the 1978 season. In 2009, he was elected to the College Football Hall of Fame.

Robinson grew up in Daly City, California, where he attended elementary school with future Pro Football Hall of Famer John Madden and graduated from Junípero Serra High School. He attended the University of Oregon, where he played on Oregon’s 1958 Rose Bowl team.

He began his coaching career at the University of Oregon, where he served as an assistant coach under Len Casanova and Jerry Frei from 1960 to 1971. He served as USC’s offensive coordinator in 1972 under John McKay, then served a stint as the Oakland Raiders’ backfield coach in 1975, rejoining Madden, who was by then Oakland’s head coach. Robinson eventually landed at USC where he amassed a career record of 104–35–4.