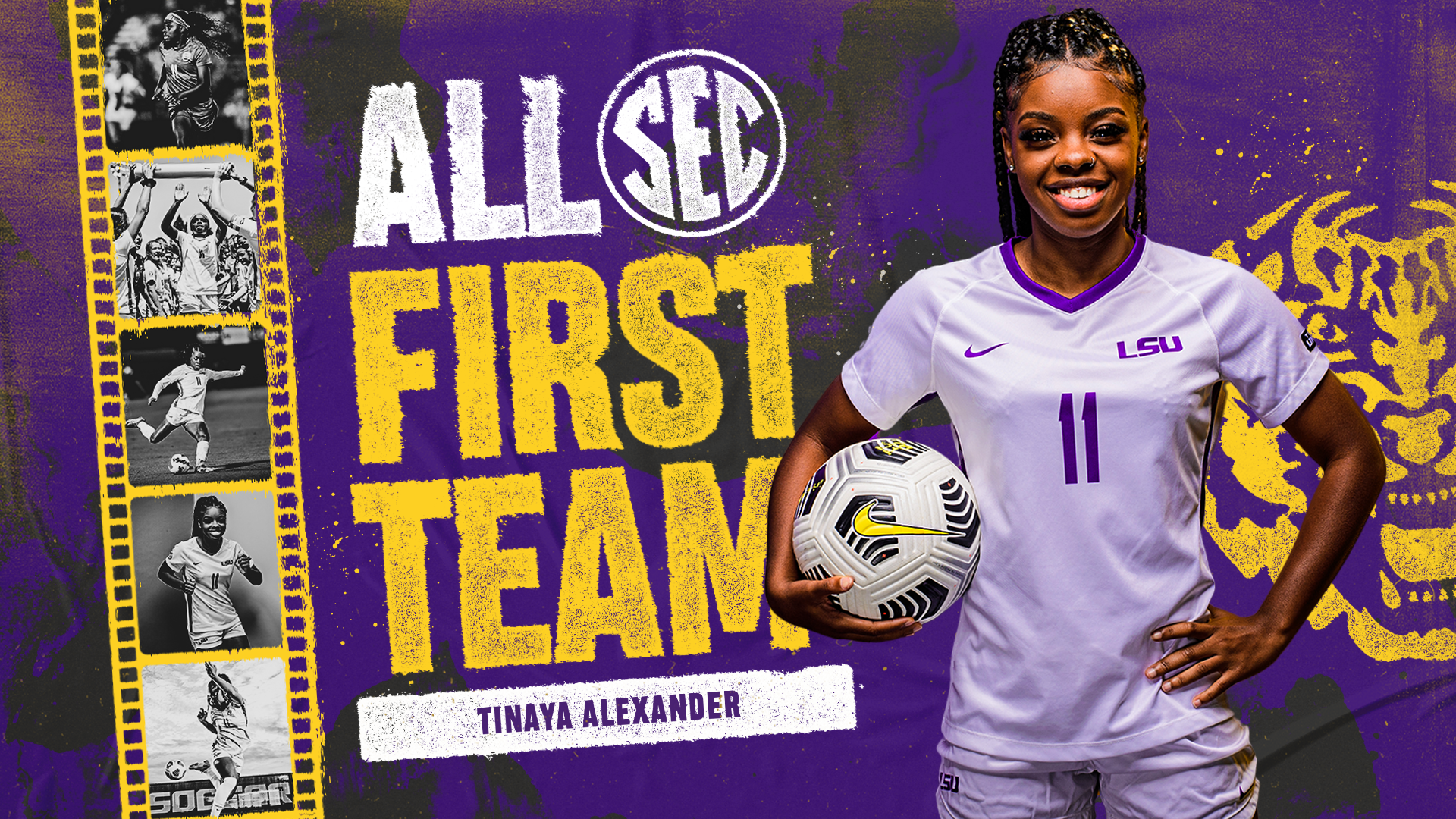 Baton Rouge, La. – LSU forward Tinaya Alexander was named to the First Team All-SEC on Sunday morning prior to the start of the SEC Tournament.

Alexander, a native of Reading, Berkshire, England, was one of four forwards selected to the first team based on votes by head coaches around the league. Alexander has registered a career high 23 points this season with nine goals and five assists. She’s averaging 0.53 goals per game which ranks as the fourth highest average in the SEC this season.

A key factor in LSU’s success this season, the Tigers are 6-0-0 this season when Alexander factors into the scoresheet. She scored a career high four goals in LSU’s match against Sam Houston State University on August 22. Four goals and an assist in that game ranked for the third most points tallied in a single game by an LSU player in program history. She also became only the fourth player in school history to score four or more goals in a game.

Two games later and Alexander notched another goal and assist in LSU’s  2-0 win over No. 19 UCF in Orlando, Florida on August 29. She scored goals in back-to-back games against UL-Lafayette and Mississippi State in early September. Against ULL, she had a goal off her right foot from the right side of the box and she assisted on Molly Thompson’s third goal of her hat trick. She scored a left footed scorcher in LSU’s SEC opener in front of school record crowd of 3,021 people. The goal was good enough to land at the No. 6 spot on SportsCenter Top 10.

She assisted on Riley Dixon’s goal in LSU’s 4-0 win over South Carolina on October 21. She closed out regular season play by fueling LSU’s 4-2 win over No. 4 Arkansas as she slotted in two goals and added an assist; that performance earned Alexander SEC Offensive Player of the Week honors.

Alexander’s career point total sits at 63 points thanks to 21 goals and 21 assists. That point total of 63 currently ranks as the 10th most in LSU history. Her 21 career assists are the third most in school history as well.

Alexander becomes the first player to earn first team honors for LSU since Lucy Parker did so in 2018. For a full list of honorees, visit secsports.com. LSU opens play at the SEC Tournament this afternoon with a match against Georgia at 3:30 p.m. CT on the SEC Network.