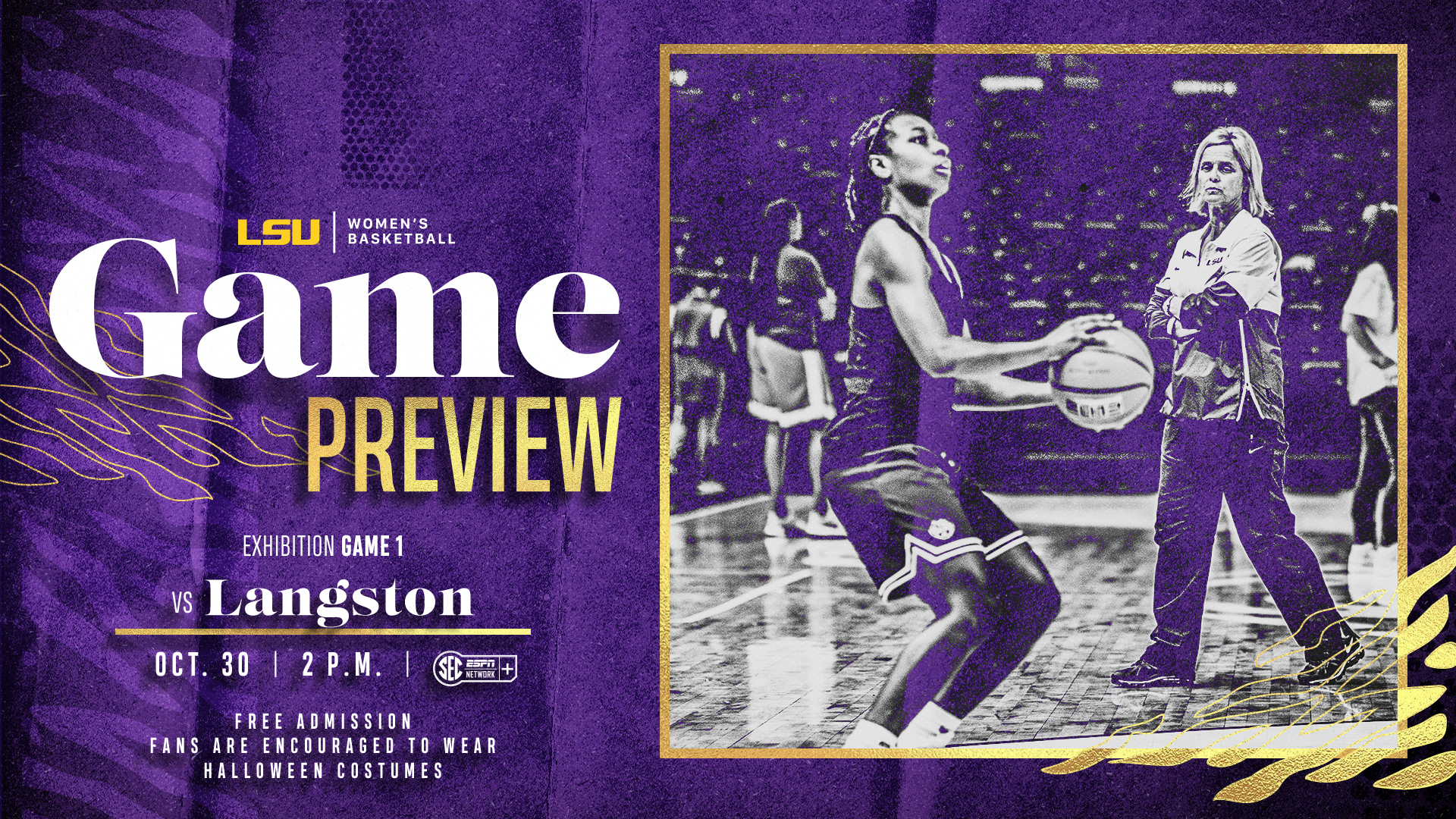 BATON ROUGE – Head Coach Kim Mulkey will lead the LSU Women’s Basketball team against another opponent for the first time Saturday at 2 p.m. CT when the Tigers host Langston in an exhibition game that will be free for fans to attend in the PMAC.

“I’m as excited as a lot of people just to see what I have out there on the floor with the understanding that this game doesn’t count,” Coach Mulkey explained. “It really does count in my mind because it tells me a little bit more about each of them.”

LSU will host one other free exhibition next Thursday at 6 p.m. against Loyola before officially tipping its season off on Tuesday, November 9 at home against Nicholls at 11 a.m. in LSU’s annual field trip game. Season tickets are still available, and fans are encouraged to join the Fast Break Club. Fans are encouraged, but not required to wear masks for games this season.

Both of LSU’s exhibition games will be heard on the LSU Sports Radio Network on 107.3 FM in Baton Rouge and can be streamed online on SEC Network Plus. Fans are encouraged to dress in their Halloween costumes on Saturday. Members of the L Club who are in attendance on Saturday will be recognized at halftime.

“Competitors play to win,” Coach Mulkey said. “I’ll be looking at a lot of things. I don’t even know today who I’m going to start. The people I start may not even end up being the people who end up starting when we when do officially kick this thing off with real games

“I’ll be looking at combinations. Honestly, some of these players look great in practice, some look great in drills – when the lights come on, let’s see what happens.”

Two Tigers have received preseason recognition. Senior guard Khayla Pointer was named to the Preseason All-SEC Team by both the media and the league’s coaches. Sophomore center Hannah Gusters was named to Lisa Leslie Award watchlist earlier Friday as one of the nation’s top 20 centers. The Tigers are receiving votes inside the AP Top-25 Preseason Poll.

Gusters is in her first season at LSU after following Coach Mulkey from Baylor. Pointer is in her fifth season at LSU who decided to return for her additional year of eligibility along with center Faustine Aifuwa and guard Jailin Cherry. Coach Mulkey has credited those three seniors for buying into her new program as leaders on the team.

Langston’s head coach is Elaine Powell who played for the Tigers from 1995-97 and went on to become the first LSU Women’s Basketball player to be drafted to the WNBA. During her time in Baton Rouge, Powell earned First-Team All-SEC Honors and finished her career with 1,163 points. She became a three-time WNBA Champion as a member of the Detroit Shock.

Powell is in her sixth season leading the Lions who compete in the NAIA. Langston finished as the runner-up in the Sooner Athletic Conference last season and qualified for the NAIA Tournament. Langston enters Baton Rouge with two games – both wins – already under its belt.

Langston is led on the floor by forward Asheika Alexander. After taking part in camp with the Minnesota Lynx, Alexander announced earlier this month she would return the Langston for her final season of eligibility. She led the Sooner Athletic Conference last season with 21.75 points per game, leading Langston to its first SAC Women’s Basketball championship game.