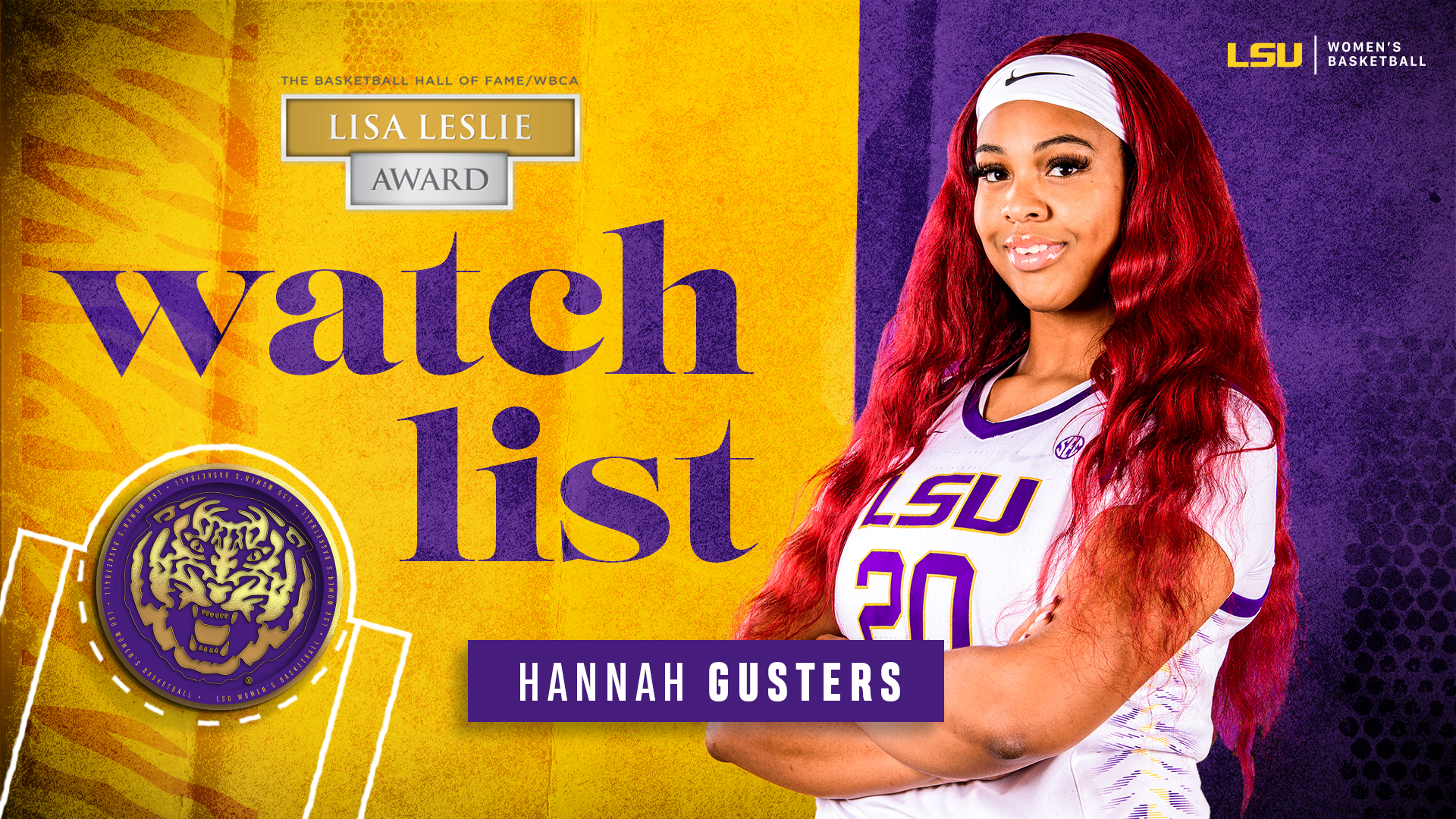 SPRINGFIELD, Mass. – LSU’s Hannah Gusters was named to the Lisa Leslie Award watchlist Friday by the Basketball Hall of Fame and WBCA as one of the nation’s Top-20 centers entering the women’s basketball season.

The Award is named after Lisa Leslie, a three-time All-American, the 1994 National Player of the Year and a Class of 2015 Hall of Famer. It has been awarded annually the past five years and recognizes the top center in women’s NCAA Division I college basketball. A national committee of top college basketball personnel determined the watch list of 20 candidates.

Gusters is entering her first season at LSU after spending her freshman season at Baylor. She transferred to LSU to follow Hall of Fame Coach Kim Mulkey to Baton Rouge. In her one season at Baylor, Gusters was part of a post rotation that featured two All-Americans.

The Dallas, Texas native Gusters scored double-digits six times during her one season in Waco and scored a career-high 22 in a win against Northwestern State. In a win over Kansas, she had a career-best 10 rebounds.

Gusters prepped at MacArthur High School where she was ranked as the nation’s 16th-best prospect as a senior. She earned numerous high school All-America honors which included being named to the prestigious McDonald’s All-America Team, the Naismith All-America Team and the Jordan Brand Classic All-America. As a senior, Gusters averaged 22.1 points and 10.3 rebounds and was named Miss Basketball for the state of Texas.

Gusters joins senior guard Khayla Pointer to earn any sort of preseason recognition as Pointer earned spots on both the media and coach’s Preseason All-SEC teams. The Tigers are receiving votes inside the AP Top-25 Preseason Poll.

LSU will host an exhibition game against Langston on Saturday at 2 p.m. and next Thursday against Loyola at 6 p.m. The Tigers are scheduled to begin their season on Tuesday, November 9 at 11 a.m. for their annual field trip game. Season tickets are still available, and fans are encouraged to join the Fast Break Club.

“Lisa Leslie is one of the most decorated basketball players of all time, men or women, at the collegiate, international and professional levels, said John L. Doleva, President and CEO of the Basketball Hall of Fame. “The student-athletes that have been named to the watchlist for this award are unquestionably among the best our game has to offer, and we’re excited to watch them take the court and do what they do best this season. Most talented in the game today and we are very excited to watch them take the court this season. We thank Lisa for her involvement in this selection process, as well as our esteemed committee members and Dell Technologies who makes our fan voting component possible.”

College basketball fans are encouraged to participate in Fan Voting presented by Dell Technologies in each of the three rounds. In late January, the watch list of 20 players for the 2022 Lisa Leslie Center of the Year Award will be narrowed to 10 and then in late February to just five. In March the five finalists will be presented to Ms. Leslie and the Hall of Fame’s selection committee where a winner will be selected.