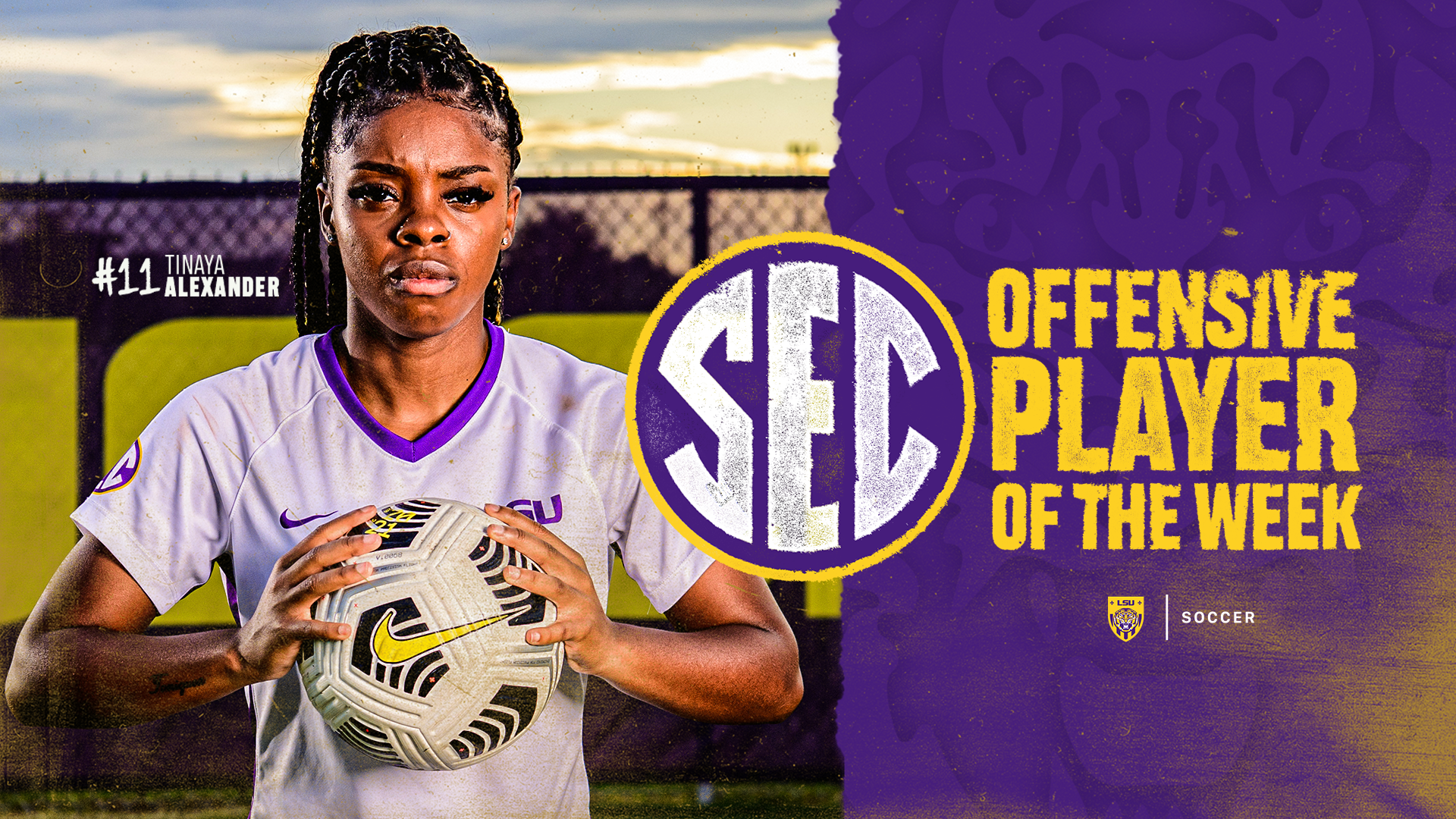 Alexander grabbed two goals and an assist to lead the Tigers past No. 4 Arkansas, 4-2, on Thursday night. The win was the highest ranked win in program history and secured a spot for LSU in the 2021 SEC Tournament.

Down 1-0 in the 18th minute, Alexander won a free kick on the edge of the box. She swung in the free kick and found the head of defender Shannon Cooke, who powered the ball into the back of the net to tie the match at 1-1.

Only three minutes into the second half, Alexander capitalized on a high press from LSU to win the ball at the top of the box. Alexander took two touches, cut inside on her left foot, and hit a shot that beat the Razorback goalkeeper and put the Tigers up 3-1 on the night.

In the final seconds of the match, Alexander found herself on the end of a through ball with only one defender to beat. Alexander carried the ball into the box and shrugged off her defender before rounding the goalkeeper and slotted the ball into the goal to make it 4-2 on the night and round the game off in style.

The goals were Alexander’s eighth and ninth of the season and the assist took her to five on the year. The assist was the 21st of her career, which put her at third place in the LSU All-Time Assist List. The five points took her career point total to 63, good enough to place her tenth on the LSU All-Time Point List.

This is the second time in her career Alexander has been honored as SEC Offensive Player of the Week.